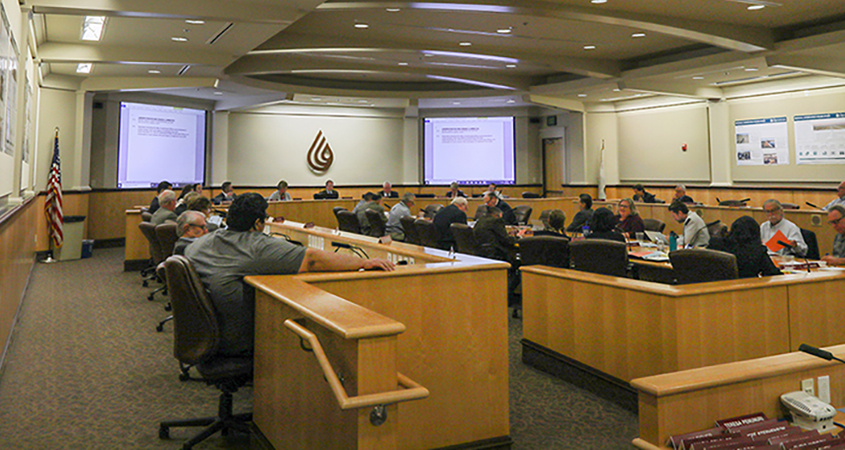 The Water Authority Board’s decision represents a major step toward resolving the litigation, which has been pending for more than 10 years. The suits challenged water rates and charges imposed by MWD on San Diego County agencies and their ratepayers from 2010-2018. The Water Authority’s Board action will allow the parties to avoid a trial scheduled for June 2020 and clear the way for judgment to be entered in the older cases.

“Late last year, the MWD Board of Directors approved more than $350 million for water supply projects in San Diego County,” said Jim Madaffer, chair of the Water Authority’s Board of Directors. “That was a major development, and today’s action by our Board recognizes that fact, along with other actions the MWD Board has taken recently in response to the Water Authority’s claims and prior court rulings.”

“Our Board carefully weighed the options before them, including whether more settlement negotiations would be productive at this time,” said Water Authority Board Secretary Christy Guerin, who is leading settlement efforts for the Board.

“While we had hoped for a comprehensive settlement, our Board ultimately decided that the most efficient path forward was to unilaterally implement major elements of our last settlement offer, including dismissal of our Water Stewardship Rate on supply claims,” Guerin said. “We wanted to acknowledge MWD’s recent board actions, both approving funding for San Diego County and stating it will no longer impose its Water Stewardship Rate on the Water Authority’s Exchange Agreement.”

Judgment in the 2010-2012 cases may now be entered promptly. In prior proceedings, the court ordered MWD to increase the Water Authority’s right to MWD water by approximately 100,000 acre-feet a year, equivalent to about twice the annual production of the $1 billion Carlsbad Desalination Project. MWD has already complied with this ruling and adjusted its records accordingly.

“While today’s Water Authority Board action does not resolve all of the issues, it is a major step forward toward that objective,” said Water Authority Board Vice Chair Gary Croucher. “This action positions us to resolve all cases as quickly as possible on terms that will continue to protect the long-term interests of San Diego County ratepayers.”

The Water Authority remains committed to work with MWD on important issues, including planned updates to MWD’s water resource and financing plans, as well as advancing other policies and programs to promote long-term water supply reliability for San Diego County and the rest of Southern California.

Click here for more information about the rate case litigation, including today’s letter from the Water Authority to MWD.

Office of the Governor of California@CAgovernor·

LIVE NOW: Governor @GavinNewsom announces the launch of an initiative to help ... older Californians stay connected while they stay home during the #COVID19 outbreak. https://twitter.com/i/broadcasts/1mrGmQeagjDGy

Thank you to our water pros who keep the water flowing! Water Authority crews ... who are critical to the operation & maintenance of key water infrastructure continue to work and conduct normal job functions to provide safe and reliable water supplies to the San Diego region. 🚰 💧

Thank you to our water pros who keep the water flowing! 👏 Water Authority crews who are critical to the operation & maintenance of key water infrastructure continue to work and conduct normal job functions to provide safe and reliable water supplies to the San Diego region. ... see moresee less

Dam removal:
With so many competing demands, the Klamath River has come to symbolize a larger struggle over the increasingly precious water resources of the U.S. West, and who has the biggest claim to them. bit.ly/39xQPi2 ... see moresee less

• Opinion: Your tap is the safest source of water during this pandemic