Mandatory water cutbacks sure seem inevitable, even imminent, in California, by the numbers, by the images of emptying reservoirs, by the arc of history.

California just had its hottest summer on record, tying the 1936 Dust Bowl summer with average temperatures 2.6 degrees above normal. California also just had its second driest water year on record and worst since 1924, with just 11.87 inches of rain and snow statewide, about half the average. And California is in its second-worst year ever for wildfire damage, with nearly 2.5 million acres burned as of this month. The only worse year for that? 2020. 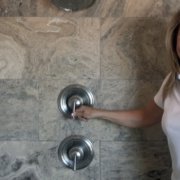 San Diego County residents joined Americans across the country marking Thursday, October 21 as “Imagine A Day Without Water.” The nationwide awareness campaign offered opportunities to learn about our nation’s water systems and the hard work that goes into ensuring a day without water doesn’t become a reality for their community.

The day-long event is sponsored by the U.S. Water Alliance, the only national nonprofit organization with a diverse membership base representing the range of water champions, including water utilities, public officials, the business community, environmental organizations, community leaders, policy organizations, and researchers.

Imagine a Day Without Water

The Vallecitos Water District partnered with the City of San Marcos to promote Thursday’s awareness efforts among its residents. San Marcos Mayor Rebecca Jones starred in a video produced by VWD to highlight its water infrastructure investments. In the video, Mayor Jones encourages residents to conserve water. The San Marcos City Council officially proclaimed October 21, 2021 as “Imagine a Day Without Water.”

California Governor Gavin Newsom extended the state’s drought emergency on October 19, appealing to all Californians to do more to conserve water in the face of one of the state’s most severe droughts on record. The declaration added eight remaining counties, including San Diego County, not under the original declaration made in July.

In the United States, aging infrastructure, intensified weather events, and a lack of investment have kept more than two million residents from accessing safe and reliable water and wastewater services. Member agencies, including the Vallecitos Water District along with the San Diego County Water Authority, continue to develop and maintain safe, reliable water supplies and critical infrastructure through strategic planning, long-term investments, and state-of-the-art technologies.

Mired in an historic drought, California is set to get its first significant soaking of the season this week, with storms forecasted to dump up to 7 inches (18 centimeters) of rain in parched parts of the state.

But the rain, which comes after wildfires have collectively burned more than 3,898 square miles (10,096 square kilometers) this year, won’t be enough to make up for all the water California lost over the summer following some of the driest months on record.

Tuesday, state water officials warned one of the state’s large reservoirs in Mendocino County could run dry by next summer. Meanwhile, new data showed Californians lowered their water usage by just 3.5% in July and August, far from the 15% reduction Gov. Gavin Newsom had requested earlier this year.

Recent news stories highlighted the investments by the San Diego County Water Authority and its 24 member agencies to create a plentiful water supply for the region, helping to weather dry times like the current drought.

The New York Times, Spectrum News 1, The Wall Street Journal and Wired Magazine are among several news organizations that have reported on the region’s water supply projects, current and future, that ensure the 3.3 million residents of the county won’t be left high and dry during times of drought.

Newsom also authorized California’s water regulators to ban wasteful water use, such as spraying down public sidewalks, and directed his Office of Emergency Services to fund drinking water as needed. But he stopped short of issuing any statewide conservation mandates.

“As the western U.S. faces a potential third year of drought, it’s critical that Californians across the state redouble our efforts to save water in every way possible,” Newsom said in a statement.

In many parts of the state, reservoirs are hitting some of their lowest recorded levels.

According to a new report from the New York Times, the San Diego County Water Authority estimates that it would have sustainable water supplies through 2045 even if these dry conditions persist for years.

The county’s key water storage site San Vicente Reservoir is about as full as usual, which is in stark contrast to the rest of the state’s reservoirs. 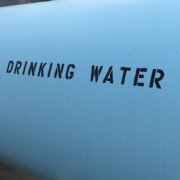 News stories by national and regional media outlets highlighted the investments by the San Diego County Water Authority and its 24 member agencies to create a plentiful water supply for the region, helping to weather dry times like the current drought.

The New York Times, Spectrum News 1, The Wall Street Journal and Wired Magazine are among several news organizations that have reported on the region’s water supply projects, current and future, that ensure the 3.3 million residents of the county won’t be left high and dry during times of drought. The news stories also recognize the successful efforts by the region’s residents to significantly reduce water-wasting practices by embracing a “conservation ethic.”

California-based reporter Jill Cowan visited the Claude “Bud” Lewis Carlsbad Desalination Plant and the San Vicente Reservoir, among other locations, for her article in The New York Times. The news story covers regional water supply projects and investments made by the Water Authority and its member agencies to ensure San Diego County would not be stuck “at the end of the pipe” during periods of drought.

“There are no silver bullets anywhere,” said Jeffrey Mount, a senior fellow with the Public Policy Institute of California’s Water Policy Center, who noted San Diego’s strides. “They’re definitely in the upper echelon of these creative approaches.”

Chula Vista resident and Sweetwater Authority customer Paul Rodriquez was highlighed in the story as one of many county homeowners who are WaterSmart: Conserving water by yanking out turf for drought-tolerant landscaping and using water-efficient fixtures indoors. 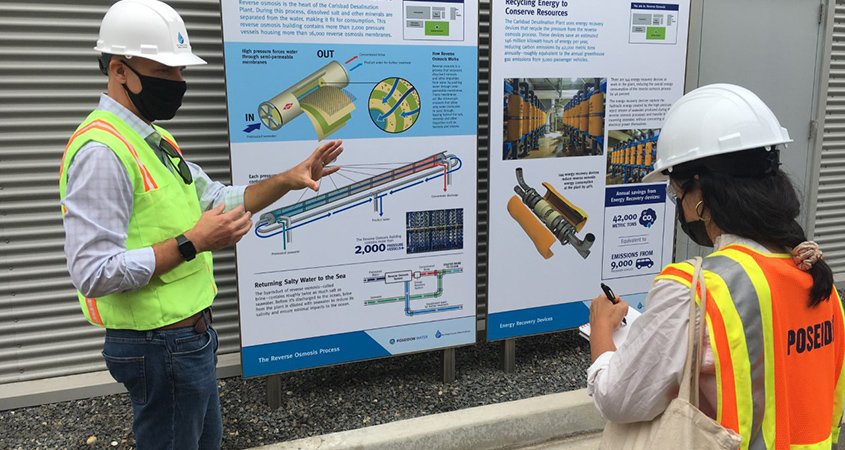 “Of course being at the end of a pipeline, when there’s little water available, you are at high risk. So, our community came together and said let’s diversify,” Kerl said.

Fast-forward 30 years later, and the San Diego County Water Authority has multiple streams of water sources in its portfolio, including the groundbreaking Carlsbad Desalination Plant that utilizes ocean water to provide the region with about 10% of its drinking water. 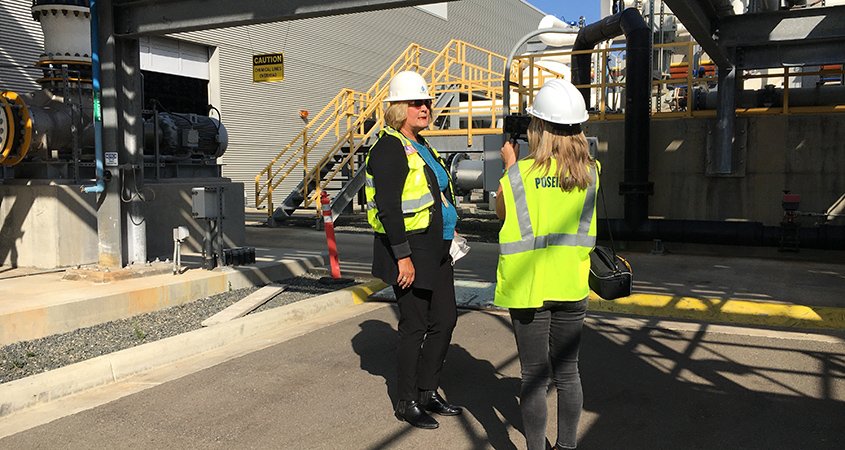 If that all sounds like a rather convoluted way to get drinking water, that’s because the American West is facing a rather convoluted climate crisis. San Diego—and the rest of Southern California—have historically relied on water from Northern California and the Colorado River. But they’ve always been at the end of the line. The river hydrates 40 million other people in Colorado, Wyoming, Utah, Arizona, Nevada, and New Mexico, and it is withering under a historic drought, a harbinger of even worse water scarcity to come as the climate warms.

So San Diego has to figure out how to do more with less water. The Pure Water program aims to provide more than 40 percent of the city’s water from local sources by the year 2035 by reusing water recycled from homes and businesses. (That means water that has flowed through sinks, showers, toilets, and washing machines.) “We’re diversifying the portfolio,” says Todd Gloria, San Diego’s mayor. “We’re heavily dependent upon water that comes from very far away, and that’s a problem that we have to address.” 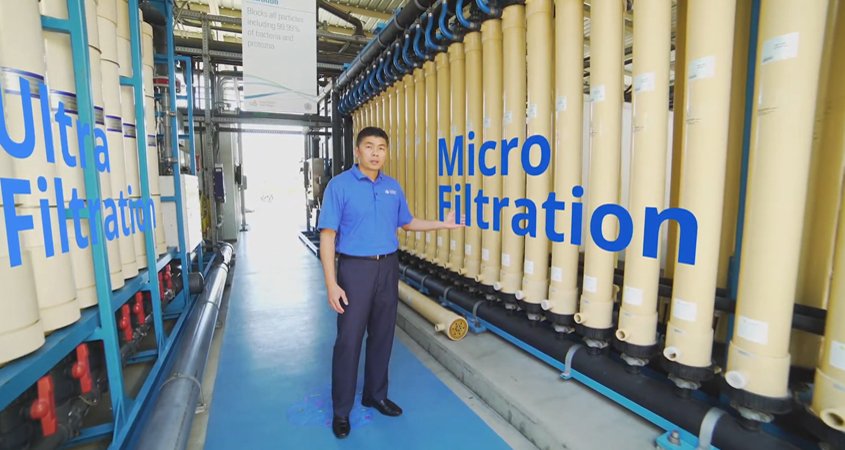 If you're able to recycle water on a large scale, you’ve got a powerful hedge against drought.

“That's an extraordinarily reliable supply, being able to access that flow of wastewater, clean it up, and then use it to offset the need for other supplies." https://t.co/huni1ygAsN

Reporter Jim Carlton with The Wall Street Journal, visited San Diego County earlier in 2021, reporting on the differences in water supply and drought conditions in California: “California’s Drought Leads to Cutbacks in Marin County but Not in San Diego”

The pain of a two-year drought drying up the American West isn’t being felt evenly across the country’s most populous state.

That is because Southern California water agencies have for decades invested in new ways to diversify their supplies and recycle what they get, say people who study and work with water in the West. In Northern California, meanwhile, a history of more plentiful rain and snow meant many communities were less prepared for the latest drought and now more homes and businesses must cut back. 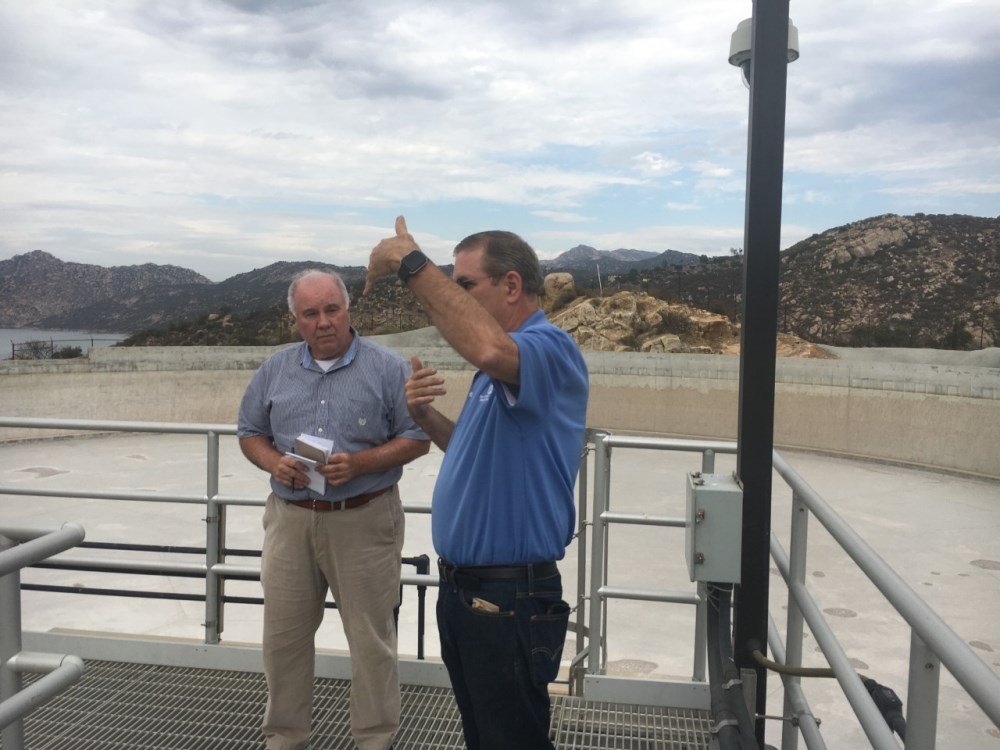 It’s beyond ironic that the driest, most-populated parts of California are in reasonably good shape whereas the less-populated rainiest parts of the state are in dire straits. San Diego, for instance, had so much water during the last drought that it had to release some of it from its reservoirs. It has plenty of water during this current drought.

“It’s critical that Californians across the state redouble our efforts to save water in every way possible,” Gov. Gavin Newsom said.https://t.co/6t7X3rzeen

(Editor’s note: This story was updated on October 20. The Sweetwater Authority and the City of San Diego are two of the San Diego County Water Authority’s 24 member agencies that deliver water across the metropolitan San Diego region.)

In many parts of California, reminders abound that the American West is running out of water. “Bathtub rings” mark the shrinking of the state’s biggest reservoirs to some of their lowest recorded levels. Fields lie fallow, as farmers grapple with an uncertain future. A bed-and-breakfast owner spends $5 whenever a tourist showers. But not in San Diego County. In this coastal desert metropolis, life has stayed mostly the same for residents already accustomed to conserving what they have long treated as a precious resource.

Encinitas, Calif. — At its October 13 meeting, Olivenhain Municipal Water District’s Board of Directors received an informational report on water supply conditions. OMWD will remain at Level 1 of its Water Shortage Contingency Plan, which calls for voluntary conservation efforts.

OMWD moved out of a Level 2 Water Supply Shortage condition, which has mandatory water use restrictions, and down to Level 1, on July 20, 2016, as a result of a State Water Resources Control Board order allowing agencies to determine their conservation standard based on the ability to meet demands with existing supplies. Since July 20, 2016, OMWD has remained in Level 1.

The Center for Western Weather and Water Extremes, or CW3E, at Scripps Institution of Oceanography, released its report October 11 on atmospheric rivers during Water Year 2021.