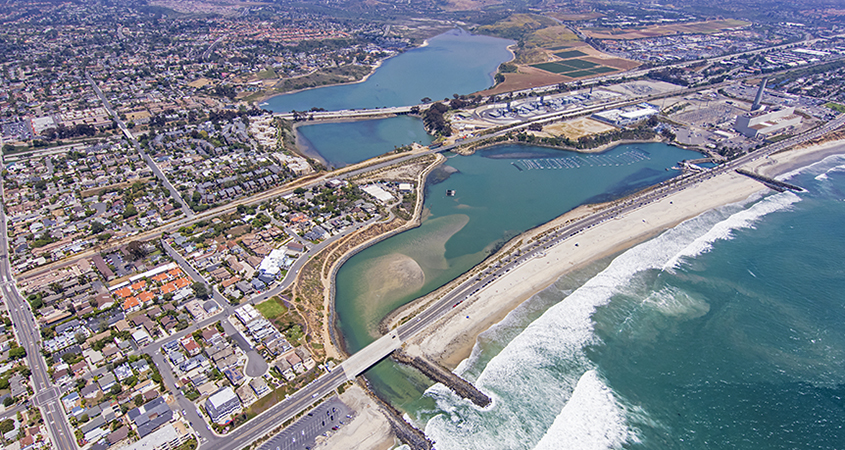 Bonds from the Carlsbad Desalination Plant and pipeline were upgraded to BBB and given a stable outlook in a new report from Fitch Ratings, affirming the project’s sound management and its ability to provide a stable, reliable source of drinking water to the San Diego region.

As the largest, most technologically advanced and energy-efficient plant of its kind in the nation, the Claude “Bud” Lewis Carlsbad Desalination Plant’s stability stems from an effective collaboration between Poseidon Water and the San Diego County Water Authority.

That partnership will continue under a transfer of ownership from Orion Water Partners to Aberdeen Standard Investments approved Thursday by the Water Authority’s Board of Directors. The transfer – made public in June – will not alter day-to-day operations at the Carlsbad facility or create a fiscal impact to the Water Authority.

“We are honored that maintaining Poseidon Water as the facility manager was integral to the Water Authority’s approval of the ownership transfer and by the Water Authority’s acknowledgement of our exemplary stewardship of this valuable resource,” said Carlos Riva, CEO of Poseidon Water. “We look forward to working alongside our new partners to continue providing the San Diego region with a climate-resilient drinking water supply and ensuring the plant continues its strong operations.”

Desalination plant is ‘hedge against drought’

Water Authority Board Chair Jim Madaffer said the desalination plant is a valuable asset that provides high-quality water, a hedge against drought and insurance against earthquakes that could disrupt imported water deliveries. “With more than 50 billion gallons of water produced and counting, the Carlsbad plant is a critical part of our region’s infrastructure – and we don’t expect the sale to change that in any way,” he said. “In fact, we anticipate many more years of productive partnering with Poseidon.”

Plant partners also praised the improved ratings for the desal plant and the associated pipeline by Fitch Ratings, which upgraded bonds from BBB- to BBB based on the plant’s strong operational record, updated financing projections for capital improvements, and Fitch’s expectation that the positive trend in financial and operational performance will continue.

Also this week, Moody’s affirmed its Baa3 rating for the plant and pipeline bonds. When those bonds are refinanced, higher ratings are expected to save ratepayers money by lowering the interest rate paid on the debt.

Since its inception as a public-private partnership, the Carlsbad facility has received numerous national and international awards.

The P3 approach allowed the Water Authority to develop new, capital-intensive, public-serving infrastructure without incurring debt or negatively affecting bond ratings, a fact recognized in 2016 when S&P raised the Water Authority’s credit rating to AAA citing, in part, the successful delivery of the Carlsbad facility.