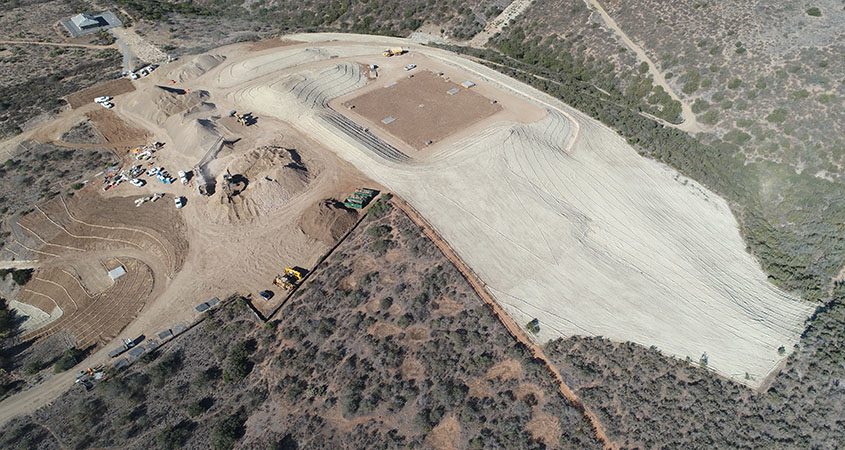 The FRS II project, which began construction in spring 2020, includes a new 5-million-gallon underground covered reservoir, a flow control facility and pipeline interconnections. The reservoir is covered with soil and vegetation, except for several access hatches and vents that allow for air movement inside the reservoir. FRS II is the Water Authority’s second underground water tank located in Mission Trails Regional Park – the other one, located just west of the new one, is a treated water tank. The two tanks work to efficiently move water through the region, ultimately to customer’s homes and businesses.

“The Water Authority thanks the community for their patience while crews work to successfully build this important water delivery project,” said Michael Heu, the Water Authority’s construction manager for the project. “With the project completed, we are pleased to reopen the park trails which were previously impacted due to construction activity. The public’s safety was a top priority during this work.”

During construction, the Water Authority worked in partnership with key stakeholders, community partners, and the public to keep them well-informed about project status and park trail closures. Key construction highlights include:

The FRS II further enhances the Water Authority’s regional water delivery system – a system capable of delivering 900 million gallons of water each day to its 24 member agencies. The new Flow Control Facility delivers from 1 to 140 cubic feet per second of water to member agencies downstream of Mission Trails Regional Park.

Commitment to the Environment

While the Mission Trails Regional Park is known for its 8,000 acres of open space that draw hikers and outdoor enthusiasts, major sections of the Water Authority’s regional water delivery system run underground in the western portion of the park. When construction is required for pipeline maintenance or upgrading water facilities, the Water Authority makes minimizing the impact on the environment a top priority and the construction of the FRS II was no different.

Under the 2006 Good Neighbor agreement with the Mission Trails Regional Park Citizen’s Advisory Committee, the Water Authority is committed to rehabilitating any native habitats and open spaces in the park that are disturbed during construction to their natural state.

Since construction of the FRS II required some removal of native plants, the Water Authority pledged to plant and restore native vegetation of about 17 acres in the park. 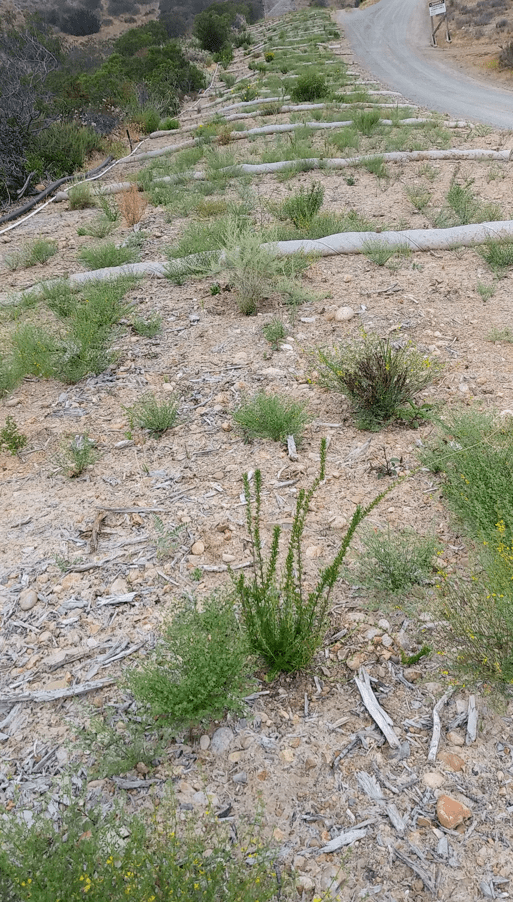 Efforts for Revegetation and Hydroseeding

A critical part of successfully restoring the plant life began with mapping the plant habitats and soil types in the construction areas, then harvesting seeds from the native plants.

Before construction began in 2020, approximately 225 pounds of live seed were gathered from within the park and taken to a dedicated nursery. From these seeds, more than 22,000 native plants were grown and are currently being planted over a 17-acre area.

“The seeds harvested from the park prior to construction were twice as fertile than expected, which led to great success in growth,” said Summer Adelberg, Water Authority Principal Water Resource Specialist, who leads the revegetation efforts for the project. “We are pleased with the large number of plants already established throughout the project.”

Monitoring and Maintenance of Restored Areas

While water has already begun flowing through the underground storage tank structure, the restoration work and regrowth in the construction areas is far from over.

Once the planting is complete, each restored site will undergo a 120-day plant establishment period where the areas will be watered, weeded and maintained. That will be followed by a five-year maintenance and monitoring period to ensure the successful growth of the new plants.

In a few years, when revegetation has succeeded, you could be standing on top of nearly five million gallons of water and the only evidence of the massive underground tank will be small service hatches surrounded by native plants. 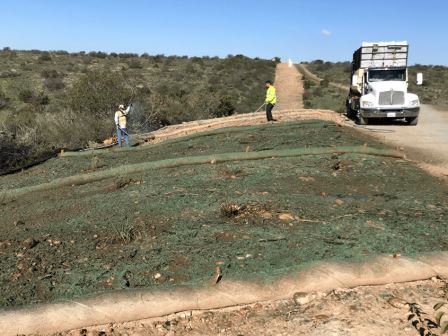