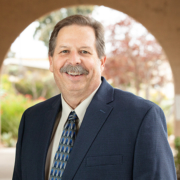 I’m so pleased to report that a large-scale renewable energy project proposed jointly by the City of San Diego and the San Diego County Water Authority received $18 million in the state budget signed this month by Gov. Gavin Newsom. That money will advance the San Vicente Energy Storage Facility through initial design, environmental reviews, and the federal licensing process – a huge boost for a project with a huge upside for the region.

This is one of the most promising pumped energy storage solutions in California, and it would be a major asset to help avoid rolling blackouts through on-demand energy production while helping to meet state climate goals. It also could mitigate costs for water ratepayers across the San Diego region by generating additional revenue to help offset the cost of water purchases, storage, and treatment. The City and the Water Authority are developing the project together, just like they did to raise the height of the city-owned San Vicente Dam 117 feet in the 2010s.

We owe a debt of gratitude to Gov. Gavin Newsom and Senate President pro Tempore Toni G. Atkins for ensuring funding for this critical infrastructure project, which will create more than 1,000 construction-related jobs in addition to its other benefits.

With state funding in place, the Water Authority and the City are preparing to launch federal and state environmental reviews, seek a project license from the Federal Energy Regulatory Commission, and issue a Request for Proposals for a full-service private partner to help develop the project. Those complex components are expected to take at least four years, with construction completion forecast for 2030.

Pumped energy storage projects are designed to store excess renewable energy from solar and wind during the day, and then discharge that energy when energy use increases in the evening and renewable energy is not available.

For more details about the San Vicente Energy Storage Facility go to: www.sdcwa.org/projects/san-vicente-pumping-facilities/ 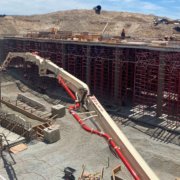 The project will upgrade the Water Authority’s untreated water system in Mission Trails Regional Park. When finished in 2022, the upgrades will provide more reliable water delivery to treatment plants that serve the central and south sections of San Diego County.

Construction began in March 2020 just as the coronavirus pandemic began. As an essential infrastructure project, construction on the water project continued during the pandemic.

The project includes construction of a new 5-million-gallon underground covered tank, flow control facility and pipeline connections. The largest component of the project is the building of the underground tank called a flow regulatory structure (FRS II) which will be used to balance flows in the aqueduct system.

One June 11, the pouring of concrete to create the roof for FRS II began. FRS II will be the second underground water tank in the park – both work to efficiently move water through the region.

Construction efforts are also underway to build the new flow control facility. Once construction is complete, the work area will be graded to its previous contours and revegetated with native plants – many seeded from plants within the park itself.

New construction activities have begun about a half mile north of the FRS II. This most northern construction site will be used to connect the water flowing through the Water Authority’s pipelines to the FRS II.

Some trails closed for construction safety

To keep trail users safe, some trails are closed through early 2022 when work is complete. Signs are posted to clearly mark the closures, detours and provide a map to find alternative routes. In addition, the Water Authority created an interactive map showing the location of the closed trails. Go to www.sdcwa.org/mission-trails-FRS to view the map and learn more about the project. 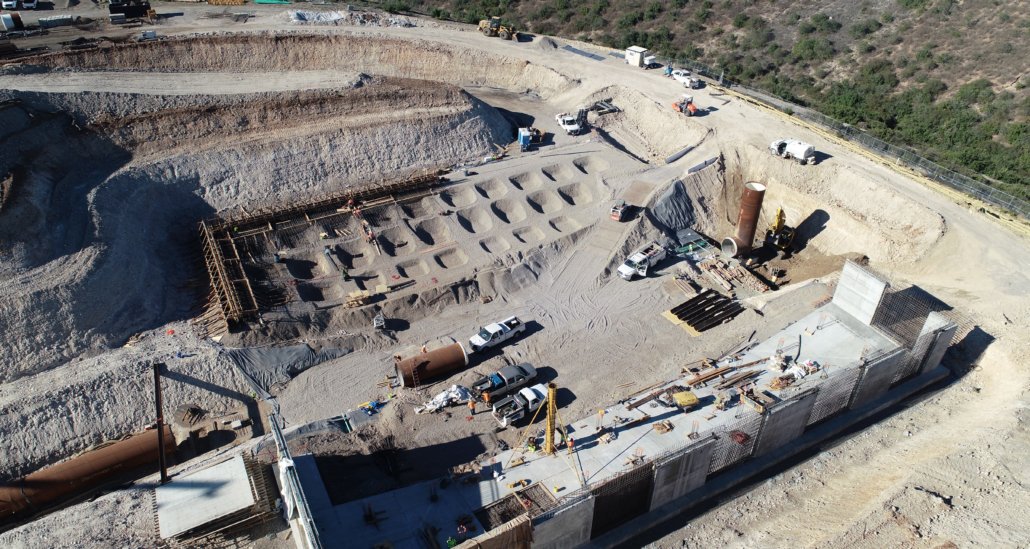 The Sweetwater Authority has added another day for the public to enjoy activities at the Sweetwater Reservoir in Spring Valley. Previously open Saturdays through Mondays, the Authority expanded operations to include Fridays to give residents more opportunities to get outside and experience nature this summer.

Mechanical engineer Brent Yamasaki set out amid the recent blistering heat wave to take stock of the giant dams, pumps and pipes that support Diamond Valley Lake in Riverside County, the largest storehouse of water in Southern California.

Water in a key California reservoir will fall so low this summer that its hydroelectric power plant will be forced to shut down for the first time, officials said Thursday, straining the state’s already-taxed electric grid. An unrelenting drought and record heat, both worsened by the changing climate, have pushed the water supply at Northern California’s Lake Oroville to deplete rapidly.

Full Story
https://www.waternewsnetwork.com/wp-content/uploads/2018/02/water-news-network.png 0 0 Kimberlyn Velasquez https://www.waternewsnetwork.com/wp-content/uploads/2018/02/water-news-network.png Kimberlyn Velasquez2021-06-18 10:17:172021-06-18 10:33:36A California Reservoir is Expected to Fall So Low That a Hydro-Power Plant Will Shut Down for First Time

The reservoir created by Hoover Dam, an engineering marvel that symbolized the American ascendance of the 20th Century, has sunk to its lowest level ever, underscoring the gravity of the extreme drought across the U.S. West.

Lake Mead, formed in the 1930s from the damming of the Colorado River at the Nevada-Arizona border about 30 miles east of Las Vegas, is the largest reservoir in the United States. It is crucial to the water supply of 25 million people including in the cities of Los Angeles, San Diego, Phoenix, Tucson and Las Vegas.

There is dry, and then there is desiccated.

As any movie fan knows from the classic film Chinatown, California is an infamously thirsty place. But this year, even by its own standards, the state is shockingly, scarily parched. So far in 2021, the state has received half of its expected precipitation; that makes it the third driest year on record according to California’s Department of Water Resources.

This past week, as temperatures from Sacramento up to the Oregon border topped 100º Fahrenheit, the intense heat evaporated the remaining water at an astonishing pace, creating scenes more reminiscent of Hollywood-manufactured dystopias like Mad Max than the lush paradise Americans are used to envisioning on their West Coast.

With the Colorado River’s largest reservoir just 38% full and declining toward the threshold of a first-ever shortage, Arizona water officials convened an online meeting this week to outline how the state will deal with water cutbacks, saying the reductions will be “painful” but plans are in place to lessen the blow for affected farmers next year.

Lake Mead’s decline is expected to trigger substantial reductions in water deliveries in 2022 for Arizona, Nevada and Mexico. The largest of those cuts will affect Arizona, slashing its Colorado River supplies by 512,000 acre-feet, about a fifth of its total entitlement.

When it comes to water in the West, a lot of it is visible. Snow stacks up high in the mountains then eventually melts and flows down into valleys. It’s easy to see how heavy rains and rushing rivers translate into an abundance of available water. But another important factor of water availability is much harder to see. Beneath the surface, the amount of moisture held in the ground can play a big role in how much water makes it down to rivers and reservoirs – and eventually into the pipes that feed homes and businesses.

While most people in Colorado live on the Front Range, most of the state’s water is on the West Slope. That’s where the snowpack melts and makes its way into the Colorado River. Much of that water flows to places like Denver through a series of dams, reservoirs, pumps and pipes. Aurora and Colorado Springs want to bring more of that water to their growing cities, which are the state’s largest after Denver. To do that, they want to dam up Homestake Creek in Eagle County south of Minturn and create a reservoir that could supply water for thousands of new homes.