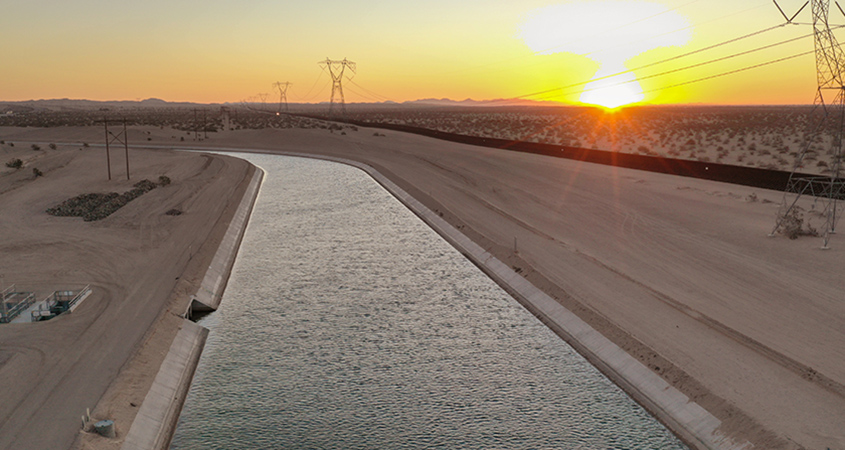 A new study will assess the viability of a regional pipeline to transfer water from the Colorado River to benefit multiple users in San Diego County and the Southwest. Three routes are under consideration and each would connect to the tail end of the All-American Canal in southwest Imperial County. Photo: Water Authority

A new study will explore the viability of a regional pipeline to transfer water from the Colorado River to benefit multiple users in San Diego County and across the Southwest.

The San Diego County Water Authority’s Board of Directors approved funds for the two-year study at its June 27 Board meeting. The pipeline system is one of a handful of ideas being discussed by San Diego County water leaders to enhance partnerships and solutions that make sense locally and more broadly as part of Governor Newsom’s Water Portfolio Program to develop resiliency statewide.

The Water Authority’s upcoming study will look at a regional conveyance system that could move Quantification Settlement Agreement (QSA) transfer water directly between the Imperial Valley and San Diego. The Colorado River Aqueduct currently conveys the QSA water through Riverside County before it flows to San Diego.

“It may be an idea whose time has come,” said Erik Ortega, president of the Imperial Irrigation District Board of Directors, referring to a proposed regional conveyance system.

Creating a pipeline to transfer Colorado River water to the San Diego region has been studied periodically over decades.

But the new study is focused on how a regional pipeline could provide multiple benefits as part of a long-term water management strategy for California and the Southwest.

The expanded review will consider a system that could create much-needed storage opportunities for the IID that could support agriculture while addressing critical issues like the Salton Sea and the need for more renewable energy development. 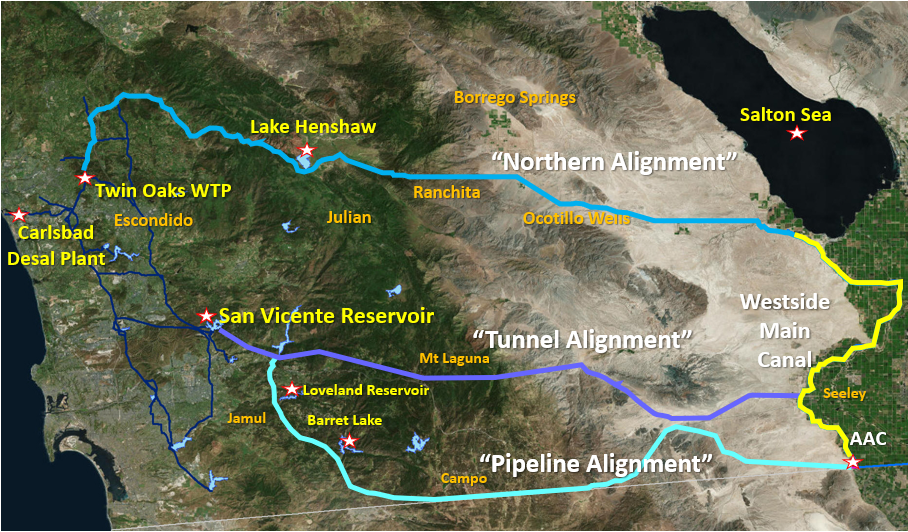 Map shows three potential routes for a proposed regional pipeline system that would move Quantification Settlement Agreement water directly from the Imperial Valley to San Diego. Two of the routes (the light blue and purple lines) follow a southern route. The third proposed route, (shown in both a yellow and darker blue line) follows a northern path. Graphic: Water Authority

The pipeline under study would be designed at a capacity to convey the QSA water, which in 2021 will reach its full amount of 280,000 acre-feet of water annually. The current Water Transfer Agreement between IID and the Water Authority continues to 2047. But both agencies can agree to extend the transfer another 30 years to 2077.

As the study gets under way, there are three routes under consideration. Each of those routes would connect to the tail end of the All-American Canal where it meets the Westside Main Canal in the southwest corner of the Imperial Valley.

Two of the routes would follow a southern corridor between the Imperial Valley and San Diego, with one route over the mountains paralleling the U.S./Mexico border and the other tunneling underneath the mountains. Both routes would lead to the San Vicente Reservoir in San Diego.