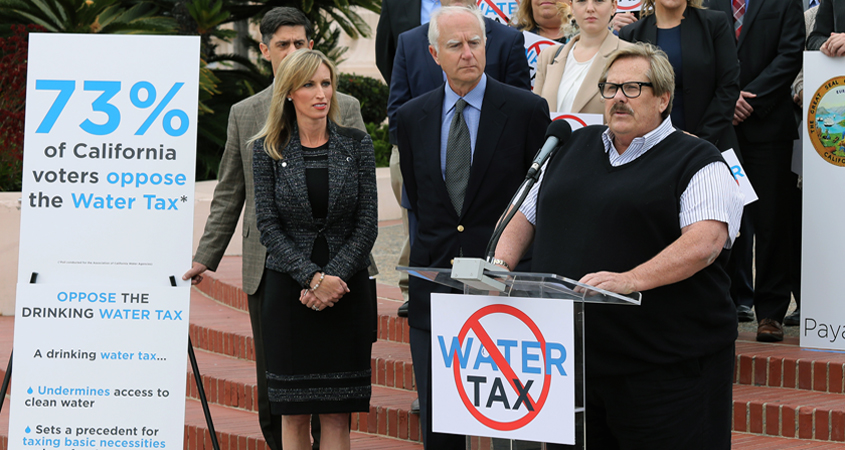 The rate-setting process highlighted how the Water Authority’s independent water supplies from the Colorado River are now both less expensive and more reliable than supplies from the Metropolitan Water District of Southern California. It’s an accomplishment that the region’s water officials started working toward two decades ago, and one that will bear fruit for decades to come.

The value of our independent water supplies will grow in coming years given the rapid increases in MWD’s rates, which have risen far faster than the cost of the Water Authority’s Colorado River supplies secured in 2003 through a complex, multi-state pact known as the Quantification Settlement Agreement.

From the start, that landmark deal helped secure our economy and quality of life by giving us a major new source of water with a higher priority – or legal right – to Colorado River water than MWD. The agreement allowed the Water Authority to transfer increasingly large amounts of conserved water from the Imperial Valley to San Diego, so that by 2020 it will meet about half of our region’s projected water demand.

That visionary agreement also minimized the impact of MWD’s water delivery cutbacks during the past two droughts. In 2015, for example, MWD reduced water deliveries by 15 percent, but the Water Authority’s independent supplies meant we had enough water to meet 99 percent of normal demand.

While the supply benefits of the conservation-and-transfer agreement have long been clear, the region is just now starting to feel the cost benefits as well.

In addition, the Water Authority has benefited from lawsuits that forced MWD to drop illegal charges for delivering our independent Colorado River supplies. A 2017 appellate court ruling netted the Water Authority about $15 million in savings in 2019, with tens of millions of additional savings in years to come.

That’s worth celebrating because it means regional wholesale water rate increases in 2019 are among the lowest in 15 years – a testament to the all those who have worked for decades to secure a safe, reliable and cost-effective water supply for everyone who calls this place home.

Multiple other cities soared into the 90's today. We'll have updates on more records within the next couple of hours. #CAwx

Helix Water District recently upgraded its R.M. Levy Water Treatment Plant in-house -- reducing costs to ratepayers and extending the life of the power plant units and generators at least 15 years!The water treatment process at the R.M. Levy Water Treatment plant begins with the removal of dirt and other material suspended in the water. Ozone is then used to inactivate or destroy any organisms in the water. Learn more at the WaterNewsNetwork.com. ... see moresee less