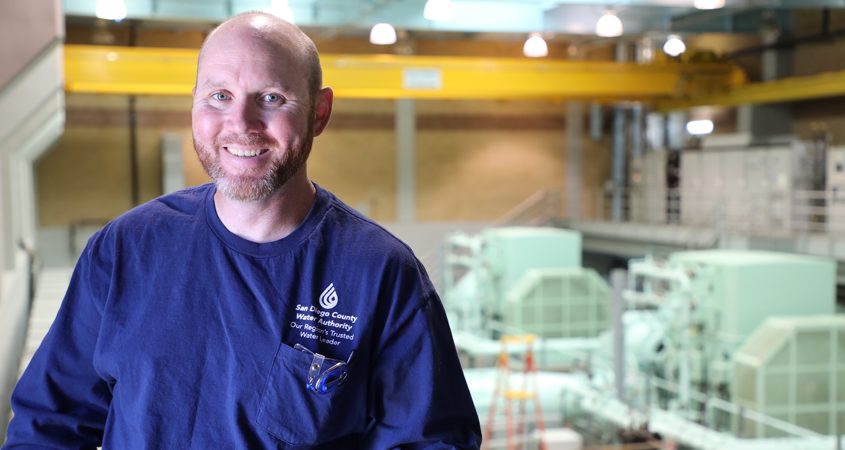 Edwin McBride decided 20 years in the U.S. Navy wasn’t enough time in the water, so he dove into the SkillBridge Program to intern at the San Diego County Water Authority. The program is helping military veterans transition to career-track training opportunities, including work in the water and wastewater industry.

Despite his two decades away from the civilian workforce, McBride said he experienced an easy transition into his role as a Rotating Equipment Technician Intern as a part of the SkillBridge program. 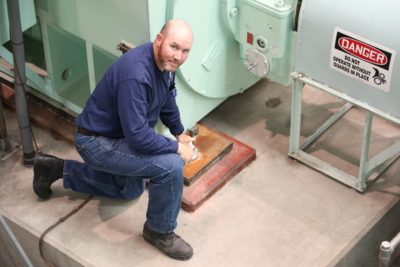 “The day-to-day job I’m doing with these guys at the Water Authority in the rotating shop is really no different than what I’ve done on the ships,” said McBride. “Still working on pumps, piping valves, stuff like that.”

“Every time you rotate from one unit to another in the Navy, which is about every 3-5 years, you’re expected to take on a new job … and the Navy recognizes you’re going to need these skills to be proficient in that trade so you would do what we would call trade school,” he said.

After three to four months of school in between units, another certification or qualification is earned, and this is what McBride attributes to his collection of certifications in numerous mechanical disciplines.

Since joining the federal program in June 2020, the Water Authority has had five SkillBridge interns working in various departments. The program is a win-win for both employers and the transitioning military service member – the military service member can work fulltime in a participating agency for the last 180 days of their active duty gaining valuable civilian work experience, and the employer gains early access to the extensive experience, skills, and unmatched work ethos service members bring to the workforce, all at a very low cost. The service member continues to earn his wages and benefits from the military during the internship.

McBride said he discovered the program after hearing a few of his friends talk about it and did his own research to see if there were any opportunities to intern in his desired field. 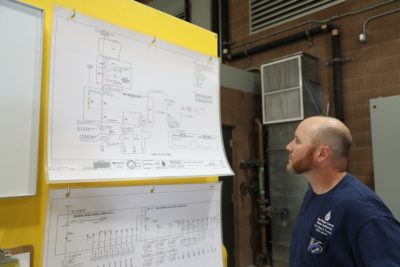 “I started digging around a little and there were a few mechanical ones [internships] and the Water Authority was one. In my career in the Navy I worked a lot with pumps, water movement, filtration, water treatment and figured it would be a pretty easy transition from military to civilian skills,” McBride said.

Job opportunities in water industry due to “silver tsunami”

Just two months into the program, McBride decided he would like to continue working in Southern California’s water industry, preferably at the Water Authority, after his time in SkillBridge and the Navy is complete.

“It’s been fun so far, two months in, four to go. I hope this leads to a full-time job in the industry,” McBride said.

The opportunities for both transitioning servicemembers and local water agencies are significant. More than 30,000 service members separate from the military each year in California, and more than half are transitioning out of active duty in the San Diego region.

Roughly half of the current water industry workforce in the San Diego region will be eligible to retire in the next 15 years – and approximately 1,400 water and wastewater industry jobs are expected to open in the region in the next five years.