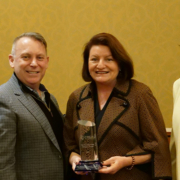 The point of Gov. Gavin Newsom’s proposed underground aqueduct is to divert water from the Sacramento River beneath the fragile wetlands, waterways and islands that make up the Sacramento-San Joaquin River Delta to an artificial body of water about 25 miles southwest of Stockton known as Clifton Court Forebay. From there, water would continue to flow through state aqueducts to coastal and Southern California and through federal channels mostly to farm fields in the San Joaquin Valley.

Currently, the water flows not under the delta but right through it. The problem is that when the powerful pumps are running near Clifton Court to drive more water to Southern California and the Central Valley, they reverse the natural flow of delta water and interfere with migrations of endangered fish

As the world warms and precipitation that would have generated snowpack instead creates rain, the western U.S. could see larger floods, according to new Stanford research. An analysis of over 400 watersheds from 1980 to 2016 shows that winter floods driven by rainfall can be more than 2.5 times as large as those driven by snowmelt. The researchers also found that flood sizes increase exponentially as a higher fraction of precipitation falls as rain, meaning the size of floods increased at a faster rate than the increase in rain.

A “normal winter” is forecast into spring, predicted the Bay Area’s weather wizard, Michael Pechner of Golden West Meteorology. On the heels of last year’s milestone rain and snow totals for much of Northern California and with residual high lake levels going into fall, a normal winter would fill most recreation lakes for summer camping, boating and fishing and provide good winter conditions for snow sports in April.

The 2019 movie “Dark Waters” alerted the public to health hazards posed by perfluoroalkyl and polyfluoroalkyl substances (PFAS, also know as PFOA and PFOS) that contaminated water and groundwater around manufacturer DuPont’s facility in Parksburg, West Virginia. The chemicals have been linked to deaths, cancer and more–and they are pervasive, found in 97% of Americans tested, PBS reports, citing a U.S. National Health and Nutrition Examination study in 2015.

In California’s never-ending water and fish wars, the striped bass doesn’t get nearly the publicity as its celebrity counterparts, the endangered Chinook salmon and Delta smelt. Yet the striped bass is at the heart of a protracted fight over California’s water supply, 140 years after the hard-fighting fish, beloved by anglers, was introduced here from the East Coast. Wealthy agricultural and Southern California urban water interests, tired of seeing their Central Valley water supplies reduced to protect native fish, have been quietly waging a war against the bass because they prey on hatchling salmon and adult smelt. They’ve repeatedly tried to introduce legislation or change regulations that would reduce the numbers of striped bass from the Sacramento-San Joaquin Delta.

January will continue to be dry in Southern California as the jet stream settles into a stable or zonal pattern, which means it flows more directly from west to east with little fluctuation. A wavy or undulating jet stream is the pattern that brings storms from the north Pacific into California. “When the winter jet stream calms down, Southern California stays dry,” says Bill Patzert, former climatologist at NASA’s Jet Propulsion Laboratory. When the jet stream is unstable, it meanders from north to south and back again. Cold air sinks farther south and warm air is carried into higher latitudes.

For decades, California’s coastal aquifers have been plagued by invading seawater, turning pristine wells into salty ruins. But the state’s coastal water agencies now plan to get more aggressive in holding back the invasion by injecting millions of gallons of treated sewage and other purified wastewater deep underground. The additional groundwater will both enhance potable water supplies and help prevent saltwater from seeping further into coastal California’s massive subterranean reservoirs. A decade ago, Orange County was the first in California to successfully employ this tactic — mocked by critics as a “toilet to tap” solution.

Rivers are vital. Like life-giving arteries, they deliver water for drinking and irrigation and fertile soil for vineyards and farms. They support watersheds teeming with life. But humans are hard on rivers. We crowd their banks, dump waste in them and take out water, fish and other resources. In the process, waterways often end up reduced to narrow, dirty channels, shadows of their former selves. When that happens, who speaks for the river? For our longest local river, that voice has often been the nonprofit Russian Riverkeeper.