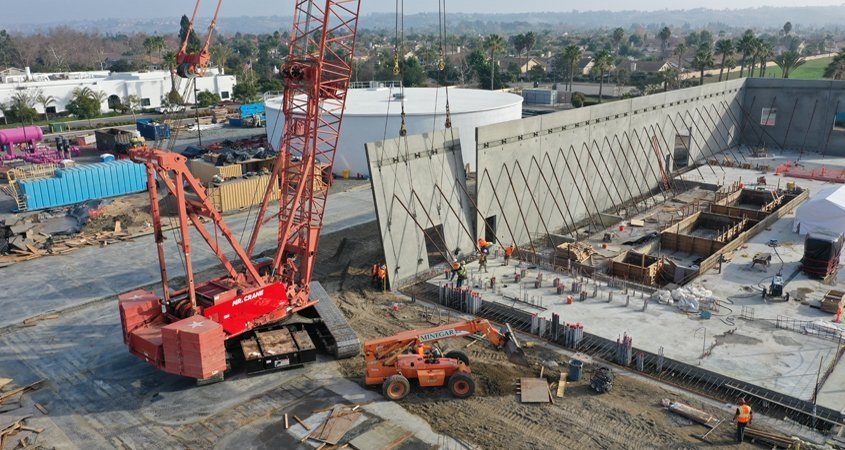 Water conservation is a way of life in the San Diego region, whether during drought periods or wet years. While the region is in drought like much of the Southwest U.S., San Diego County is not experiencing a water shortage. That’s because the Helix Water District, and the other water utilities serving the region, have worked together for 25 years to conserve water and invest in new water resources.

High temperatures make drought conditions worse. The hotter it is, the faster water evaporates from soil and transpires from plants. This is why urban landscapes, crops and forests dry out and the risk of wildfires increases. The map below shows all of the wildfires currently burning throughout the West.

The Governor called for all Californians to voluntarily reduce their water use by 15%, but only declared a drought emergency in the counties in red in the map below. That’s because communities in central and northern California are more likely to rely on a single river, creek or well for their water and are more vulnerable to drought. It’s drier in Southern California and water agencies have been developing multiple water resources to meet water supply needs for more than 100 years. Today, this approach helps protect the region against drought and water shortage.

In the San Diego region, water utilities work together to develop water supply

Residents and businesses in the region have reduced their water bills by installing water efficient plumbing fixtures, appliances, landscapes and irrigation, and have taken advantage of rebates to save money. Today, San Diego County residents use half the water they used in the 1990s. As a result, water utilities have been able to reduce the size and cost of new water projects. Conservation eases demand when there is a water shortage due to drought or emergencies.

Water supply from the Colorado River

In 2003, the Imperial Irrigation District agreed to sell up to 200,000 acre feet of water annually to the San Diego County Water Authority. Water used to irrigate crops was now available to San Diego homes and businesses, and just one acre foot of water can sustain up to four homes for a year. And, the Imperial Irrigation District has the most senior water rights on the Colorado River. If the Colorado River Basin states renegotiate how the river’s water is divided up, those senior water rights will help protect San Diego.

Helix is working with Padre Dam Municipal Water District, the city of El Cajon and the county of San Diego on the East County Advanced Water Purification Program, and the cities of San Diego and Oceanside are developing “Pure Water” programs.

The more water we can store during a wet year, when a lot of rain and snow falls on California and the Colorado River Basin, the more water we have available in a dry year. Diamond Valley Lake, which Metropolitan Water District of Southern California filled in 2002, stores enough water for Southern California for six months. With the construction of Olivenhain Dam and the raising of San Vicente Dam, we have an additional six month water supply just for the San Diego region.