Sandy Kerl of the San Diego County Water Authority said that investing in reservoir capacity was key after the county suffered a crippling drought in the late ‘80s. “We now have enough storage capacity…to sustain the population at a 75% service level for six months,” she said.

Kerl made the comment during the PPIC Water Policy Center’s annual fall conference in Sacramento on November 18.

Federal water managers on Monday warned California cities and industrial users receiving water from the Central Valley Project to prepare for a fourth year of drought and possibly “extremely limited water supply” during 2023.

The U.S. Bureau of Reclamation, an agency of the Interior Department that oversees water resource management, said drought conditions in California have persisted despite early storms this month, and warned of looming water conservation actions.

The Colorado River has long been regarded as the “lifeline of the Southwest.” It supplies water to 40 million people in seven states, 29 Native American tribes and parts of Mexico. Farmers use it to irrigate nearly 5.5 million acres of agricultural land. One hundred years ago this month, the signing of the Colorado River Compact laid the foundation for how water from the river is used today. 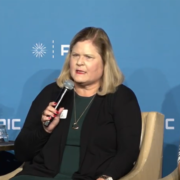 This year was “brutal” for agriculture, said Thad Bettner of the Glenn-Colusa Irrigation District during the first panel, moderated by PPIC Water senior fellow Alvar Escriva-Bou. “We took about 300 square miles out of production.” The drought hit rural and urban communities hard, too: Kyle Jones of the Community Water Center said that “over 1,300 [drinking water] wells went dry.” Bill Hasencamp of Metropolitan Water District described in vivid detail how once-reliable water management strategies are failing, in part due to a lack of interconnections: his agency had to restrict deliveries to “one-third of our service area despite having a record amount of dry-year storage reserves.”

The environment suffered as well, though Sandi Matsumoto of The Nature Conservancy praised the State Water Board, River Partners, and others for efforts to aid wildlife. Well-timed curtailments in some basins, she said, were helpful. But the stakes are high, she said: “Over half of California’s salmon and steelhead species are on a trajectory towards extinction.” And as Hasencamp put it, “drought and climate change have outstripped us.” 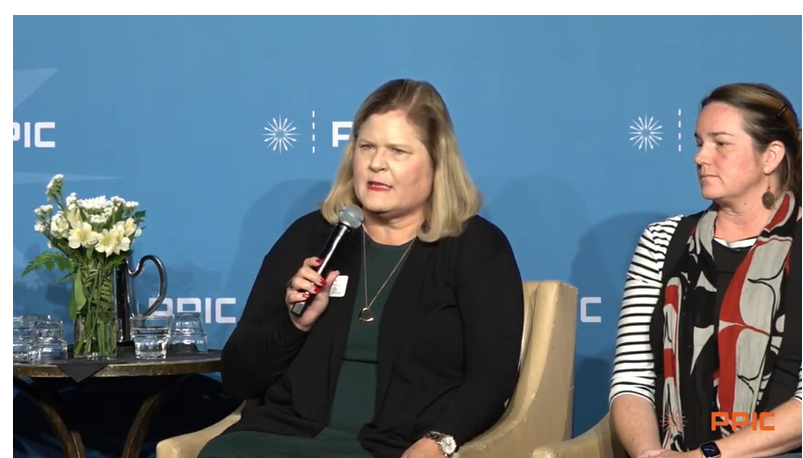 Capturing more water during wet periods will help California weather the dry periods, said participants in the second panel, moderated by research fellow Andrew Ayres. Sandy Kerl of the San Diego County Water Authority said that investing in reservoir capacity was key after the county suffered a crippling drought in the late ‘80s. “We now have enough storage capacity…to sustain the population at a 75% service level for six months,” she said.

Socking water away in underground water banks is another important strategy, said Mike Tognolini of EBMUD. Such projects rely on good relationships. After some early missteps in a water banking pilot project, he said “we [now] have solid partnerships with local water agencies in San Joaquin County and, importantly…with growers in the region.”

Aaron Fukuda of the Tulare Irrigation District emphasized the importance of trust-building too. “I tell everybody when you want to strike up a partnership, just take them out to dinner,” he said, to laughter. Groundwater recharge works best when relationships are formed first, and how you approach water right holders matters, he said. “When you ask a farmer for help, they will help.”

Kerl commended Scripps Institution of Oceanography for their “game-changing” atmospheric river forecasts—and panelists highlighted the promise of Forecast-Informed Reservoir Operations (FIRO) as a tool to make the most of storage infrastructure. Local agencies are also making good progress in accounting for water once it’s in the ground—key to facilitating more water banking projects.

And, as Julie Rentner of River Partners noted, the stakes for managing the increasingly flood-prone wet periods of our changing climate could not be higher. In 1997, the San Joaquin Valley was hit by a flood that broke the valley’s flood control system in 17 places. Climate projections show that a flood three to five times that magnitude “will likely hit the San Joaquin Valley in our lifetimes.” The damage, she said, would be incalculable. But California’s “new Central Valley flood-protection plan…takes a solid look at multi-benefit projects” that slow floods, recharge groundwater, and support habitat restoration.

“We’re now in a moment where it’s like ‘Everything, Everywhere, All at Once,’” said Karla Nemeth. “We’re in a multiverse….everything is moving.” Hotter temperatures have now become “their own water demand,” she said, and Californians need to embrace water recycling, desalination, recharge, and conservation—all while keeping water affordable. But California also needs to think big, she said. “We can’t be afraid of taking out big infrastructure or putting in big infrastructure.” As an example of the former, she noted progress on removal of the dams on the Klamath River. And for the latter, she noted that “the Delta conveyance project is enormously important to climate adaptation.”

Esquivel said that water projects that were state-of-the-art 50 years ago now find themselves “mismatched for the climate that we have.” While data has improved, “data alone is not enough. It has to turn into better decision making.” A “greater fidelity to reality,” he said, will be essential. He said compliance across multiple basins with water right curtailments is heartening. “People want to use rights in ways that help support the resilience of us all.”

Mike Connor shared that much of the country still struggles to understand how profoundly conditions have changed. In one eight-week period this summer, he said, “there were six one-in-one-thousand-year precipitation events across the continental US.” He said that “restoring hydrologic function wherever we can…always adds to water availability by keeping it in the system.” All panelists agreed that increased funding, including from the recently passed Inflation Reduction Act, will be a boon to efforts.

We invite you to watch the videos from this event:

As Colorado River water users prepare to meet in Las Vegas next month, the reality they face is one of growing uncertainty with few simple options left on the negotiating table. The math is well understood: There are more demands for the river than there is water coming into its reservoirs. But cutting back at the scale necessary — and on a voluntary basis — has proven painstakingly difficult this year as top officials from across the Colorado River watershed have failed to reach a settlement.

The entire Mississippi River basin is experiencing drought conditions that are being compared to the Dust Bowl days of the 1930s. The scenes — from exposed shipwrecks to sand dunes cropping up where the river used to flow — are surreal, and people from New Orleans to the Upper Midwest are getting nervous. 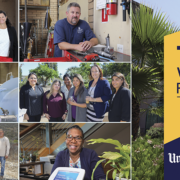 The San Diego County Water Authority has been named a Top Workplace for 2022 by The San Diego Union-Tribune – the second straight year the agency has been recognized. The newspaper’s honor roll is based solely on employee feedback through third-party surveys by Energage LLC, an employee engagement technology firm.

“Everyone in San Diego County benefits from the Water Authority’s work to ensure water supply reliability – but what they don’t see is all the work behind the scenes to develop a top-tier workforce capable of serving this region,” said Water Authority Board Chair Mel Katz. “Creating a culture that fosters collaboration, cultivates community and strives for excellence helps to ensure we are ready to tackle the complexities and uncertainties inherent in water management.”

“Earning a Top Workplaces award is a badge of honor for companies, especially because it comes authentically from their employees,” said Energage CEO Eric Rubino. “That’s something to be proud of. In today’s market, leaders must ensure they’re allowing employees to have a voice and be heard. That’s paramount. Top Workplaces do this, and it pays dividends.”

The Water Authority was recognized as a 2022 Top Workplace in the category for best mid-size companies. The agency sustains a $240 billion regional economy and the quality of life for 3.3 million residents through a multi-decade water supply diversification plan, major infrastructure investments and forward-thinking policies that promote fiscal and environmental responsibility.

“This Top Workplace award is a reflection of Water Authority employees who not only bring industry-leading expertise but also creativity, compassion, dedication, and resilience,” said Water Authority General Manager Sandra L. Kerl. “In this season of Thanksgiving, I’m thankful for colleagues that contribute so much to our region.”

Kerl commissioned the first employee survey in the agency’s history in 2019 as a starting point for her larger effort to integrate different generations of employees, embrace the diversity of the agency’s workforce and empower all employees to reach their full potential.

She attributes the agency’s evolving culture is a direct result of ongoing engagement with employees at all levels of the organization. A critical part of this effort has been working with employees to identify seven shared values that define the agency at its best. Those values include cultivating community, promoting collaboration, striving for excellence, and creating lasting solutions.

“As we enter what is likely to be a fourth straight year of extreme drought, the demands on the Water Authority and other water agencies will be significant,” Kerl said. “It’s also clear that this staff will rise to the challenge.” 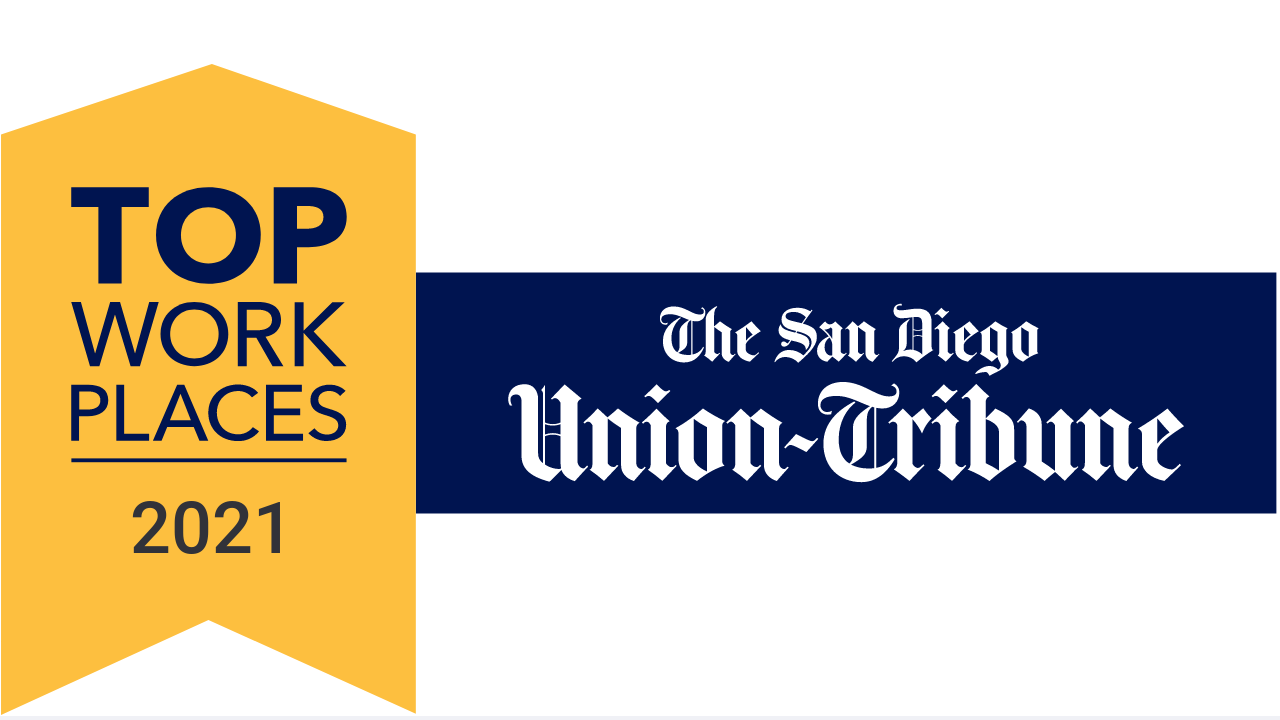 Noemi Barrera has spent four months without running water for herself and her four children and is among many people in California living without it as wells across the state run dry. Like most in the 184-person agricultural community of Tooleville, nestled by the Tulare County foothills, Barrera can hear the county’s water truck arriving down the street to bring five-gallon jug rations every other week.

After more than a decade in the trying, a major desalination plant to serve the Monterey Peninsula has cleared a significant hurdle—in theory, at least. In a 13-hour meeting that adjourned just after 10pm on Thursday, Nov. 17, the California Coastal Commission approved a conditional coastal development permit for California American Water, the private water utility that serves the greater Monterey Peninsula, to build a desalination project in neighboring Marina, a city whose residents are vehemently opposed to it, and who would not be served by it.

The San Diego County Water Authority’s First Aqueduct will be shut down ...periodically over the next four months for maintenance projects to ensure a safe and reliable water supply for the region. https://bit.ly/3gRRyEv #cawater #FirstAqueduct