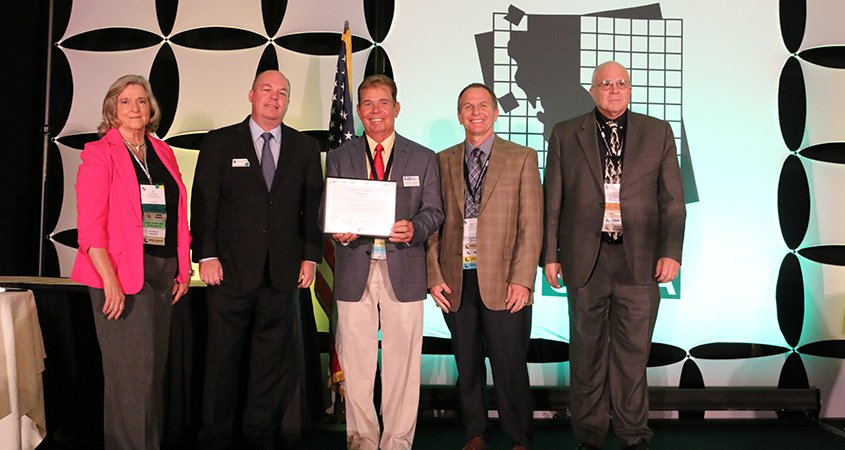 The Vista Irrigation District has received two major statewide honors, the District of Distinction Platinum Recognition award and the Transparency Certificate of Excellence.

The District of Distinction recognition is awarded by the Special District Leadership Foundation to special districts that show their commitment to good governance, transparency, prudent fiscal policies and sound operating practices. The district originally obtained its accreditation in 2009 and just received its most recent reaccreditation.

District of Distinction – governance and transparency

Platinum recognition is the highest level of recognition for a district and requires completion of all Special District Leadership Foundation programs demonstrating a comprehensive approach to excellence in district administration and government; the district is one of only ten special districts statewide to obtain District of Distinction Platinum recognition.

In addition to the District of Distinction award, the district received the Transparency Certificate of Excellence in recognition of its efforts to promote transparency in operations and governance to the public; 145 special districts in the state have received this certificate.

There are over 2,000 independent special districts in the state of California that provide essential services such as water, sewer, fire protection, and parks and recreation.

The awards were presented at the recent California Special District Association annual conference.

The Special District Leadership Foundation is an independent, non-profit organization formed to promote good governance and best practices among California special districts through certification, accreditation and other recognition programs.

Vista Irrigation District is a public agency governed by an elected five-member board. The district provides water service to roughly 135,000 people in the city of Vista, and portions of San Marcos, Escondido, Oceanside, and unincorporated areas of San Diego County.

(Editor’s note: The Vista Irrigation District is one of the San Diego County Water Authority’s 24 member agencies that deliver water across the metropolitan San Diego region.)