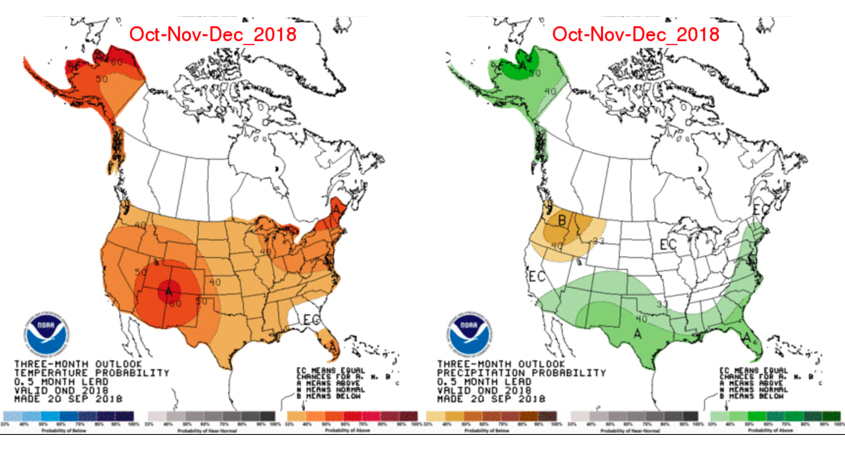 At the start of the 2019 water year, the combination of diversified water supplies and water-use efficiency means the San Diego region has enough water for 2019 and the foreseeable future despite historically low rainfall over the past 12 months.

“It has been very hot and dry, but we have invested wisely in infrastructure and regional water-use remains well below where it was at the start of the last drought,” said Jeff Stephenson, a principal water resources specialist with the Water Authority. “In fact, potable water use over the past three-plus years was 17 percent below 2013, which shows that San Diego continues to live WaterSmart.”

Still, said Stephenson, “we are looking for a wet winter locally, and in the Sierra and Rocky Mountains, to help replenish reserves for future years.”

Water managers use “water years” that run from October 1 through September 30 to track rain and snow. Local rainfall during water year 2018 totaled just over 3 inches at Lindbergh Field – 67 percent below normal and the second-lowest in San Diego history dating back to 1850.

In addition, local temperatures have been significantly above normal for most of the past five years. In many of those months, the average daily maximum temperatures were more than 4 degrees above long-term averages.

The National Weather Service’s Climate Prediction Center forecasts continued warm conditions for California through December, with a 33 percent probability of above-normal precipitation locally. The U.S. Drought Monitor’s classification of San Diego County as an area of “Severe Drought” is based on weather factors – but it does not reflect water supply conditions.

More than $3.5 billion in regional water investments by San Diego County ratepayers over the past three decades mean water supplies will meet demands regardless of the weather.

New supplies and infrastructure upgrades include the Claude “Bud” Lewis Carlsbad Desalination Plant, which delivers approximately 50 million gallons of potable water per day for regional use, along with a ramp-up of water delivered to San Diego County as part of a long-term water conservation and transfer deal signed in 2003.

Other regional assets include the storage of 100,000 acre-feet of water behind the raised San Vicente Dam due to conservation efforts during the last drought. In addition, many key reservoirs statewide, including Diamond Valley Lake in Riverside County, remain near average levels for this time of year. Significantly, no shortages are expected on the Colorado River system in 2019, though long-term drought conditions continue to be a concern across the Southwestern U.S.

The Water Authority offers several programs, including a Landscape Transformation program rebate, to promote water-use efficiency. Residents and business can also attend free sustainable landscaping classes, and access online videos and tips. To learn more about those resources and others, go to WaterSmartSD.org.

💧US home water use up 21% daily during #COVID19 crisis