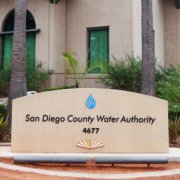 “Tish is a respected leader in San Diego County who understands the needs of retail water agencies and the communities we collectively serve,” said Kerl. “Her knowledge of all aspects of the industry will enhance our mission both day-to-day and over the long-term. I look forward to collaborating with her even more closely in her new role.”

As general manager of the South Bay-based Sweetwater Authority since 2017, Berge led the agency to a “District of Distinction” award from the Special District Leadership Foundation for demonstrating sound fiscal management policies and practices. Only 2% of special districts receive that honor. Working with the Sweetwater Board and community, she deployed a new 5-year rate structure and associated award-winning outreach campaign to smooth rates and provide financial sustainability.

Before joining Sweetwater, Berge served as director of administration and finance at the Escondido-based Rincon del Diablo Municipal Water District, where she implemented a 10-year financial model to inform policy decisions related to debt issuance, Capital Improvement Projects, and rates. She also moved the organization to a two-year budget practice, allowing for longer-term planning and cost savings. Prior to her time at Rincon, Berge was the assistant general manager at the San Elijo Joint Powers Authority in Cardiff, where she oversaw administration, finance, operations, maintenance, and laboratory staff. 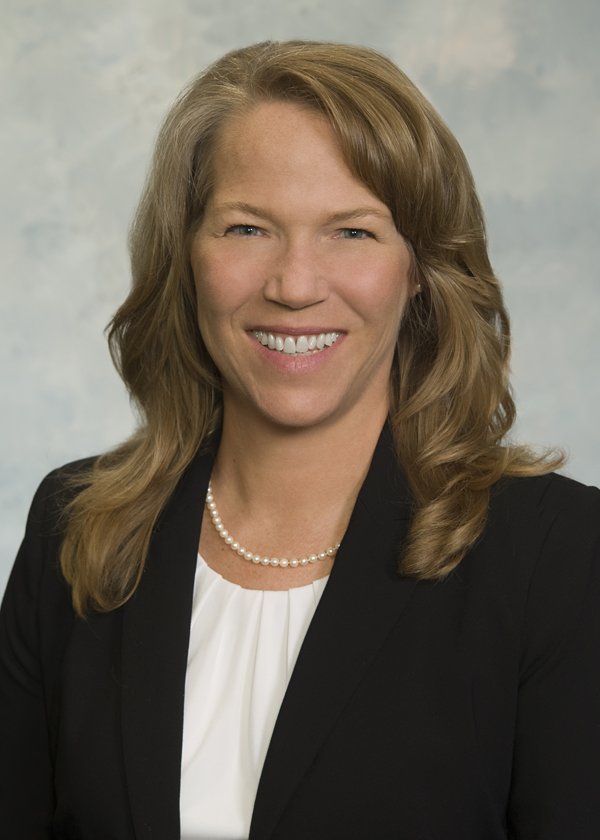 “While it saddens me to leave the Sweetwater community, I’m delighted to continue serving ratepayers across our great region as part of the Water Authority team,” said Tish Berge, who joins the San Diego County Water Authority as assistant general manager on Feb. 22. Photo: Sweetwater Authority

“While it saddens me to leave the Sweetwater community, I’m delighted to continue serving ratepayers across our great region as part of the Water Authority team,” said Berge. “This is both an exciting opportunity and a critical responsibility to help the Water Authority maintain its proud tradition of reliability and innovation that sustains 3.3 million people and a $245 billion economy.”

Berge earned a Bachelor of Science in Engineering from Harvey Mudd College and a Master of Business Administration with an emphasis in Finance from the Paul Merage School of Business at UC Irvine. She is also a Certified Special District Manager and Registered Professional Engineer.

Her appointment fills one of two executive positions left vacant by the Water Authority since April 2019 as part of the agency’s ongoing strategy to combat upward pressure on water rates outside the agency’s control.

Cyclical water shortages are a challenge that Eastern Municipal Water District takes seriously. As California’s sixth-largest retail water agency, they embrace the opportunity to balance water use efficiency with meeting the needs of a diverse and growing customer base. By using a smart utility network from Xylem’s Sensus brand, EMWD can better advance service and sustainability, and help ensure social distancing through remote meter monitoring.

San Diego is participating in a statewide program to monitor its untreated wastewater for the virus that causes COVID-19, it was announced Tuesday. City staff have been monitoring for severe acute respiratory syndrome coronavirus 2, or SARS-CoV-2, in untreated wastewater at the Point Loma Wastewater Treatment Plant this month. Following the test run, staff will monitor for SARS-CoV-2 three times a week from January through June 2021.

Beginning Wednesday, Front Range water providers will release water stored in Homestake Reservoir in an effort to test how they could get water downstream to the state line in the event of a Colorado River Compact call. Aurora Water, Colorado Springs Utilities and Pueblo Board of Water Works will each release 600 acre-feet from Homestake Reservoir, which is near the town Red Cliff, for a total of 1,800 acre-feet that will flow down Homestake Creek to the Eagle River and the Colorado River. 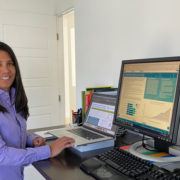 Editor’s Note: This feature highlights water utility employees in the San Diego region working during the coronavirus pandemic to ensure a safe, reliable and plentiful water supply. The water industry is among the sectors that are classified as essential. Litsa Tzotzolis, San Diego County Water Authority Public Affairs Representative, is the Water Utility Hero of the Week.

I always wanted to work for a  governmental organization. When moving back to the U.S. in 2010, I discovered a website that promoted government jobs. I saw that the Water Authority was hiring and they were looking for someone that had my skills and I applied. Working for a governmental organization impacts the lives of others and I wanted to impact the lives of others. At the Water Authority, we provide water to people, so it is public service work.  I worked at San Diego State University for nearly four years before coming to the Water Authority. Like working for water, at the university I was able to impact the lives of students in a positive way.

Not much, 100% of my job is done on the computer. The only thing that has changed is the way I interact with colleagues. We have moved to interacting virtually. I connect with colleagues through Microsoft Teams which I am able to train and advise them on graphic matters.

I’m usually always home and only go out to walk, play tennis or grocery shop. I try to exercise daily, eat home cooked meals, eat as many fruits and vegetables as I can.

To go visit family in Chicago, Italy and Greece. 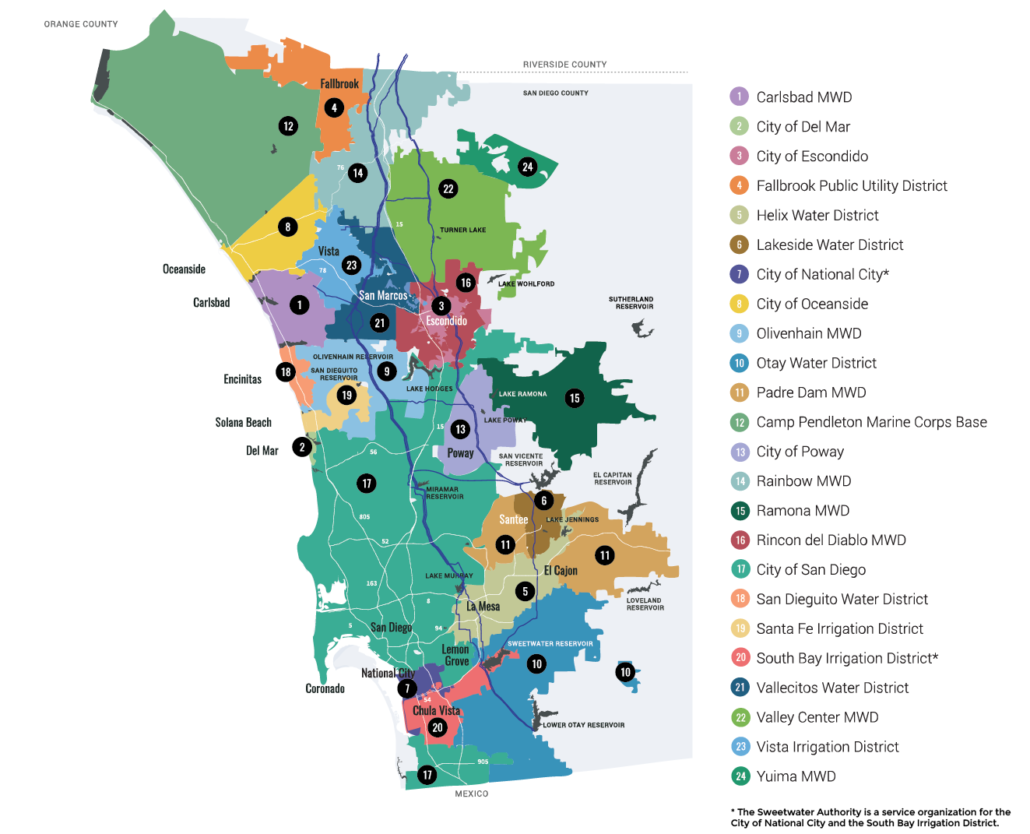 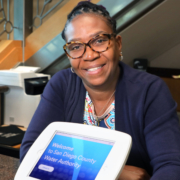 Editor’s Note: This feature highlights water utility employees in the San Diego region working during the coronavirus pandemic to ensure a safe, reliable and plentiful water supply. The water industry is among the sectors that are classified as essential. Sandra Louis, San Diego County Water Authority Receptionist, is the Water Utility Hero of the Week.

I just had my second baby in March 2006 and I tried to be a stay-at-home mom, but I was restless. I applied with Volt Temp Services and was sent to work in a temporary, one month job as a receptionist for the Water Authority.  My one month was extended for another six months. Then, I applied for the full-time staff receptionist position in December 2006 and got the job. So, I would say the water industry was interested in me.

I miss my co-workers, since most of the Water Authority staff are working remotely. Our main office in Kearny Mesa is closed to the public and delivery drivers have to buzz me from the outside before dropping packages at the front door. New safety protocols are in place for staff coming to the office, including temperature checks before entering the building. One change is that all staff entering the building now have to sign-in with me at the front desk and check out when they leave. Another change is the front reception desk where I work is now surrounded by clear, plexiglass shield barriers, also part of our pandemic safety protocols. 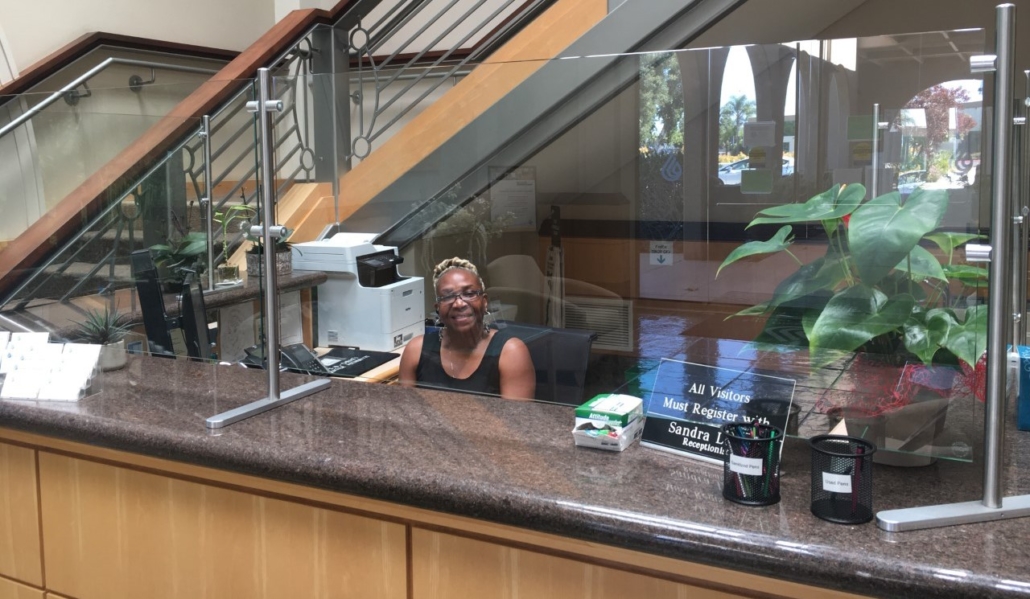 Wearing my face mask, washing my hands a lot more, cleaning the work area, and checking my temperature before coming into the building.

Spending time with my elder aunties and uncles, going to church, and going to events.

Several state legislators have asked the Governor to extend his order prohibiting water shutoffs for nonpayment to even the smallest water utilities.

The world’s most relied-upon renewable energy source isn’t wind or sunlight, but water. Last year, the world’s hydropower capacity reached a record 1,308 gigawatts (to put this number in perspective, just one gigawatt is equivalent to the power produced by 1.3 million race horses or 2,000 speeding Corvettes). Utilities throughout the globe rely upon hydropower to generate electricity because it is cheap, easily stored and dispatched, and produced with no fuel combustion, meaning it won’t release carbon dioxide or pollutants the way power plants burning fossil fuels such as coal or natural gas do.

Editor’s Note: This feature highlights water utility employees in the San Diego region working during the coronavirus pandemic to ensure a safe, reliable and plentiful water supply. The water industry is among the sectors that are classified as essential. LaMont Foster, Santa Fe Irrigation District Utility Worker I, is the Water Utility Hero of the Week.

In its efforts to maintain its critical infrastructure, the Vallecitos Water District undertook a challenging update to a wastewater system pipeline constrained by its precarious location.