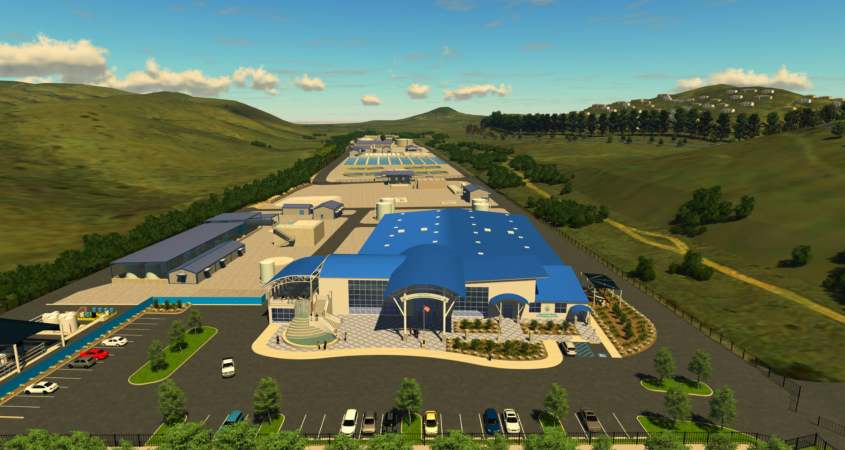 Funding up to $91.8 million was approved for the East County Advanced Water Purification Project wiith help from the San Diego County Water Authority. When the plant is completed in 2025, it will provide up to 30% of East County’s drinking water. The project is a collaborative partnership between Padre Dam Municipal Water District, the County of San Diego, the City of El Cajon and Helix Water District. Artist rendering: East County AWP

The San Diego County Water Authority has helped secure nearly $470 million for local supply projects in the past several months in collaboration with member agencies, including the total of $115 million for the East County and City of Escondido projects. Both projects will increase local water supply reliability and reduce future demands on imported water supplies.

“Kudos to our member agencies for their strong applications and to MWD’s Board of Directors for approving them,” said Water Authority Board Chair Jim Madaffer. “It is an affirmation of our ongoing efforts to collaborate with MWD and to address shared challenges.”

The East County AWP will be one of the first potable reuse projects in California to use new reservoir augmentation regulations. The program will meet up to 30% of East County’s drinking water demands, almost 13,000 acre-feet of water per year, and eliminate the discharge of 15 million gallons of partially treated wastewater into the Pacific Ocean.

The AWP uses four advanced water purification steps to produce water that is near-distilled in quality. After treatment, purified water will be blended with water in Lake Jennings and treated again at the R.M. Levy Water Treatment Plant before being distributed as drinking water.

This program is a collaborative partnership between Padre Dam Municipal Water District, the County of San Diego, the City of El Cajon and Helix Water District.

The Membrane Filtration Reverse Osmosis Facility in Escondido would provide up to 3,280 acre-feet per year of advanced treated recycled water to irrigate farms.

The project includes the construction of an advanced recycled water treatment facility with microfiltration and reverse osmosis, new pipelines, and a storage and blending tank to convey water for agricultural irrigation. Source water for the project is treated recycled water from the Hale Avenue Resource Recovery Facility. Escondido will own and operate the project and plans to deliver water by 2023.

In the past several months, the Water Authority has helped member agencies secure three other Local Resources Program agreements to fund water supply projects that increase local supply and reduce reliance on imported water. Those projects are: