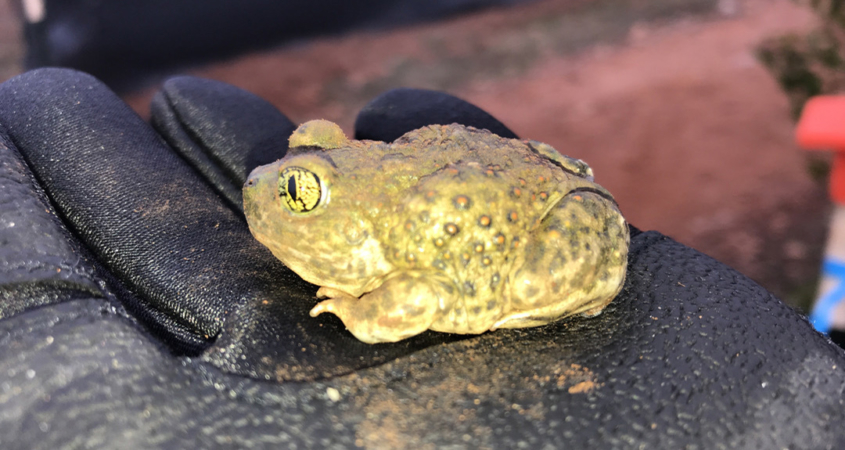 One by one, small mammals and amphibians living within a construction zone in Mission Trails Regional Park are being relocated to safe areas. Protecting sensitive species is one part of the Mission Trails Project.

A team of biologists from the San Diego County Water Authority, AECOM, and the San Diego Natural History Museum began surveying for and relocating the wildlife in preparation for a new underground reservoir. The reservoir will be constructed in the western portion of the park. The habitat surveys and wildlife relocation program span 15 acres of the park and are designed to protect sensitive species in the project area from construction activities.

Several sensitive species of small mammals and amphibians will be encountered and moved. 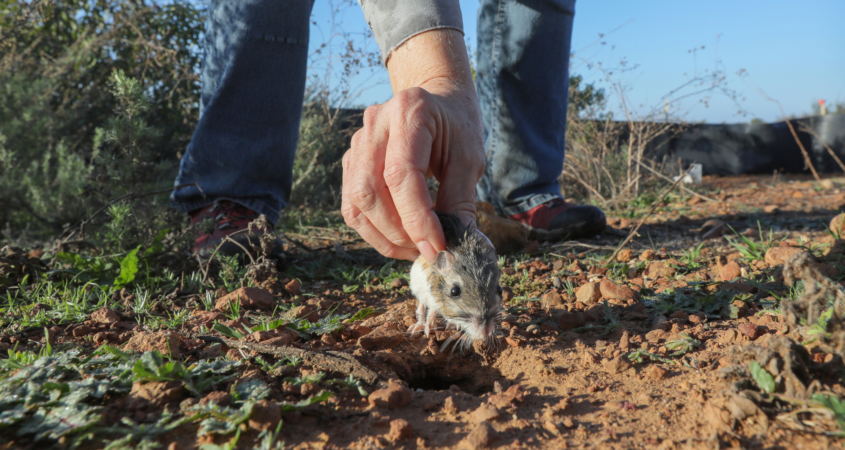 Biologists took special care to find burrows or covered areas for the small animals, such as this kangaroo rat, so that they could begin to build their new homes in the safe areas of the park. Photo: San Diego County Water Authority

For about two weeks, more than 500 traps will be placed in a grid pattern in the evenings and the sensitive species will be moved one at a time to safe areas within the park early each morning. Special care is being taken to help the animals find new burrows or covered areas as quickly as possible. Each animal is carefully marked, and data is logged to track the relocated animals. This tracking process helps ensure that the wildlife is not returning to the construction zone.

“We are conducting sensitive species surveys and habitat management before the start of construction to allow the animals to find new habitat and build homes safely away from the upcoming work,” said Summer Adleberg, a principal water resources specialist at the Water Authority. “Environmental stewardship is paramount to the Water Authority, and we always aim to minimize impacts to the surrounding land and communities while we improve regional water infrastructure.”

The reservoir, also called a “flow regulatory structure,” will store up to 5 million gallons of water underground and help regulate untreated water flows in the regional water delivery system. When completed, the reservoir will be covered with soil and vegetation. Above-ground access hatches and vents will be constructed to allow air to move in and out of the reservoir.

Once the project is completed, the area will be restored to its original condition and monitored over the next several years.

The structure is part of a suite of infrastructure improvements, called the Mission Trails Project. The underground reservoir, pipeline tunnel, and removal of existing blue vent stacks are part of the project.

A new concrete crossing over the San Diego River will also be constructed to allow Water Authority vehicles to access pipelines and other infrastructure more efficiently. The pipeline tunnel, river crossing, and removal of most above-ground vent stacks have already been completed.

Construction activities on the covered reservoir and removal of the last two vent stacks are scheduled to begin in March and last approximately two years.

For trail closures and more information about the project, go to sdcwa.org/mission-trails-FRS.