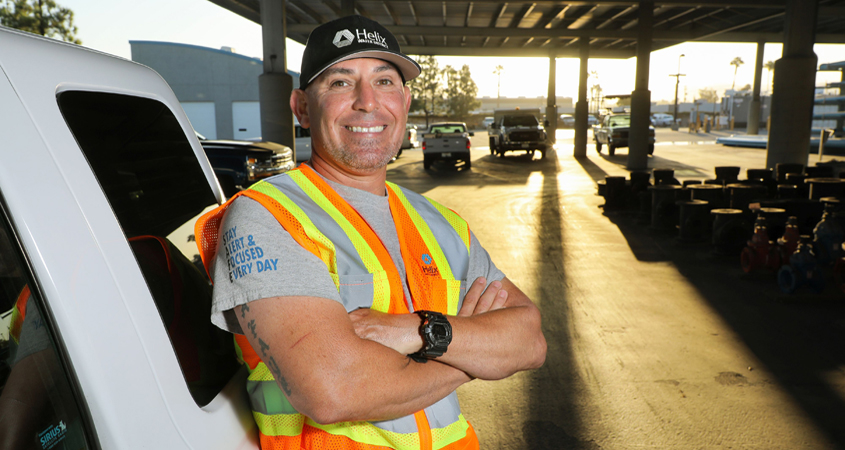 Many of the San Diego region’s 4,500 water and wastewater workers are military veterans. The San Diego County Water Authority and its 24 member agencies are recognizing those veteran water industry professionals this week in honor of Veterans Day.

One of those water industry employees with a military background is Sam Pacheco, a field service representative with the Helix Water District. Pacheco served 20 years in the U.S. Marine Corps, retiring at the rank of Gunnery Sergeant. He ended his career at MCAS Miramar in Aircraft Rescue and Firefighting, as an on-base firefighter. Along with Veterans Day, Pacheco is celebrating the 245th birthday of the Marine Corps (November 10).

“When I got to serve in the military, I got to serve the folks of this country,” said Pacheco. “Now that I work for the Helix Water District, I do the same thing, serving the people of the community. It’s as gratifying. When I think about serving the public on a different level, I still get to do it now for Helix.”

Helix Water District has 15 military veterans on its staff. Board President Mark Gracyk served as an enlisted engineer in the U.S. Army, and Division 1 Director Dan McMillan served as a first lieutenant in the U.S. Marine Corps and as a company commander in the California National Guard. 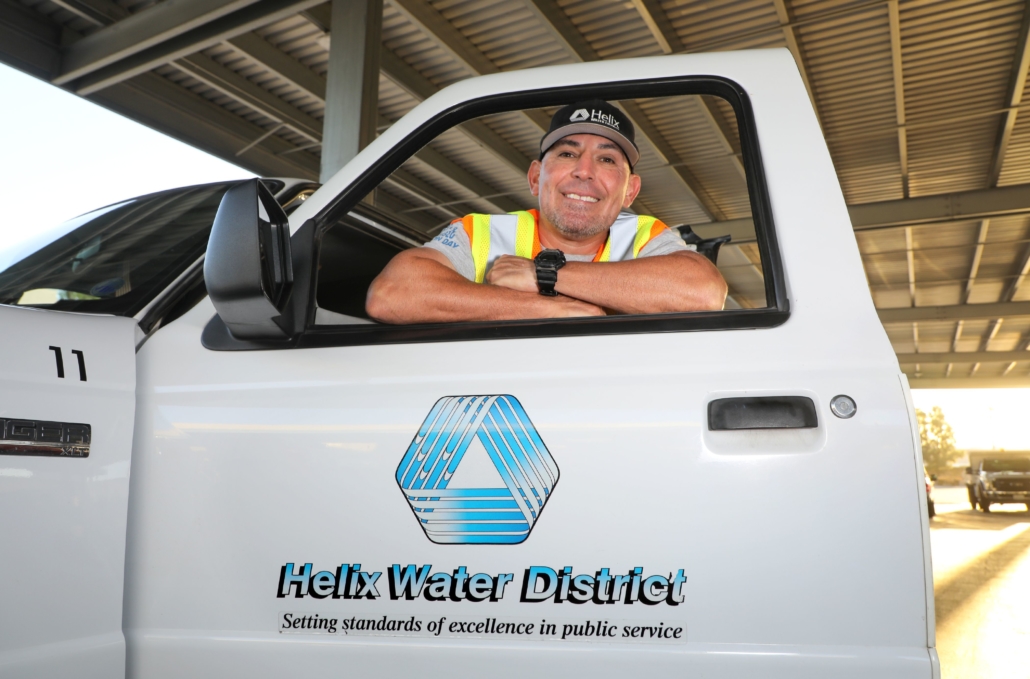 Veteran Sam Pacheco said he gets a second opportunity to serve his community in his job with the Helix Water District. Photo: San Diego County Water Authority

When Pacheco retired from the Marine Corps in 2011, he worked in the heating and air conditioning industry.

“I started working at Lake Jennings part-time,” said Pacheco. “A meter reader job became available and I thought, “‘I like exercise, I like being outside all day, that sounds like a job for me.”’

He became a full-time employee in March 2018.

Pacheco said it is common for veterans to struggle to find civilian employment and it was true for him.

“This was the biggest transition going from the military to civilian employment, finding someone just as professional as the military,” he said. “Helix runs a very professional outfit. The caliber of people at the District, the work tempo, the expectations, the standards expected. I couldn’t have gotten luckier. It’s a big blessing for me.”

“When you come from something like the Marine Corps for 20 years, you are used to having all the I’s dotted and T’s crossed,” he said. “The way Helix takes care of business and runs the district, for me I don’t ever have to worry ‘has someone taken care of this or thought about it?’ I’m really impressed.”

The San Diego County Water Authority has co-sponsored state legislation in recent years to create and expedite career pathways and encourage veterans to consider careers within the water industry after serving their country. An effort by the Water Authority and its member agencies helped pass legislation that gives credit to veterans for their military experience when transitioning to the water and wastewater industry.

Signed into law in 2019, Assembly Bill 1588 requires the State of California recognize the experience and education veterans acquire while they are in the military for its operator certification program for water and wastewater treatment plants and water distribution systems.

☔️ Weather update: Our rain barrels and veggie gardens are loving the rain!...

How are you enjoying today’s rainstorm? Show us in the comments 👇

Water News Network:
💧 Welcome to the Board: Eric Heidemann, City of Poway

A band of thunderstorms with heavy rain and possibly small hail are moving into ... downtown San Diego to Coronado as depicted on NWS radar moving slowly northeastward #SanDiegowx

🌈Something to brighten your day ☔️💧Sixteen determined elementary school students in Fallbrook made sure a 2021 "Be WaterSmart" calendar would be published despite the coronavirus pandemic. Story: bit.ly/3b8wK5V ... see moresee less

🌈 Something to brighten your day. Sixteen determined Live Oak Elementary School students in Fallbrook made sure a 2021 "Be WaterSmart" calendar would be published despite the coronavirus pandemic. Check out their colorful poster entries: bit.ly/3b8wK5V 🎨💧 ... see moresee less