The military sector accounts for more than 20% of the San Diego region’s economy, and that would not be possible without a safe, reliable water supply. The San Diego County Water Authority and its 24 member agencies, including Marine Corps Base Camp Pendleton, provide the water needed for military operations, military families and military contractors. 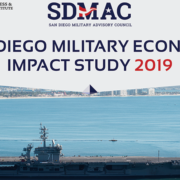