Petaluma, one of the driest corners of Sonoma County during the past two years of drought, is making a multimillion-dollar advance into recycled water.

Operator of a wastewater treatment plant that serves about 65,000 people and treats about 5 million gallons of effluent a day, Petaluma is seeking grants for four projects with a total cost of $42 million.

More than a week after the Metropolitan Water District of Southern California announced its harshest-ever water restrictions for millions of residents across the region, several of the affected water agencies are offering a preview of how life will change throughout Southland when the rules kick in June 1.

The restrictions target areas that rely heavily or entirely on the State Water Project, a Northern California water supply that officials say is dangerously low after the state’s driest-ever start to the year.

In an effort to boost water supply reliability for millions of Californians, the California Department of Water Resources (DWR) has announced its first round of funding to 20 agencies responsible for managing critically overdrafted groundwater basins throughout the state.

A total of $150 million in funding is being awarded to regional groundwater agencies through the Sustainable Groundwater Management (SGM) Grant Program. The funding will go toward projects focused on water efficiency, groundwater recharge, feasibility studies for alternative water supplies, and the installation of monitoring wells.

A fairly decent start to this year’s rainy season quickly dried up.

The Central Coast of California is a story of ebbs and flows, wet years and drought.

From man-made reservoirs to underground aquifers, we need to store rain that falls in wet years to help supply the never-ending demand for water during the dry years. But it’s a constant battle to make sure there’s enough set aside to go around.

The City of Escondido scored wins in three categories at the annual California Water Environment Association awards on January 29. CWEA is California’s oldest and most prominent association of water protection professionals.

The City of Escondido’s Hale Avenue Resource Recovery Facility (HARRF) won the 2022 Wastewater Plant of the Year (Medium Category). The HARRF is designed to treat up to 18 million gallons per day from the City of Escondido and the Rancho Bernardo area of the City of San Diego. The plant operates 24 hours a day, producing recycled water for the City of Escondido, along with organic materials called biosolids for beneficial reuse in Yuma, Arizona as agricultural soil amendments.

Water shortages will become more severe as both droughts and floods become more intense, with less rain and snow falling during dry seasons and more falling during wet ones. Capturing the excess precipitation and saving it for dry periods will also only get more challenging.

The Arizona Diamondbacks ripped out the grass at Chase Field ahead of the 2019 season, replacing it with synthetic grass. It was a business decision, but it also ended up being a water-conservation measure.

The Phoenix-based major league baseball team thought it would save 2 million gallons a year. In the first season, the savings were closer to 4.5 million gallons, which is roughly the annual water usage of 49 households in the Phoenix area, according to the Arizona Department of Water Resources.

“This challenge has been approaching for years and has been on our radar,” said Diamondbacks President and CEO Derrick Hall, whose team has saved 16 million gallons of water since the turf was installed. “We have tremendous relationships with the state’s legislators and executives, and have had discussions about water for years.” 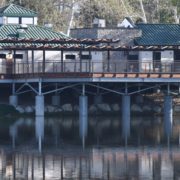 The National Association of RV Parks & Campgrounds named the Santee Lakes Recreation Preserve its Park of the Year in the Large Park category for its guest experience and overall excellence.

The association, or ARVC, also recognized Santee Lakes as a “Plan-It Green Friendly Park of the Year” for its environmentally-friendly practices across all park operations and its commitment to sustainability. Judges make their decision based on several criteria: guest experiences, all-around excellence in operations, professionalism, marketing, customer service, and industry involvement.

Both awards were presented at the 2021 Outdoor Hospitality Conference & Expo. Park Director Laura Koval accepted the awards in person on behalf of Santee Lakes.

“Despite the numerous challenges we faced during the COVID-19 pandemic, Santee Lakes still managed to embrace our family-friendly camping culture and create a much-needed respite from stressors in the world,” said Koval. “As one guest said, “First campground I’ve been to in a while that feels like home.” 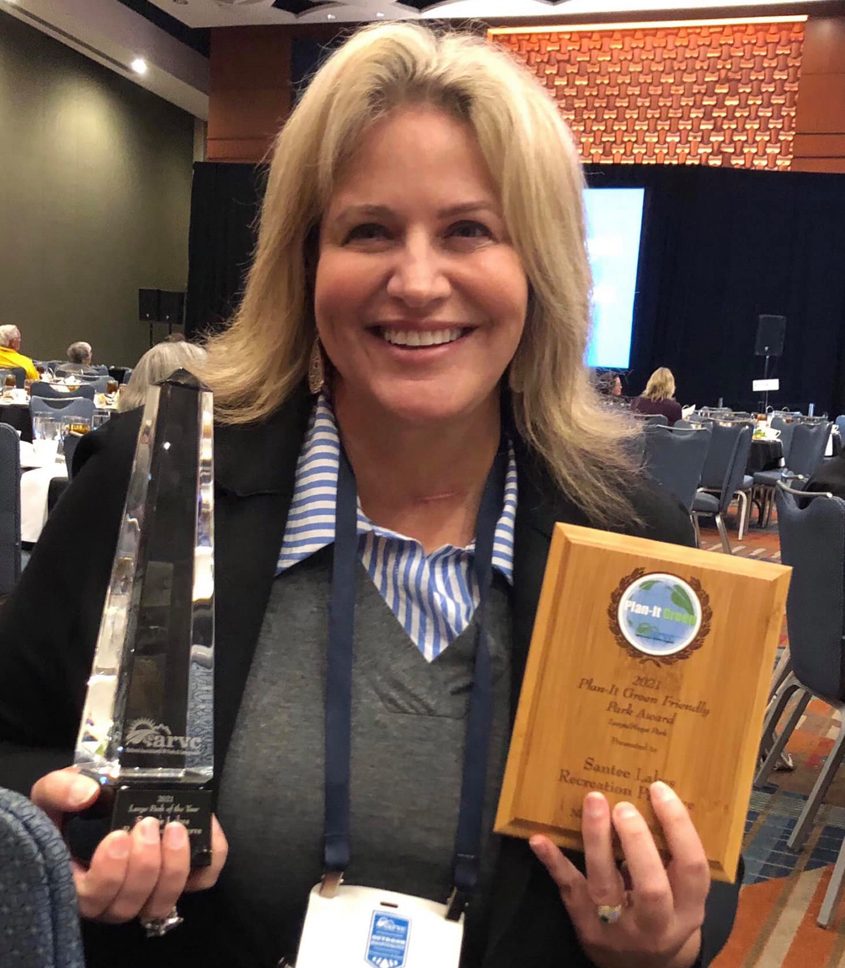 In addition to its most recent honors, Santee Lakes was also named to The San Diego Union-Tribune’s “Best 2021” reader poll in the categories Staycation Location, Scenic Spot, San Diego Attraction, Entertainment Venue, Place to Get Married, and Hiking Trail. It also won “Favorite Place” from the Santee Chamber of Commerce and San Diego’s Reader’s Poll as one of its “Favorite Places to Get Married.” 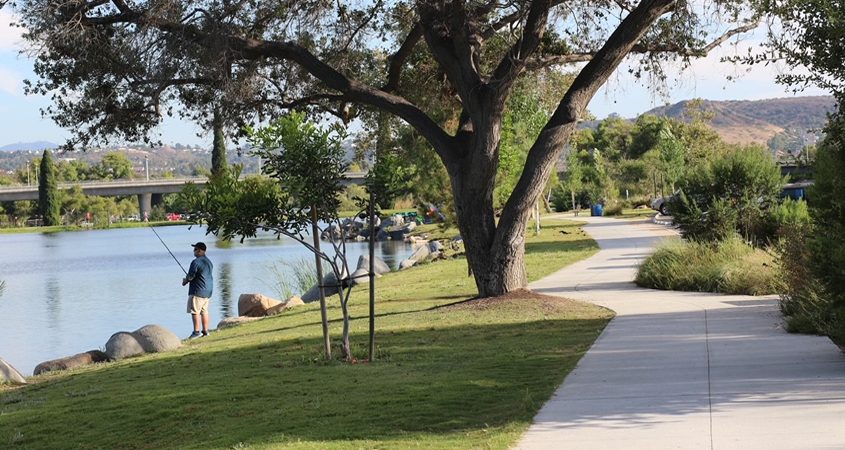 Santee Lakes celebrates 60 years of operation in 2021. In 1959, the Santee County Water District, now the Padre Dam Municipal Water District, initiated a then-unique project of recycling wastewater for irrigation and commercial uses. As part of the treatment process, a chain of seven individual lakes was developed. Boating and fishing were authorized in 1961, and Santee Lakes opened to the public.

The park is owned and operated by Padre Dam Municipal Water District. However, it is self-sustaining and receives no funds from water or wastewater ratepayers. The Park operates from guest user fees, grants and awards, collaborations with community groups, and sponsorships.

“We are humbled to receive these honors, especially during the year of our 60th anniversary,” said Koval. “The staff has worked tirelessly to maintain Santee Lakes as an environmentally sustainable and premier destination. These awards will be cherished for many years to come.” 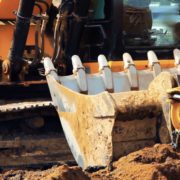 Work is progressing toward completion on the first of two pipeline replacement projects in Encinitas by Olivenhain Municipal Water District.

Replacement of an existing drinking water pipeline is wrapping up at Rancho Santa Fe Road and Encinitas Boulevard, with completion expected in early 2022. The original pipeline was installed in 1961 and was approaching the end of its lifespan. Proactively replacing aging water pipelines prevents leaks and avoids emergency shutdowns.

“Water main breaks can waste millions of gallons of treated water while requiring costly emergency repairs,” said Bob Topolovac, Olivenhain Municipal Water District Board director. “That is why this project is critical in ensuring safe and reliable water delivery to our customers.” 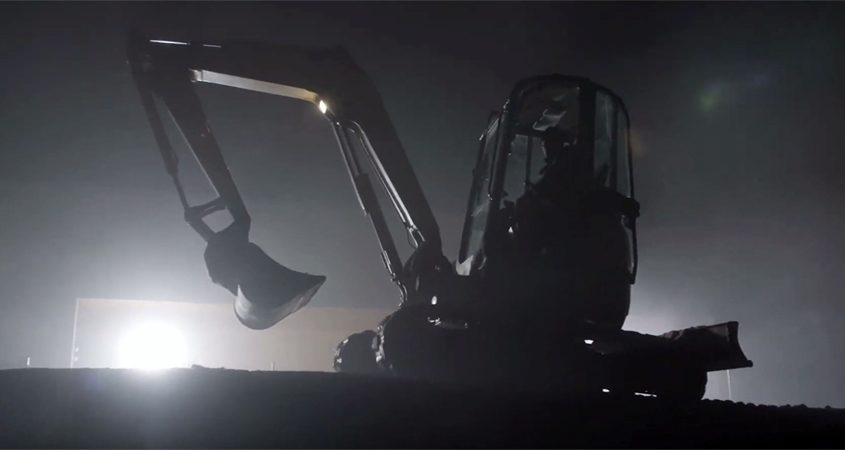 To minimize the impact on the surrounding community, construction is taking place mainly at night, except in residential areas where work takes place during the day. Photo: Olivenhain Municipal Water District

Pipelines being replaced include:

To minimize the impact on the surrounding community, construction is taking place mainly at night, except in residential areas where work takes place during the day.

Homeowner associations, schools, and businesses along the project alignment that are currently using potable water for landscape irrigation will be able to take advantage of this lower-cost, drought-resistant local source of water for irrigation. These new customers connecting to this pipeline will reduce the need for 10 million gallons of potable drinking water per year. 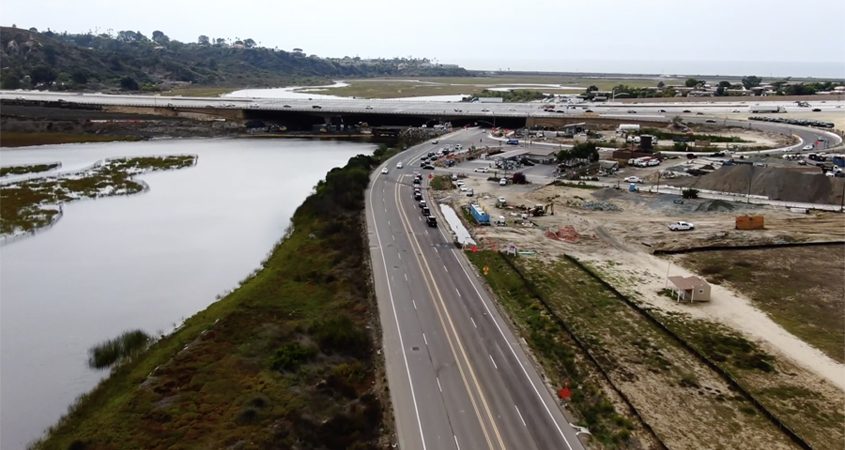 The pipeline will be installed along Manchester Avenue between Via Poco and Tennis Club Drive. Since Caltrans is working at I-5 and Via Poco, the water district is coordinating its work with Caltrans to minimize traffic impacts to the Manchester Avenue Corridor.

Construction is expected to take nine months. The project received approximately $1.75 million in state and federal grant funding, reducing costs for its ratepayers.

Prior to construction in summer 2021, the Olivenhain Municipal Water District hosted a virtual neighborhood meeting. Staff provided project details and steps that will be taken to reduce impacts to the community and sought input from members of the public. Video of the meeting can be viewed here. (NOTE: some of the scheduling information has changed).

The project is expected to be completed in early 2023. Project updates can be found at www.olivenhain.com/projects. For questions or concerns, email or call 760-632-4235.

Delegates and activists from nearly 200 countries returned from the COP26 global environmental forum in Glasgow, Scotland, with a long list of climate-related promises and targets to discuss and implement. While many countries made a renewed commitment to climate-resilient and sustainable agricultural systems, some groups accused leaders at COP26 of not doing enough to improve water security globally.