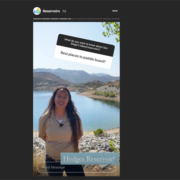 Reservoir Keeper Viviana Castellon shared her expertise with citizens during the City of San Diego’s #AskAnExpert series on Instagram as part of the City’s community outreach to citizens. The City regularly offers the opportunity for the public to ask employees about its services including parks, libraries, streets, and water.

“We find that it’s a great way to get general information about City services to the public,” said Arian Collins, public information officer with the San Diego Public Utilities Department.

Castellon answered several questions about the recreation offered at the City’s lakes and reservoirs.

Can you rent boats at City of San Diego reservoirs?

Yes, the reservoirs do have boat rentals through the concessionaires. You can view the hours of operation and rentals fees online. 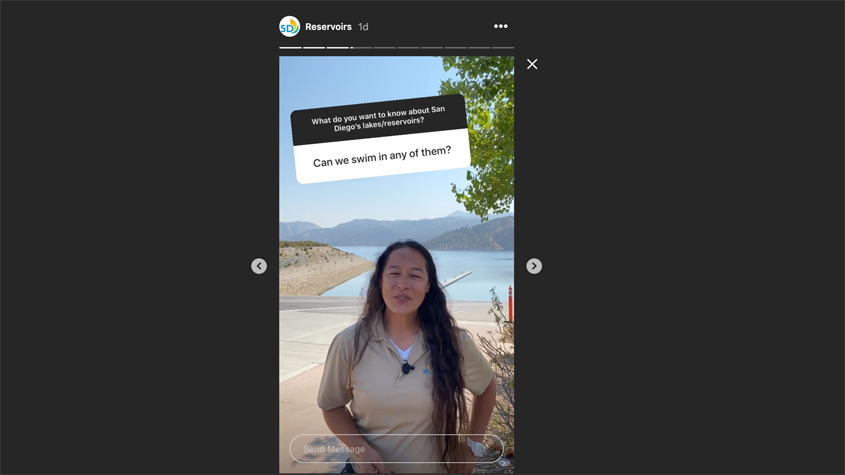 Is stand-up paddleboarding allowed at any City of San Diego reservoir?

Yes, Hodges Reservoir offers stand-up paddleboarding on Wednesday, Saturday, and Sunday from the beginning of February through the end of October.

Can you swim at City of San Diego reservoirs?

No. What are commonly referred to as the San Diego City lakes are actually impounding reservoirs that are part of the City’s municipal water-supply system. The State Water Resources Control Board approves the different recreational activities that can occur on our reservoirs and swimming is not included in our current domestic water supply recreational permit.

Can you water ski at the City of San Diego reservoirs?

Yes, San Vicente Reservoir offers water-skiing and wakeboarding from May through October Thursday through Sunday.

A new floating boat dock at popular reservoir and recreation facility Lake Jennings was unveiled with a ribbon-cutting ceremony on August 31 and opened to the public for boating and fishing activities. 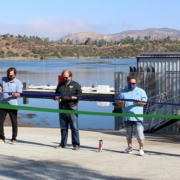 A new floating boat dock at popular reservoir and recreation facility Lake Jennings was unveiled with a ribbon-cutting ceremony on August 31 and opened to the public for boating and fishing activities.

The dock is reinforced concrete encapsulating a solid polystyrene core, which makes the dock float. Numerous safety features include a nonskid concrete surface, enhanced security fencing and access gate, gangway handrails, and support posts to assist visitors as they enter and exit boats.

The new dock is replacing a wooden dock that, after 25 years, had reached the end of its useful life. Visitors use the dock to rent motorboats, rowboats, kayaks and paddleboats to explore the lake and catch fish.

Video of the new dock

“Over the years, we have upgraded our campground facilities, installed new trails, and improved our recreation programs to make Lake Jennings a fantastic East County destination,” said Helix Water District board member and Parks, Land, Lakes and Garden Committee Vice-Chair Joel Scalzitti. “With our recent dock improvements, even more visitors can enjoy everything the lake has to offer.” 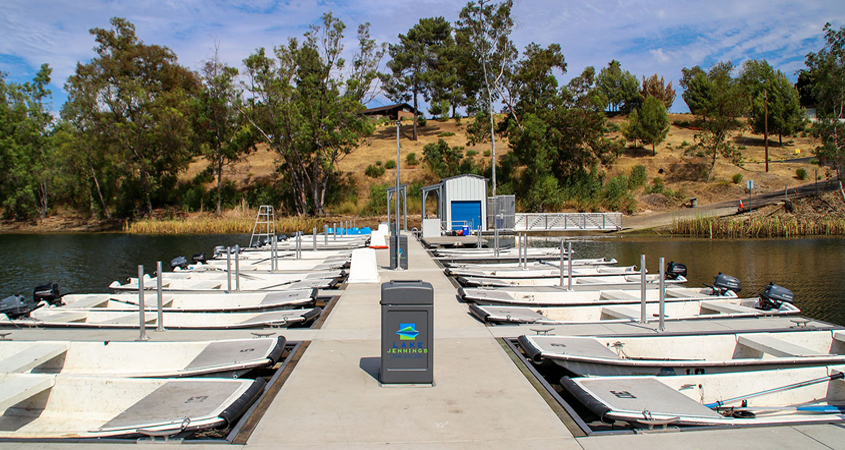 Visitors can use the Lake Jennings boat dock to rent motorboats, rowboats, kayaks, and paddleboats to explore the lake. The replacement dock is expected to last for generations to come. Photo: Helix Water District

“This project is a long-term investment in our lake operations and the community,” said Helix Water District board member and Parks, Land, Lakes, and Garden Committee Chair Dan McMillan. “This is a high-quality dock and it sets the standard for future improvements at the lake.”

The district’s board is in the early stages of evaluating improvements of similar quality at the lake’s campground.

Lake Jennings is one of two reservoirs owned by Helix Water District. It has a water storage capacity of 9,790 acre-feet and is open to the public for boating, fishing, camping, and hiking.

The lake is currently open on Fridays from 3 p.m. to midnight for night fishing, and for fishing and day-use on Saturdays and Sundays from 6 a.m. to 3 p.m. The campground – which boasts full-hookup, partial-hookup, non-hookup, and tipi sites – is open daily and accepting reservations. Further information, including COVID-19 safety requirements for visitors, is available: www.lakejennings.org.

The risk of contracting Covid-19 from both wastewater and recreational water is low, according to the Centers for Disease Control and Prevention.

Studies conducted in multiple countries in recent months have detected the novel coronavirus, SARS-CoV-2, in treated and untreated wastewater, but to this date there has been no evidence of a person contracting the virus through wastewater or swimming areas.

City of San Diego lakes and reservoirs previously closed in response to the coronavirus pandemic are now in the process of reopening for public recreation.

Three reservoirs will re-open in July: Lake Hodges on July 1, Sutherland on July 3, and Barrett on July 8.

Miramar, Murray, and Lower Otay Reservoirs have opened in mid-May.

The Lake Jennings campground will reopen Monday, May 18 – but only for recreational vehicles (RVs).  No tent camping will be allowed yet, due to the COVID-19 pandemic, and the recreational side of the lake will remain closed. 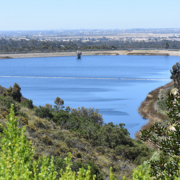 Three City of San Diego reservoirs will reopen for public recreation this weekend. Miramar Reservoir in Scripps Ranch and Lake Murray in San Carlos open on Friday. The Lower Otay Reservoir will reopen on Saturday, May 16.

The three reservoirs will be open during regular business hours for walking, jogging, cycling, fishing, and boating, with new safety protocols in place. Normal fishing and boating fees will apply.

“As we continue to reopen safely and responsibly, we’re looking to expand recreational opportunities for San Diegans eager to stretch their legs or take their boat out on the lake,” said San Diego Mayor Kevin Faulconer.

San Diego Police Department personnel will enforce illegal parking at the lakes, in the bike lanes, along the red curbs, or on sidewalks. Parking congestion and illegally parked vehicles originally forced San Diego to close the reservoirs to recreation on March 22. Any violations of the new protocols will be monitored with an education-first focus.

Four other San Diego reservoirs – El Capitan, Hodges, San Vicente, and Upper Otay – are still being evaluated for potential reopening at a future date. Barrett and Sutherland Reservoirs will remain closed all year. 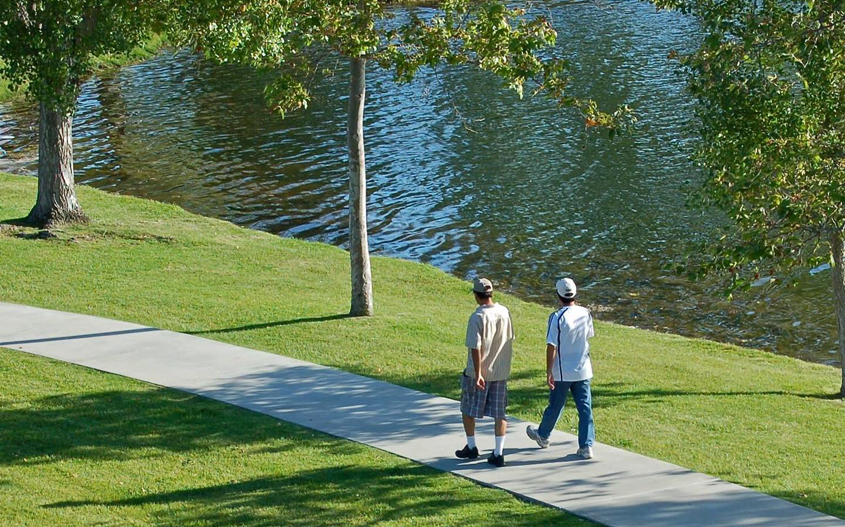 Santee Lakes reopened its day-use park day with some restrictions on May 1. There is a limited occupancy each day, physical distancing is required, and hours are limited to 9 a.m. to 5 p.m. The lake’s campsites remain open, but campers must practice physical distancing while on site.

For more information about Santee Lakes go to: https://www.santeelakes.com/COVID19_dayuse_protocols.

For more information about the City of San Diego’s reservoirs go to: sandiego.gov/reservoirs-lakes

Although San Diego County’s lakes and reservoirs remain closed to fishing and other recreational activities for safety reasons due to the coronavirus pandemic, staff and volunteers continue to work. Crews are maintaining facilities, providing security, and sharing photos of wildlife and native blooms enjoying the arrival of spring. 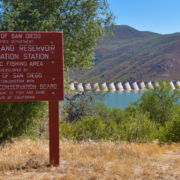 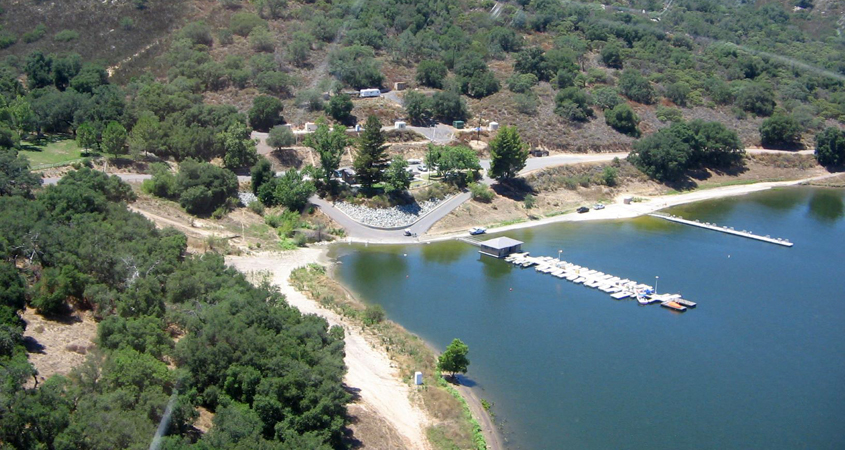 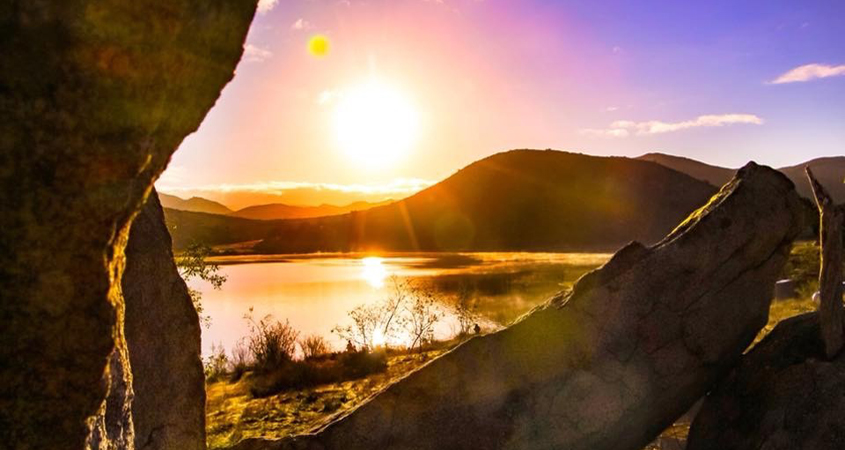 The city of San Diego’s Sutherland Reservoir will reopen for boating, fishing, hiking and picnicking three days each week beginning on Friday.

The reservoir, located 45 miles northeast of San Diego, will be open Friday, Saturday and Sunday from sunrise to sunset, and on the Memorial Day, Independence Day and Labor Day holidays. It’s closed the third Friday of each month.

The recreation area has barbecues, picnic tables and restrooms. Dogs are allowed on leashes. Water activities including boating, canoeing, kayaking, sailboarding and float tubing are allowed on Saturdays and Sundays.

We train for emergencies because it’s our job to keep the water on - for first... responders, doctors and nurses, and everyone helping someone stay safe or recover. Learn what steps we’ve taken and how you and your family can prepare for emergencies, too: http://hwd.fyi/icf.

Pure Water Oceanside water recycling project is getting a $69 million loan from the U.S. EPA to finance c...
view on facebook
·share

*Note: Until further notice, the Water Authority will hold its Board meetings remotely. ... see moresee less