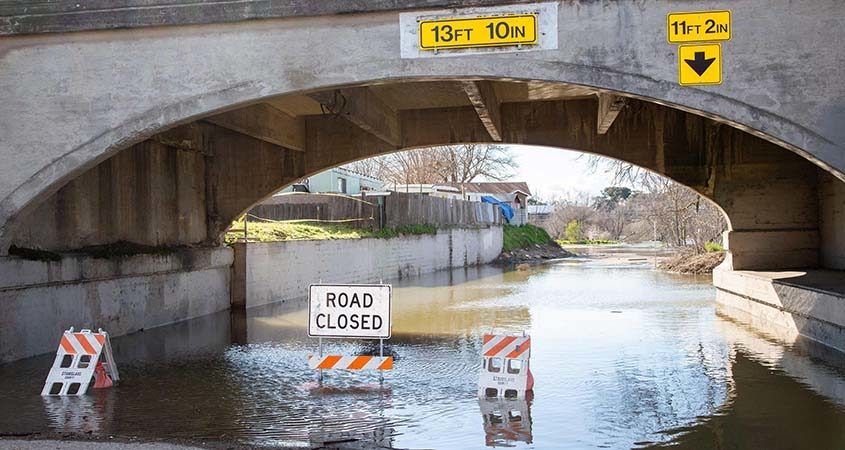 A team led by Kristen Guirguis, a climate researcher at Scripps Institution of Oceanography at UC San Diego, found evidence that the risk of hazardous weather is increasing in the Southwest.

The researchers investigated the daily relationships among four major modes of weather affecting California. How they interact governs the formation of weather events such as atmospheric rivers capable of bringing torrential rains and Santa Ana winds that can spread devastating wildfires.

“This study suggests that weather patterns are changing in a way that enhances hot, dry Santa Ana winds, while reducing precipitation frequency in the Southwest,” said Guirguis. “These changes in atmospheric circulation are raising the risk of wildfires during California winters.”

The basis of the research was an examination of the dominant atmospheric circulation patterns over the North Pacific Ocean, known as Baja-Pacific, Alaskan-Pacific, Canadian-Pacific, and Offshore-California modes. What distinguishes them from each other are the relative positions of ridges and troughs in the atmosphere.

Weather patterns and a warmer atmosphere

“This spells challenges for wildfire and water resource management and provides observational support to our previous results projecting that California will increasingly have to depend on potentially hazardous atmospheric rivers and floodwater for water resource generation in a warming climate,” said study co-author Alexander Gershunov, a Scripps Oceanography climate scientist.

The U.S. Department of the Interior via the Bureau of Reclamation and the Southwest Climate Adaptation Science Center, the California Department of Water Resources, and the Regional Integrated Sciences and Assessments (RISA) California—Nevada Climate Applications Program and the International Research Applications Program of the National Oceanic and Atmospheric Administration funded the study. Additional funding was provided by the University of California Office of the President MRPI grant.

The San Diego County Water Authority has a partnership with the Scripps Institution of Oceanography at UC San Diego to better predict atmospheric rivers and improve water management before, during and after seasonal storms.

💧Faces of the Water Industry: Work for Water

💧Newsom Signs Legislation ...to Save Californians Money and Water

💧‘It’s Getting Close’: as Megadrought Grinds on, Arizona Working to Meet Water Demands

“Water supply investments made here are examples of what needs to be done,” said State Water Board Chair Joaquin Esquivel, referring to successful supply diversification investments by the Water Authority and its 24 member agencies, during a legislative roundtable on water affordability Sept. 29. bit.ly/3UJn1YJ #cawater ... see moresee less

Water affordability issues were the key topics during a legislative roundtable at the San Diego County Wa...
view on facebook
· share