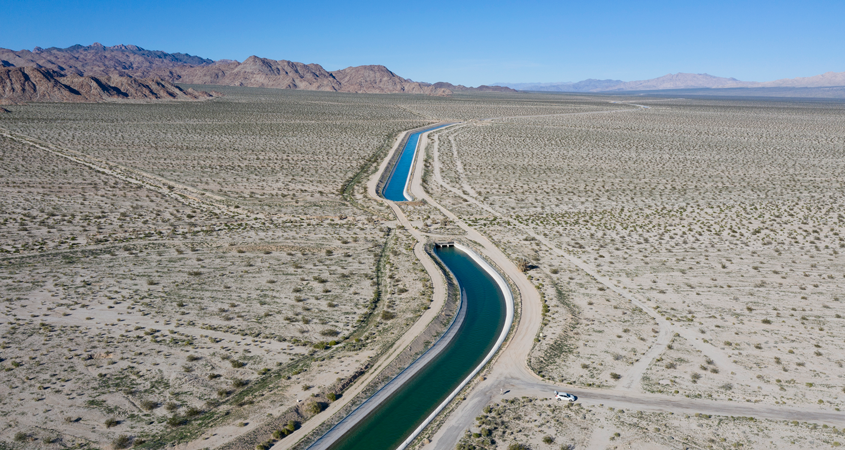 A draft report released today by the San Diego County Water Authority shows that building a new conveyance system to transport regional water supplies from the Colorado River Quantification Settlement Agreement is cost-competitive with other long-term options for meeting the region’s water needs.

The draft Phase A report is under review by water officials across the region. The Water Authority’s Board of Directors is expected to decide whether to move to Phase B at its July 23 meeting.

“By releasing this draft report – along with an independent review of key financial assumptions – we are trying to spark a thoughtful dialogue about our region’s water future,” said Dan Denham, deputy general manager for the Water Authority. “Given the long lead time for major water infrastructure projects, it’s important that San Diego County wrestle with these complex questions today so we can control our own destiny tomorrow.”

The Phase A report is the result of technical and cost analysis by Black & Veatch Corp. and the economic analysis by Water Authority staff. The engineering firm conducted similar studies for the Water Authority dating back to 1996, assessing “single use” water-delivery projects in those studies. The current Phase A analysis looks at conveyance projects with multiple partnership possibilities and potential benefits for the environment, water agencies and others.

Three potential pipeline routes were studied in Phase A, and the draft report says two alternatives (3A and 5A) are cost-competitive with other options, such as relying more on Metropolitan Water District of Southern California or developing additional local supplies.

“A decision about the Regional Conveyance System cannot be made in the abstract,” said Kelly Rodgers, director of the Water Authority’s Colorado River Program. “It must be made based on a comparison of the available alternatives, and we look forward to additional analysis and perspectives from our member agencies in the weeks ahead.”

The Water Authority currently pays MWD to transport QSA water through the Colorado River Aqueduct to San Diego. The regional conveyance system would be designed to convey the QSA water, which in 2021 will reach its full amount of 280,000 acre-feet of water annually. The current Water Transfer Agreement between the Imperial Irrigation District and the Water Authority continues to 2047. Both agencies can agree to extend the transfer another 30 years to 2077. 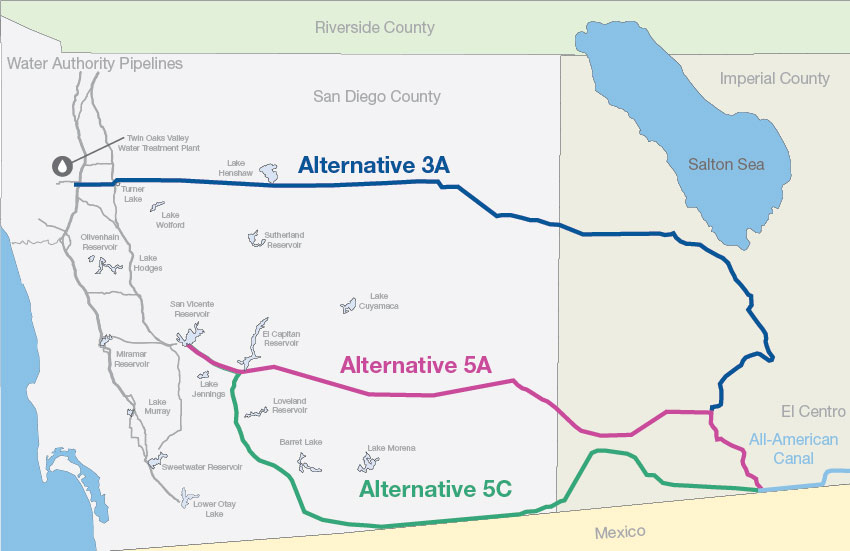 Each of the potential conveyance routes would connect to the tail end of the All-American Canal where it meets the Westside Main Canal in the southwest corner of Imperial Valley.

To read the report, go to https://www.sdcwa.org/colorado-river-supplies-management.