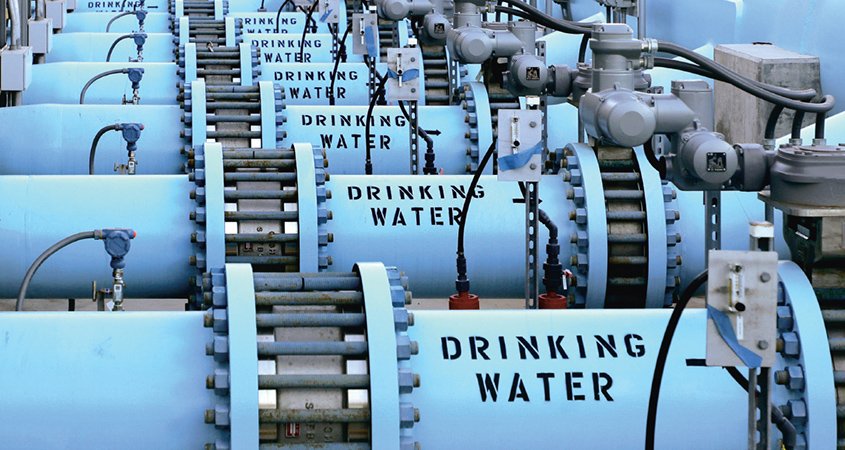 The reports cited the Water Authority’s strategic management, its conservative approach to water sales projections, and the benefits of the Water Authority’s rate case litigation that recently resulted in $44.4 million being refunded to local retail water agencies – among many other factors.

However, rating agencies also noted significant challenges ahead, including efforts by Fallbrook Public Utility District and the Rainbow Municipal Water District to “detach” from the Water Authority – a move that could negatively impact ratepayers across San Diego County. If the two North County agencies leave per their plans, Water Authority analysis shows that the other 22 member agencies will have to pay $16 million to $46 million more per year to cover the cost of the departing agencies.

Moody’s said detachment could lead to a credit downgrade, which would increase borrowing costs for critical water reliability projects. S&P Global called detachment uncertainty “an additional credit stressor” – “especially if an approved detachment sets a precedent if members can easily detach from the authority.” S&P added that, “this would be further exacerbated if the two members are not required to pay for their portion of the associated debt and infrastructure costs that the authority has undertaken to provide reliable water sources.”

Water Authority General Manager Sandra L. Kerl said, “The Water Authority maintains a solid financial position even in these difficult times, and the credit ratings reflect that. But the challenges are real as well, and they should unify the region to ensure that we continue to benefit from the safe, reliable water supplies we’ve invested in together for the past 30 years.”

In affirming their credit ratings, the services cited the Water Authority’s strong financial leadership, including prudent strategies to manage issues related to COVID-19, its success diversifying water supply sources, its commitment to infrastructure maintenance, and its financial reserves for managing contingencies, among other factors.

All three agencies addressed risks, such as additional local supplies that reduce Water Authority sales and member agency detachment. As proposed by Fallbrook and Rainbow, the detachments would allow those agencies to avoid paying for water supplies and infrastructure that have been developed in collaboration with those agencies and are currently being used by those agencies to meet their customers’ needs. Abandoning those cost obligations would force other ratepayers countywide to cover their portion of the bills already incurred for decades of investments in supply reliability.

The issue is under review by the San Diego Local Agency Formation Commission, known as LAFCO. The LAFCO process, which is designed to provide for an impartial analysis of these issues, will allow the Water Authority and all other affected parties to determine if these conditions are satisfied. If not, the Water Authority will oppose detachment.