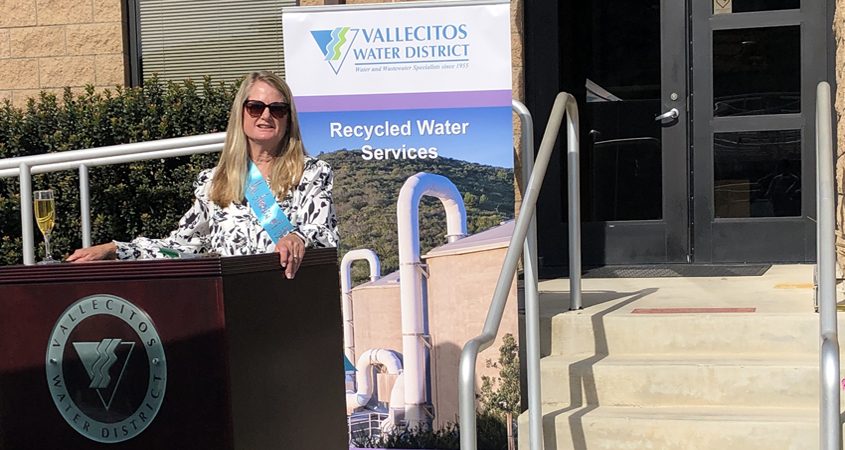 The Vallecitos Water District honored former staffer and water industry pioneer Dawn McDougle by naming a building in her honor. The McDougle Building, at the Meadowlark Reclamation Facility, celebrates her three decades in the wastewater industry.

McDougle, who retired at the end of 2021, joined district and industry colleagues, friends and family, at a dedication ceremony November 17. Her dog Farley also attended too. Farley was an honorary Vallecitos employee who accompanied her to work each day. The Vallecitos Water District Board of Directors approved the naming of the building in April 2021, but pandemic restrictions delayed a dedication ceremony. 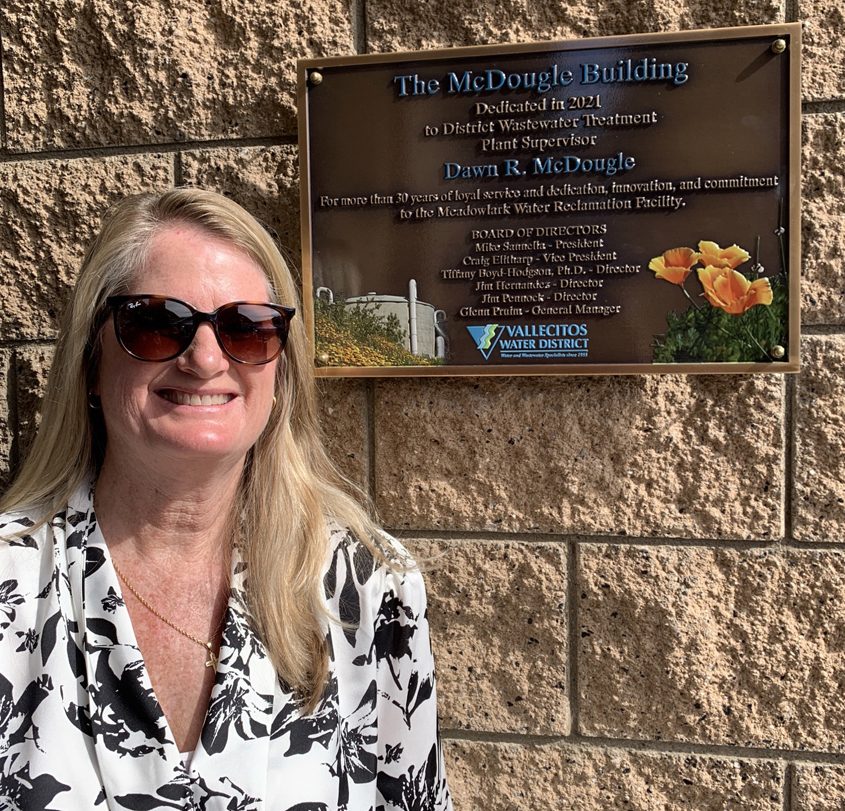 Dawn McDougle stands alongside the plaque naming the administration building at the Meadowlark Reclamation Facility in her honor. Photo: Vallecitos Water District

“I’ve worked on a lot of satisfying and interesting projects in my 30 years in the water industry, but getting the building named after Dawn McDougle is probably the best thing I’ve done,” said Robbins.

A plaque featuring native flowers was unveiled at the building during the ceremony. Yellow rose cookies were also included because McDougle planted yellow roses at the plant to add a pleasant scent. Custom cookies featured purple pipes watering flowers, symbolizing the use of reclaimed water from the Meadowlark plan used to irrigate landscapes throughout North San Diego County. 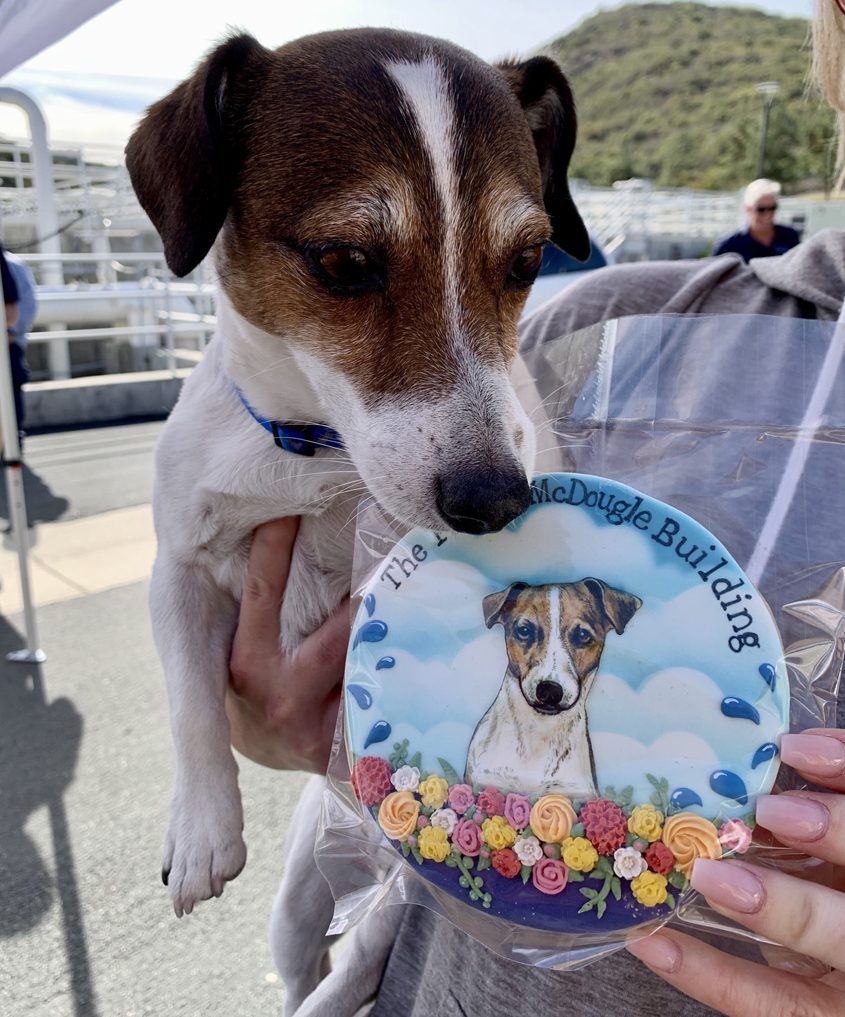 McDougle played a major role in the $30 million expansion and upgrade of the Meadowlark Reclamation Facility, extending its lifespan beyond 2030. The facility produces recycled water for golf courses at La Costa and the Four Seasons Resort Aviara in Carlsbad, several school sites, and Legoland California. McDougle kept the existing plant operating while implementing innovations allowing the facility to increase capacity while at the same time reducing chemical and energy costs. The plant successfully reached its output goal of five million gallons per day.

She started at Vallecitos as an industrial waste technician at a time when few women performed that work. She advanced her career by taking classes and earning certifications – and she helped others by mentoring and coaching them along the way. McDougle says she knew from the first day she arrived she wanted to finish her career at Vallecitos.

“For over 30 years, I have had the honor of being Dawn’s coworker, her supervisor, and most importantly … her friend,” said Vallecitos Water District operations manager Ed Pedrazzi. “Today’s dedication of the building to Dawn is well earned and well deserved.”