You are now in Capitol Insider News category. 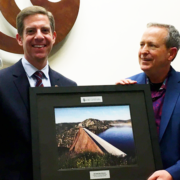 Rep. Mike Levin said California’s innovations and investments in water supply reliability and renewable energy are a model for the nation – and that the state’s efforts protect the environment while growing the economy at the same time.

Levin, an attorney and congressman from San Juan Capistrano, represents the 49th District, which includes, Encinitas, Carlsbad, Vista, Oceanside and a portion of southern Orange County.

He made his remarks November 6 during a Legislative Roundtable at the San Diego County Water Authority attended by water agency board members and staff, local civic and business leaders and Citizens Water Academy graduates.

“We need a diverse array of resources for water,” said Levin. “Water is a finite resource that we often take for granted.”

The Water Authority periodically holds Legislative Roundtables to hear about water-related issues in Washington, D.C. and Sacramento. More than 60 people attended the Wednesday event, asking Levin a variety of questions about water, energy and climate change.

In his first 11 months in office, he has sponsored and co-sponsored the following bills:

He introduced that legislation in July 2019 to raise the funding authorization in the Water Infrastructure Improvements for the Nation Act for desalination projects to $260 million.

California’s clean energy economy a ‘model for the nation’

He also said California has proven that a clean energy economy works to enhance environmental sustainability and jobs.

“We’re leading the way in California, and at the end of the day, we’ve developed a clean energy economy,” Levin said. “The state is a model for the country in how to protect the environment and grow the economy.” 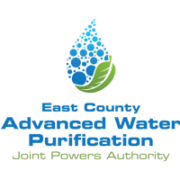 On Tuesday, November 5, 2019, appointed representatives from Padre Dam Municipal Water District, City of El Cajon and County of San Diego held the formation meeting of the East County Advanced Water Purification Joint Powers Authority (JPA) to serve as the governing body for the East County Advanced Water Purification project. The creation of the JPA marks a key milestone in moving forward the project that will create a new, local, sustainable and drought-proof drinking water supply using state-of-the-art technology to purify East San Diego County’s recycled water. In its initial action, the Board elected Gary Kendrick, representing the City of El Cajon, to serve as Chair of the JPA for the first year. Supervisor Dianne Jacob, representing the County of San Diego, was elected as Vice Chair. August Caires, representing Padre Dam, serves as the third member of the JPA Board. 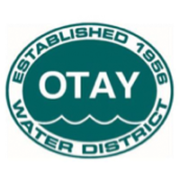 Chula Vista, Calif. – The Otay Water District is the recipient of the Service Provider of the Year Award from the Otay Mesa Chamber of Commerce. This award is presented to an organization for its corporate identity and first impressions, and overall service to customers including creativity in assisting customers, responsiveness and timely attention to its customers, problem-solving, customer awareness, and staff availability.

SAN DIEGO (KGTV) – San Diego County farmers are finding innovative solutions to problems brought on by climate change. “It’s getting hotter and drier, and we’re in longer, more frequent droughts,” says Al Stehly, who manages 15 farms in the North County. “So we have to use the water we do have better.” Stehly says water is the biggest concern as temperatures rise. “It’s just going to get hotter and drier,” he says. “So we’ve got to squeeze everything out of that sponge that we can without depleting the resource.”

SACRAMENTO, Calif. (CN) – Yo-yoing between heat waves, torrential rainfall and raging wildfires that burn through Thanksgiving, the explosive nature of California’s weather has been on full display over the last several years. The state’s worst drought, one of its wettest winters and both the largest and most destructive wildfires all occurred this decade. Unpredictability has long been a staple of the Golden State’s climate, but scientists warn that warming temperatures will likely lead to shorter, more intense rainy stretches – putting added strain on the state’s overworked water infrastructure.

Solar and wind farms are popping up around the country to lower carbon emissions, and these renewables also have another important effect: keeping more water in the ground. A new Princeton University-led study in Nature Communications is among the first to show that solar and wind energy not only enhance drought resilience, but also aid in groundwater sustainability. Using drought-prone California as a case study, the researchers show that increased solar and wind energy can reduce the reliance on hydropower, especially during drought.

SANTA BARBARA, Calif. — Water is one of California’s biggest needs. In Kern County, there are three types of water sources: ground water, state water from canals and surface water from the Kern River. Santa Barbara has similar access to their own ground water, state water and surface water; but they use the Pacific Ocean to help offset their water needs. The Kern River, it brings about 760,000 acre feet of water to the valley a year. In 2014 the Kern County Water Agency found that The Kern River only made up 21% of our water supply.

Water providers across California are buying gasoline- and diesel-powered generators, arranging for fuel deliveries, and asking customers to cut back on showers during power outages triggered by electric utilities trying to avoid wildfires. The outages are affecting both rural areas like Sonoma’s wine country, and sprawling urban centers like Los Angeles, where suppliers provide water for households and businesses—as well as fire departments battling wildfires.

The Imperial County is asking for Governor Newsom’s help as Salton Sea Conditions continue to worsen, affecting the health of county residents. On October 22, 2019, the Imperial County Board of Supervisors unanimously approved the Proclamation of Local Emergency for Air Pollution at the Salton Sea, addressing extreme conditions that affect the safety of county residents. The letter breaks down the steady downhill of the Salton Sea’s conditions, beginning in the 1980’s when the body of water still receiving steady inflows.

The thinking started small and then grew much bigger at a gathering Tuesday in Bakersfield that was intended to provide a “survival toolkit” for farmers and water managers facing drastic restrictions on Central Valley groundwater pumping. Irrigation and other technical specialists opened the meeting by promoting ways to maximize the region’s existing water resources. Discussions ranged from individual investments in desalination to gathering water-use data as a way for farmers to defend against government accusations of over-pumping.

💧Calif. Senators Press Congress for $1B to Prep for Future Drought

Friendly reminder, thanks to some weekend rain you can give your irrigation system a break for a few days. ☔️💧 ... see moresee less