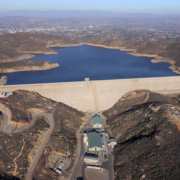 The “Goldens” recognize the best and worst in local government spending, decision-making, and efficiency. Winners will be announced at the sold-out #Goldens awards dinner on Thursday, May 17. The Taxpayers Association (@sdcta) is a non-profit, non-partisan organization, dedicated to promoting accountable, cost-effective and efficient government.

“We’re very excited to recognize the good work done this year,” said Haney Hong, President and CEO of the Taxpayers Association. “The Golden Awards Dinner is a great time to acknowledge local government’s biggest achievements and also the flops from the past year. We appreciate all the elected officials and notable San Diegans who come from across the region to participate in this event.”

In 2016, the Water Authority and Poseidon Water received the Grand Golden Watchdog from the Taxpayers Association for the Carlsbad Desalination Project for “stretching taxpayer dollars through cooperation between the public and private sectors.”

This year, the Water Authority is up for an award for its Emergency & Carryover Storage Project. The Project is composed of a system of reservoirs, interconnected pipelines, and pumping stations designed to make water available to the San Diego region if imported water deliveries are interrupted. The project added 90,100 acre-feet of water storage capacity for emergency use, and more than 105,000 acre-feet of carryover storage capacity as a hedge against dry years.

The project won an Award of Merit in the 2016 Global Best Projects competition held by the industry publication Engineering News-Record. It was also named Project of the Year by the American Public Works Association, and it won the American Society of Civil Engineers’ 2017 International Outstanding Civil Engineering Achievement Award. For more about the project, click here.

The full list of finalists for the Golden Watchdog Award: