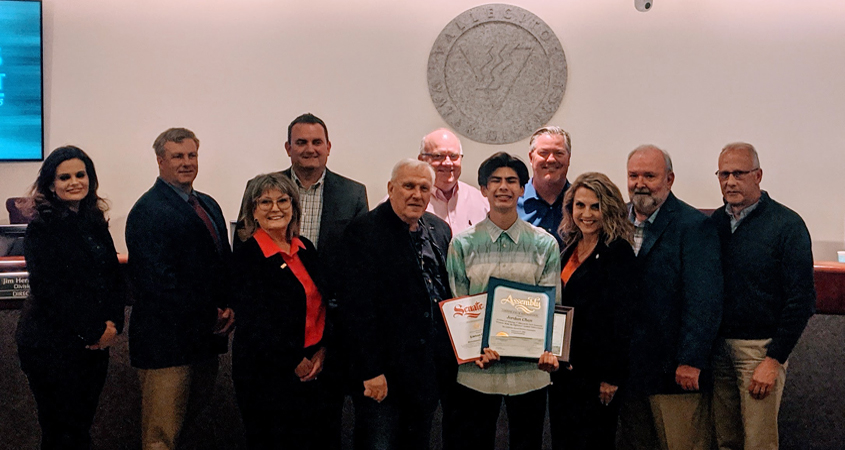 Chan received his $500 scholarship prize at the February Vallecitos Water District board meeting. He received recognition from state legislators and CSDA representatives. Chan was honored with a proclamation from San Marcos Mayor Rebecca Jones, and certificates of recognition from the offices of State Senator Brian Jones and State Assemblywoman Marie Waldron. 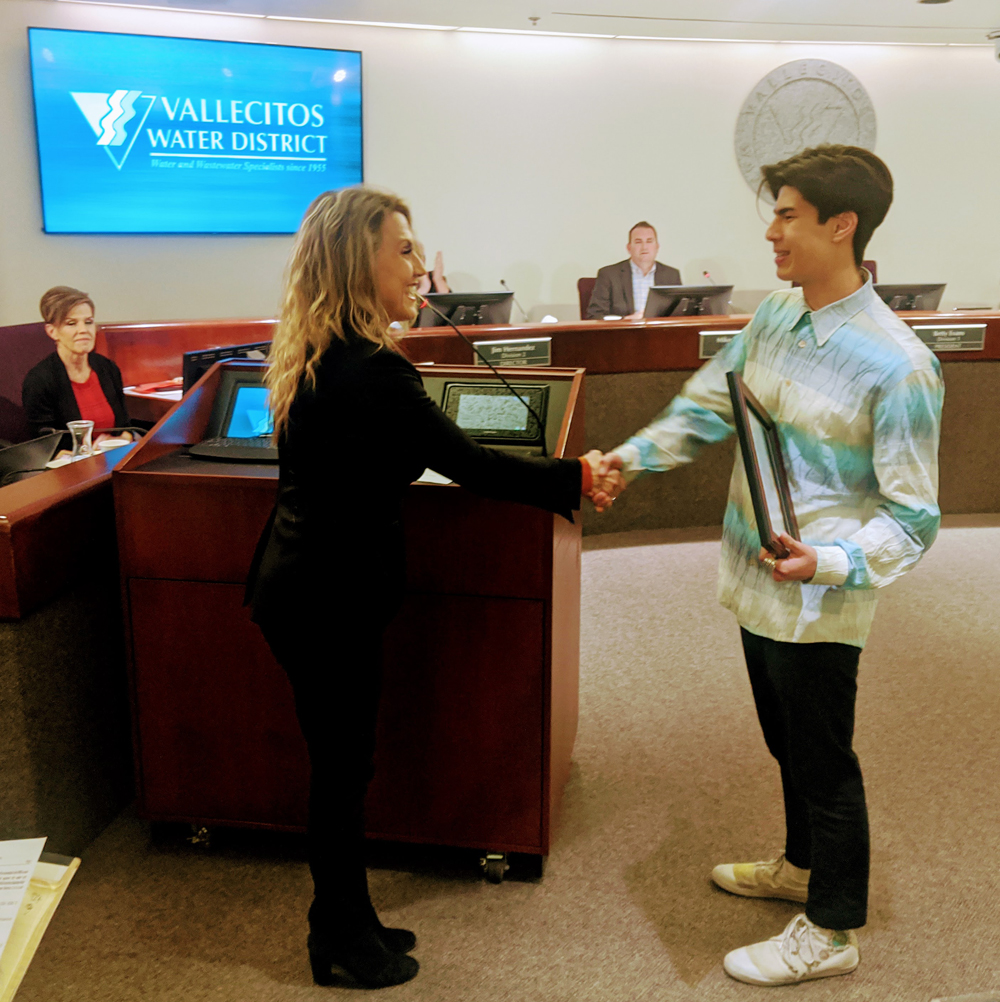 “Jordan is clearly a talented young Californian whose academic career the California Special Districts Association is proud to support,” said Kyle Packham, CSDA advocacy and public affairs director. “Jordan’s video will raise awareness and understanding of the special districts serving our community and encourage other students like him to become more civically engaged.”

Chan’s video showcased his skill and creativity by using a Wild West time travel theme to illustrate the importance and variety of special districts serving San Marcos and other communities throughout California, which includes the Vallecitos Water District.

CSDA’s statewide “Districts Make the Difference” video contest encourages high school and college students to learn about the local governments serving their classmates and families. Students were challenged to create a 60 to 90-second video highlighting how special districts have enhanced the lives of Californians through the delivery of local services and infrastructure to their community.

Students throughout California participated in the 2020 contest. Entries were scored by CSDA officials based on four criteria: accuracy and effectiveness, creativity and originality, production quality, and entertainment value. The five videos with the highest overall scores competed for public votes at the Districts Make The Difference website, where all the winning videos are posted.

“Districts Make the Difference” is a public outreach campaign sponsored by CSDA to increase public awareness and understanding of special districts and promote civic engagement.

The annual Water Is Life Poster Contest provides an opportunity for students to learn about the importanc...
view on facebook
·share

For 75 years, the San Diego County Water Authority and its partners have been securing and providing an affordable and reliable water supply for our region. Learn more: bit.ly/3fVueiD #StrongerTogether #cawater ... see moresee less