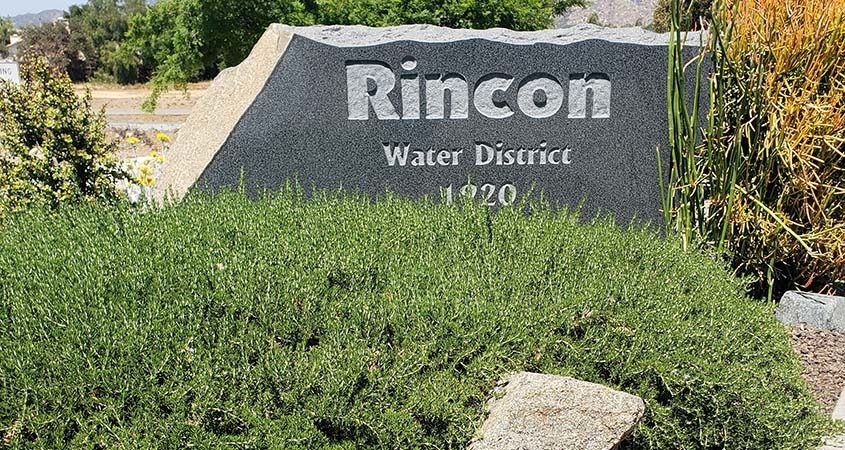 Rincon del Diablo Municipal Water District reports that it completed an initiative to provide nearly $1.2 million in rebates to customers and has received overwhelmingly positive feedback about the program.

The rebates were made possible following years of litigation by the San Diego County Water Authority against the Metropolitan Water District of Southern California for violating existing exchange agreements between the two agencies. The customer rebates come as residents across the county prepare for the holiday season, giving Rincon Water customers a boost to help put food on the Thanksgiving table and some extra gifts for family members next month.

“When the San Diego County Water Authority won their lawsuits against the Metropolitan Water District of Southern California, we had to decide on what to do with about $1.2 million that was returned to us,” said Clint Baze, General Manager of Rincon Water. “The Rincon Board of Directors said the decision was easy because the money belongs to our customers and that is where it should go. It was the right decision, and it reflects our values of integrity, transparency, and fiscal accountability.”

The Water Authority’s lawsuit against MWD resulted in the SDCWA disbursing over $90 million to 24 member agencies, including Rincon Water. The SDCWA suit was filed against MWD in an effort to remedy overcharges from 2011-2017.

Located in northern San Diego County, Rincon Water is an urban water district consisting of more than 8,600 metered connections, of which 89% are residential customers. Its industrial customers include companies ranging from a high-tech trauma hospital, a nationally popular brewery, and a large vital utility, among others.

“We take our obligations to our customers seriously – in this case, it meant returning the money as fairly and efficiently as possible, thereby giving the customer the ability to make the decision on how to spend it rather than absorbing it into the budget,” Baze said. “Rincon Water continues to lead through our excellent customer service, our top-tier water and wastewater system, and our commitment to building a sustainable system for the future.”

Rincon Water provides safe and reliable potable and recycled water to a population of 32,000 people through more than 8,000 customer connections. Our potable distribution system consists of nine enclosed reservoirs with the storage capacity of 22.5 million gallons. The potable water system consists of over 117 miles of 8″ or bigger pipeline and four pump stations and has a peak production of 10 million gallons per day.

Well-above-average water year or several wet years in are needed in a row to bust drought and replenish reservoirs.

The Elfin Forest Recreation Reserve photo contest opens during the fall and winter months for the first t...
view on facebook
· share