The San Diego County Water Authority and three of its member agencies were recognized Dec. 17 by the Public Relations Society of America San Diego/Imperial Counties chapter for outstanding work in public outreach and education efforts. 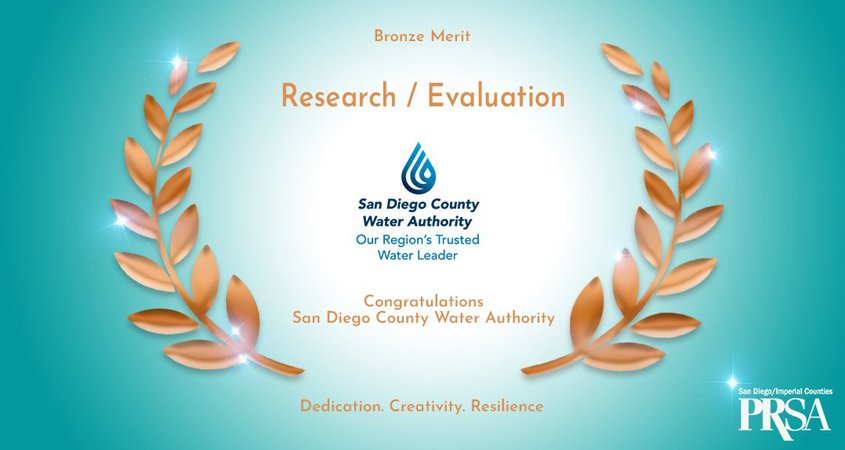 “During the initial outbreak of the COVID-19 pandemic, it was more important than ever for the Water Authority to intensify its efforts to communicate with our audiences and assure them that the virus was not transmitted through the public water system and the essential work to provide a safe, reliable water supply continued without interruption,” said Denise Vedder, director of the Water Authority’s Public Affairs Department.  “In partnership with our member agencies, the Water News Network and our Hispanic outreach initiative played a key role in achieving this goal, and it is rewarding to be recognized by PRSA San Diego/Imperial Counties chapter for those results.” 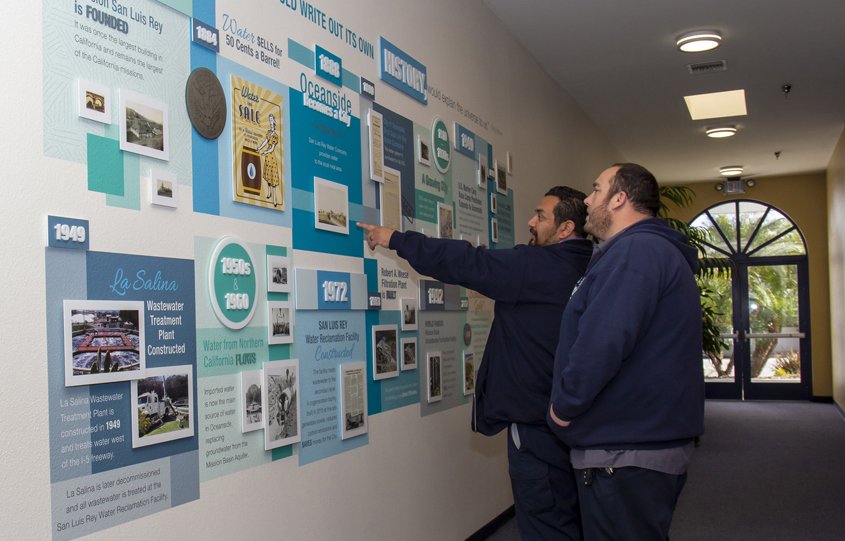 The City of Oceanside and NV5 Inc. recognized in three categories for Pure Water Oceanside:

Silver Award of Excellence, Campaigns: Events and Observances – Less Than Seven Days – “Pure Water Oceanside is on the Map!”

The City of San Diego, along with Katz & Associates, received a Silver Bernays Award of Merit in Campaigns, Events, and Observances – Less Than Seven Days for its “2020 Pure Water San Diego Virtual Contractor Expo.” 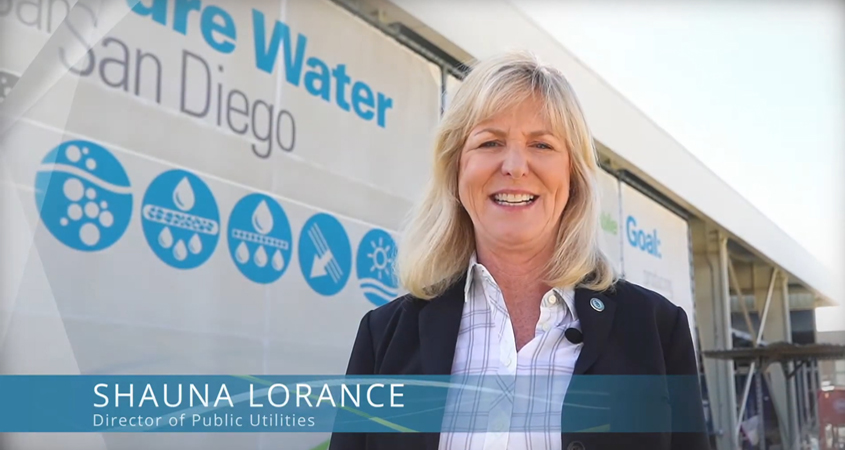 “Outreach remains a key element of our Pure Water program,” said Shauna Lorance, director of public utilities for the City of San Diego. “When the pandemic made in-person engagement impossible, our community outreach and project management teams rose to the challenge and implemented a successful 2020 Pure Water Virtual Contractor Expo. Providing the personal outreach to potential contractors allows the contractors to develop the best bids possible and helps ensure a successful Pure Water project.”

The Padre Dam Municipal Water District won a Bronze Award of Excellence for its 2019 Annual Report. 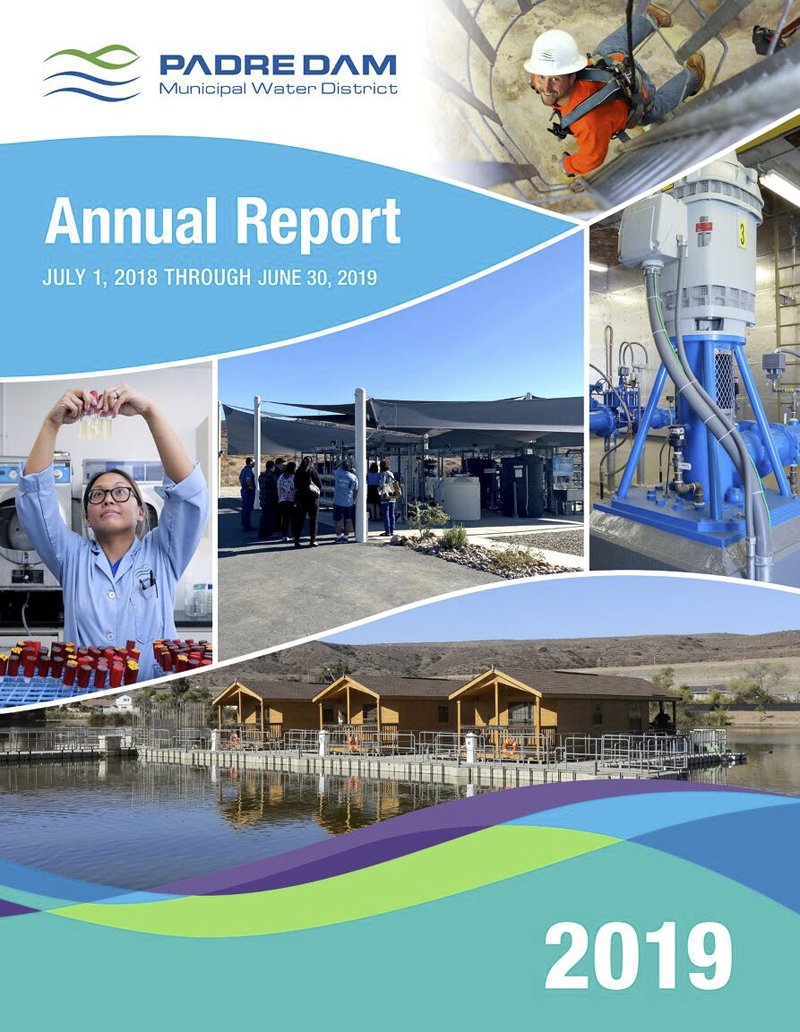 “Padre Dam is proud of our communications team for the great thought, creativity, and appreciation of the District’s work that is put into projects like the annual report,” said Melissa McChesney, communications manager for the Padre Dam Municipal Water District. “They do all of this in order to share with our customers the important work and services we provide to our community.”

The SCOOP SD program and Tracks PR received a Silver Bernays Award of Excellence in Campaigns: Events and Observances – Less than Seven Days, Business, and a Bronze Bernays Awards of Merit in Creative Tactics, both for “Sweet Relief for Small Biz During COVID.”

The San Diego County Water Authority is offering a rebate for homeowners willing to replace their lawns with more water-friendly landscape. Residents in the water authority’s service area can apply to get a rebate of $3 for every square-foot of lawn they replace with drought-tolerant plants; $2 will be provided by the Metropolitan Water District of Southern California and $1 will come from the water authority. Use this calculator to estimate your rebate amount. 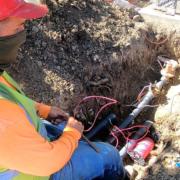 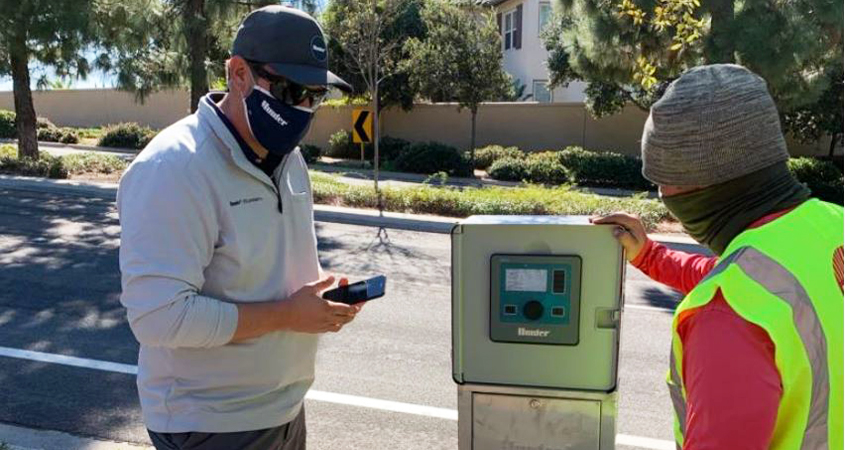 Through its report, the landscape architects recommended areas of opportunity for the San Elijo HOA to save its homeowners money and water long-term. Through the WSCIP, the project earned $24,000 in rebates. The amount of water savings from weather-based controllers can range from 10% to 30% of actual water applied, and another 20% to 40% water savings by changing to a pressure-regulated point source drip system. 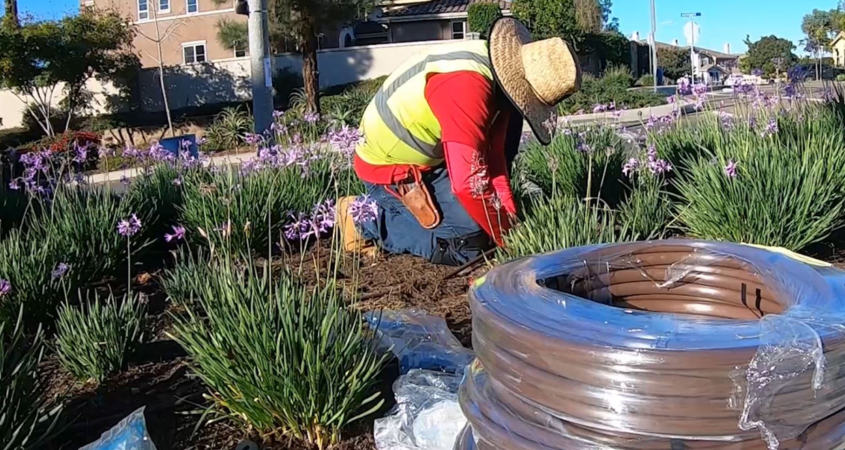 “The smart irrigation controllers help send an alarm when there is a break, and the controller will stop the master valve and stop the leak,” said Fabian Alejo, account manager for O’Connell Landscape Maintenance. “The smart controller makes it easier for us to monitor flow, water usage, and leaks.”

Alejo said that the software that comes with the controller allows crews to get alarms in real time.

“Getting the alarms in real time pinpoints exactly the controller and the station number where we have a high water or no flow reading, allowing us to make repairs immediately where water is being wasted,” said Alejo.

“The rebate program is incredible,” said Concra. “HOAs using this program can save a lot of money, and a lot more than they think.” 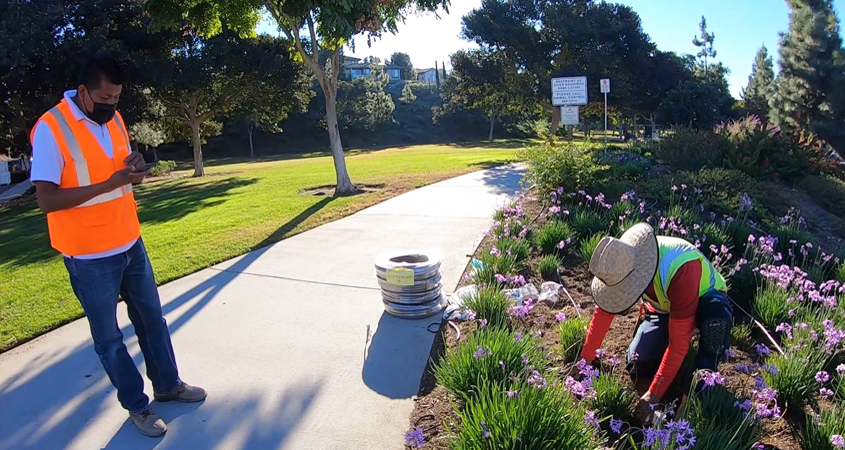 Yale Hooper, principal landscape architect with Van Dyke, said the teamwork among the participants with the Water Authority and Vallecitos Water District makes the program so successful.

“From our perspective as landscape architects, these programs are priceless,” said Hooper. “If I were a contractor or HOA, these are ‘must do’ programs.” 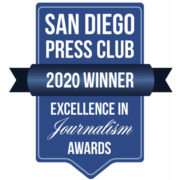 For the third consecutive year, the Water News Network was recognized as the Best Public Service/Consumer Advocacy Website for its public outreach and education by the San Diego Press Club. The website was established by the San Diego County Water Authority to bridge the gap in news coverage of water-related issues affecting the region.

The first place award was announced during the San Diego Press Club’s 47th annual Excellence in Journalism Awards event, which was live streamed from the San Diego Automotive Museum on October 27.

Among the largest annual competitions in the United States, San Diego’s finest reporters, photographers, writers, artists, and communicators were honored with the region’s top awards.

“We’re proud to share this award with our 24 member agencies who provide the majority of the original content on the Water News Network,” said Denise Vedder, public affairs director for the San Diego County Water Authority. “The collaboration with our member agencies and other organizations make possible the timely and accurate information about water issues, projects, and programs that affect 3.3 million people across San Diego County.”

Earlier in 2020, the Water News Network was given an EPIC Award as the Best California Public Agency Website by the California Public Information Officers (CAPIO). The CAPIO EPIC Awards recognize the “best of the best” in government communications throughout the state. Winning entries demonstrate the most creative and effective efforts in the areas of communication and marketing campaigns, newsletter production, photography, special events, writing, website development, and video production.

The Water News Network was praised by the CAPIO EPIC Award judges for its initiative in producing original story content with its stakeholders in mind.

“The San Diego Press Club Excellence in Journalism Awards celebrates professionals whose research, writing, reporting, and visual skills shed light on newsworthy topics that matter to us all,” said Albert Fulcher, 2020 San Diego Press Club president. “At a time when many Americans distrust the news media, I am proud of our organization’s 450 members and their commitment to truth and fairness with integrity, high standards, and ethical reporting.”

“I am also proud of our success at uniting journalism and public relations professionals while providing career-enhancing programs and networking opportunities for our members,” said Fulcher.

The San Diego County Water Authority approved a permanent Special Agricultural Water Rate program late last year but did not include any criteria. On Sept. 24, the SDCWA approved an ordinance adopting the program and setting eligibility criteria.

The San Diego County Water Authority is partnering with the renowned Scripps Institution of Oceanography at UC San Diego to better predict atmospheric rivers and optimize water management before, during and after California’s ever-changing seasonal storms.

Atmospheric river storms produce 40%-60% of the West Coast’s annual precipitation and are responsible for the majority of flood damage in the region. Predicting and managing this is challenging due to unpredictable and changing snowmelt and rainfall.

To study this, Scripps’ Center for Western Weather and Water Extremes (CW3E) introduced the Water Affiliates Group, which brings together relevant science and water industry expertise to enhance reservoir operations along with California’s changing climate.

The San Diego County Water Authority announced today it is partnering with the Scripps Institution of Oceanography at UC San Diego to better predict atmospheric rivers and improve water management before, during and after those seasonal storms.

The San Diego County Water Authority announced Monday it is partnering with the Scripps Institution of Oceanography at UC San Diego to better predict atmospheric rivers and improve water management before, during and after those seasonal storms. This month, Scripps’ Center for Western Weather and Water Extremes launched the Water Affiliates Group, which brings together science and hands-on water industry experience to enhance reservoir operations in light of the changing climate. The water authority has a long-running alliance with Scripps.

On Wednesday, May 27 the San Diego County Water Authority welcomed Escondido Deputy Mayor Consuelo Martinez as its newest board member. The deputy mayor was sworn into the role via a Zoom call from her office.