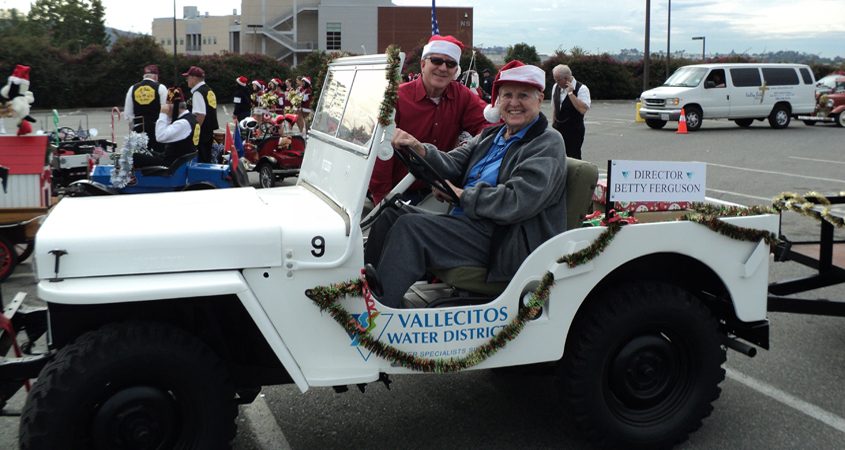 The Vallecitos Water District will honor its history when it moves a vintage service vehicle with a significant story to tell into its lobby this month.

The District’s General Manager Glenn Pruim approved moving the 1946 “Willys” CJ2A Jeep into the lobby of its headquarters building as a museum display, with informational signage and photos depicting its activities. 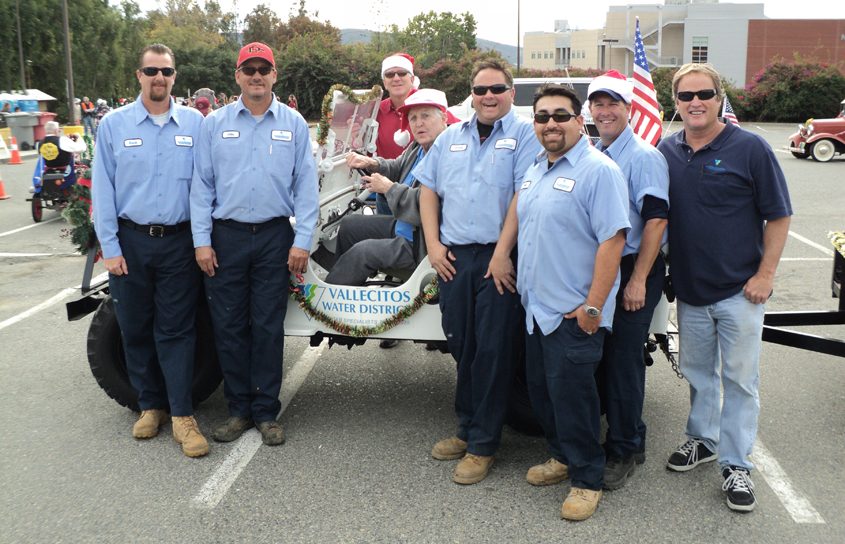 The 1946 Jeep served the water district for decades. It became a favorite public outreach tool, appearing in parades and public events. It made its final appearance in a San Marcos Christmas Parade. Photo: Vallecitos Water District

The 1946 Jeep served the water district for decades. It was used to survey property. When this task was no longer feasible, the Jeep became a favorite public outreach tool, appearing in parades and public events in the Vallecitos service area. It made its final appearance at the 2010 San Marcos Christmas Parade, driven by Vallecitos Board Member Margaret E. “Betty” Ferguson, who had an affinity for the Jeep after serving in the Women’s U.S. Marine Corps.

In addition to her 35 years of dedicated service to the Vallecitos Water District on its board of directors, Ferguson was the first City Clerk for the City of San Marcos. She was the planning commission secretary and city manager pro tem from 1963 to 1971. Throughout her career, Ferguson served on many city, county, and state boards, task forces, and commissions.

Vallecitos Public Information Representative Lisa Urabe said Ferguson repeatedly demonstrated her ability to work with other board members, customers, and District employees. “Betty was more than just a Vallecitos board member,” said Urabe.

In 2013, the Vallecitos Water District adopted a resolution honoring Betty’s contribution, diligent efforts, and selfless service to the District.

Board of Directors Salutes Betty

Several years later, Board President Jim Hernandez and Board Member Betty Evans expressed interest in using the Jeep for public outreach. Public Outreach/Conservation Supervisor Chris Robbins suggested the idea of a museum-type display. He suggested naming the Jeep “Betty” after Ferguson’s recent passing to honor her longtime service. “She used to love to drive it,” said Robbins.

The Jeep will be moved into place over a weekend, with curated signage and information about the colorful history of “Betty” and its beloved namesake. It will be on public display during business hours.