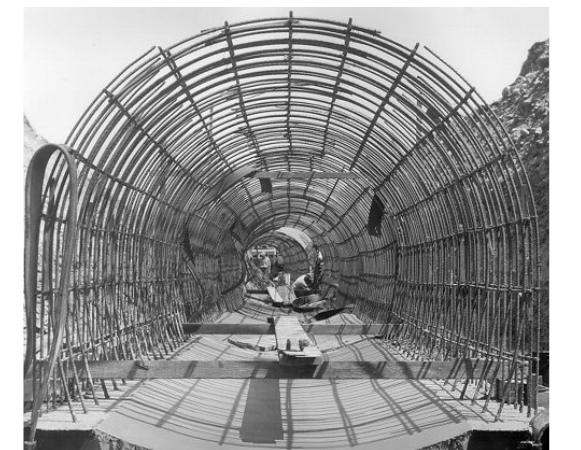 San Diego became a hub of Naval Activity after the Japanese bombed Pearl Harbor and the United States entered World War II in 1941. The city’s population doubled in two years, and water use also doubled. It was clear the city and the Navy would soon need water from the Colorado River. An aqueduct for bringing that water to San Diego became a top priority.

The Navy was willing to help build the aqueduct, and let the City of San Diego pay it back. On November 28, 1947, the first Colorado River water finally flowed south from the Colorado River aqueduct’s western end in Riverside County for 71 miles into the City of San Diego’s San Vicente Reservoir near Lakeside via the San Vicente Aqueduct, now known as Pipeline 1 of the First San Diego Aqueduct. It ran over some of the county’s most rugged terrain and could deliver 65,000 acre-feet per year. At a time when all of San Diego County had less that three weeks’ water supply remaining, the completion of the project came just in time.