Tag Archive for: Imperial County Board of Supervisors

Newly announced state funding for the Salton Sea is expected to maximize habitat outcomes and provide immediate economic relief to the community.

At Tuesday’s Imperial County Board of Supervisors meeting on Tuesday, District 1 Supervisor Jesus Eduardo Escobar wanted to know what is meant by providing immediate economic relief to the community and how this would occur. He also asked if the $220 million was part of the master plan and whether the funds would be used for restoration purposes.

Members of the Imperial County Board of Supervisors during their meeting on Tuesday, Feb. 23, discussed potentially suing the United States government or sending a strongly worded “demand” letter to federal officials to try to sway them to take action on building a wastewater treatment facility on the border to help clean the filthy waterway.

EL CENTRO — Imperial County supervisors are well aware that Gov. Gavin Newsom’s proposed budget, that would include $220 million for the Salton Sea and the New River, comes with a catch.

A cornerstone of Newsom’s proposal, which aligns with his Water Resilience Portfolio, is a new $4.75 billion climate resilience bond that he wants on the November ballot. 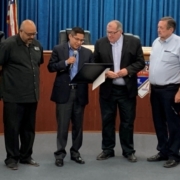 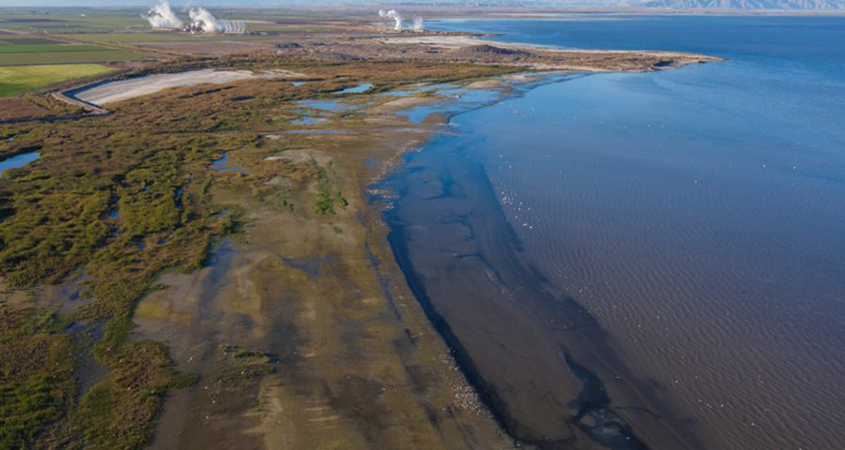 Imperial County has had enough. That was the message from the county board of supervisors on Tuesday as they voted unanimously to declare a local state of emergency at the Salton Sea.

And that may not be all: In addition to the action on the state’s largest lake, supervisors said they will seek another emergency declaration on the badly polluted New River — which flows into the Salton Sea — in two weeks.