Alongside other cornerstone industries such as tourism and biotechnology, agriculture sustains the San Diego County’s economy with a farmgate value of nearly $2 billion a year, according to the most recent county assessment. Avocados – one of the county’s signature farm goods — account for $140 million of the farming total growth of 16% in 2019, county figures show.

And all the crops countywide are supported by reliable water supplied by the San Diego County Water Authority and its 24 member agencies, which have invested strategically over the past three decades to ensure water availability even during dry years. The Water Authority has also created a special ag water program that offers lower-cost water in return for lower reliability so that farmers can choose the level of service that works best for them. 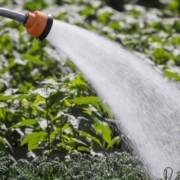 Anyone who has taken a weekend drive into San Diego’s backcountry — along state Route 78 between Ramona and Julian or state Route 79 from Santa Ysabel to the Riverside County border — knows that the local winery industry is booming.

You can’t go more than a mile or so without seeing a directional sign to a boutique winery where vineyards and often tasting rooms await.

More much needed rain is forecast for parts of CA this weekend! Remember to ...save #water by not watering lawns or ornamental landscapes within 48 hours of a recent rain event. Find tips on saving💧water💧here: https://saveourwater.com
#saveourwater

Year-to-date, 2022 has been on the drier and warmer end, but November precip. ...and temperatures in the Lower 48 were close to average, putting last month in the middle third of the 128-year record according to @NOAANCEI.
#drought

When the #ColoradoRiverCompact was signed 100 years ago, the negotiators for seven Western states bet that the river they were dividing would have ample water to meet everyone’s needs – even those not seated around the table. bit.ly/3VM5LCa #ColoradoRiver #cawater ... see moresee less

When the Colorado River Compact was signed 100 years ago, negotiators for seven Western states bet the ri...
view on facebook
· share