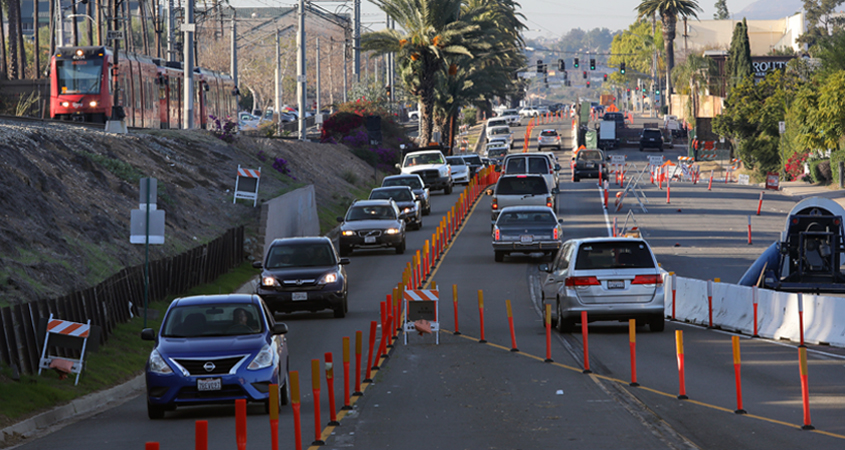 The Water Authority is in the final stages of the Lake Murray to Sweetwater Reservoir Pipeline 3 Relining Project, including the restoration of roadways to pre-construction condition. Photo: Water Authority

Major construction activities have concluded at a pipeline relining project in La Mesa and Spring Valley, and the entire project is on track for completion by the end of June.

The timely success of the project underscores the value of collaboration by the Water Authority’s project team; public agency stakeholders such as the city of La Mesa and Helix Water District; and the contractor, L.H. Woods & Sons, Inc.

Construction began in September 2017. The bulk of the work was performed underground, through portals, which allow easy access to the pipe. This process is about half the cost of a conventional pipeline replacement project and is less disruptive to the environment and surrounding communities.

The 4.3-mile project is part of a larger effort by the Water Authority to rehabilitate 82 miles of its pre-stressed concrete cylinder pipe installed between the early 1960s and 80s throughout the county. This type of pipe has been found to be less reliable than previously thought. In response, the Water Authority launched the Pipeline Relining Program to reinforce these pipes with steel liners, increasing their service life by 75 years or more.

With the last of the new steel liners installed, welded, grouted and lined with cement mortar, the remaining work includes site restoration – such as re-paving and re-striping roadways – and demobilizing.

With the completion of the Lake Murray to Sweetwater project, the Water Authority has rehabilitated more than half of its pre-stressed concrete cylinder pipe.