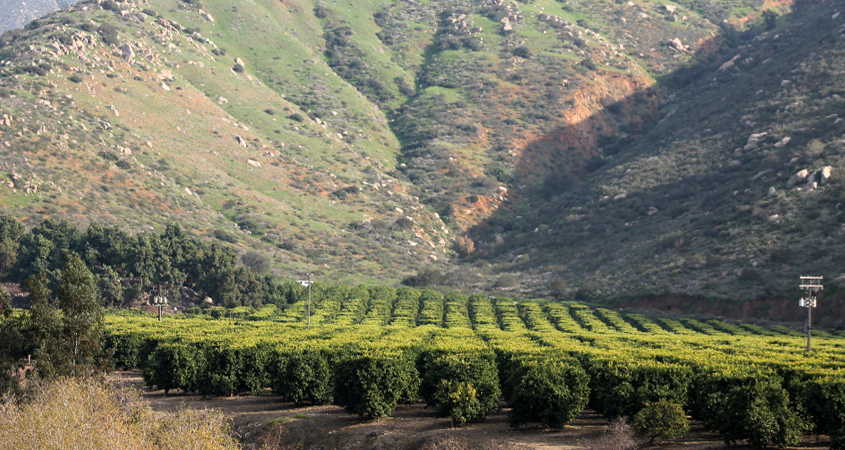 Instead of waiting for Yuima Valley’s precious groundwater supplies to dry up, the Yuima Municipal Water District and local farmers are working cooperatively to create a sustainable long-term strategy for maintaining the region’s economy and quality of life by proactively managing the valley’s aquifer.

To the east in Borrego Springs, the chronically water-short community offers a warning about over-tapping groundwater. Borrego Springs expects to face a 75 percent reduction in water supplies by 2040. The current plan is to let 3,800 acres of agriculture go fallow because farms use 80 percent of the community’s groundwater.

Yuima farmers also have relied on groundwater supplies for decades. Crops such as citrus and avocado flourish in the valley, nestled between Palomar Mountain and Valley Center.

But Yuima farmers want a different kind of future than they see unfolding in other groundwater-dependent areas of arid West.

Working with growers to sustain agriculture 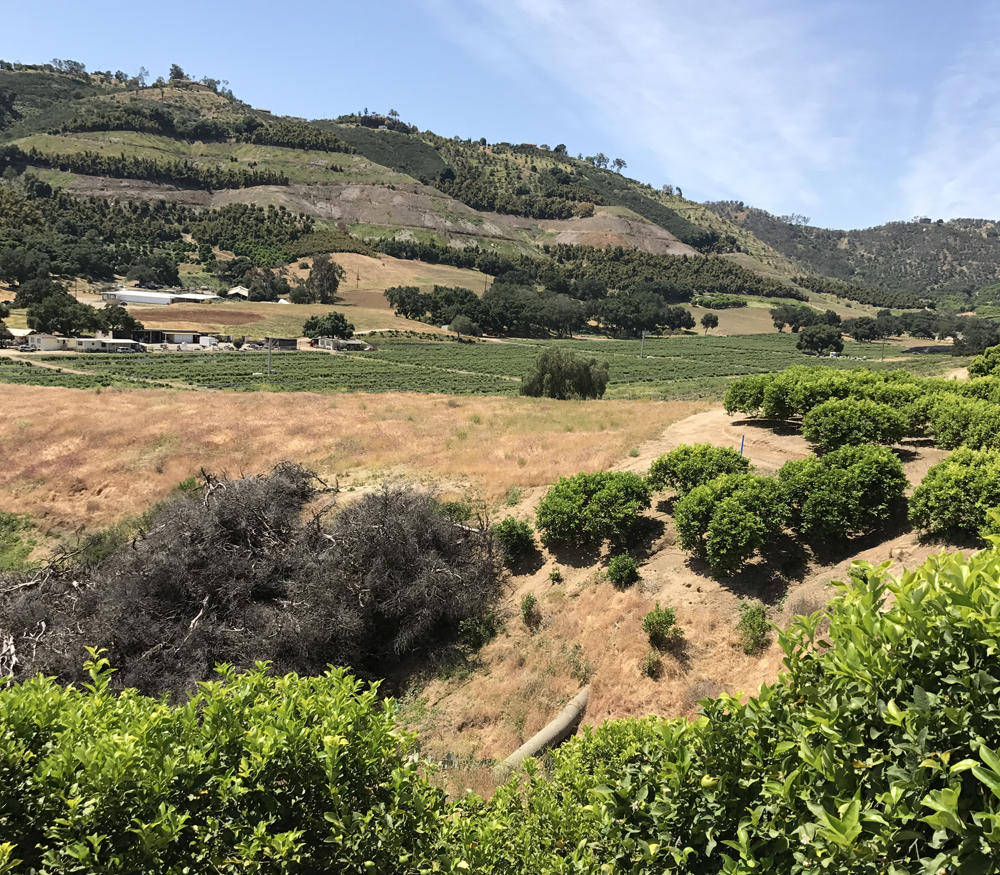 “What we’ve tried to do is work on a program encouraging farmers to join our system,” Williamson said. “Many have been pumping wells on their property, and they know it will be curtailed in the future due to new laws protecting groundwater. They need to look to imported water to make up the difference.”

Yuima is among the smallest water districts in the region, covering 13,460 acres. Its 10 largest water users are all agricultural customers, consuming approximately 70 percent of total district water deliveries annually.

“There was a fair amount of discussion and education,” said Williamson. “Farming interests knew they had to come up with an alternative source of water to replace what they might not have in the future. They know it doesn’t serve anyone to draw the system down to nothing. They can look across this valley. All you see is green, citrus and horticulture being raised.”

Pauma Valley’s largest agricultural water user and a large avocado farm were the first to sign on. “It was a win-win situation,” said Williamson, “They still pump groundwater, but not as much as they used to. It will help everyone under the new groundwater regulations. Knowing it’s always available, they can set their watering patterns to meet the best efficiency from their water dollars as they possibly can.”

“We currently have projects under way that will double our amount of imported water coming into the district,” said Williamson. “That will be done by 2020, so at that point it will coincide with these new regulations in place. We want to be ready with other agriculture interests. They are under the gun and need alternative sources of water.”

Williamson said so far, Yuima hasn’t faced water supply interruptions. “Because Pauma Valley is such a close-knit community, we will call our biggest users and warn them, ‘Things are a little tight, can you water at night or cut back watering time a little bit to get through this crunch?’ Everyone has been extremely cooperative with this idea.”

Williamson says the goal for his district is to remove the supply interruption provisions completely when capacity upgrades are completed in 2020.

“This valley is all about two things: agriculture, and Indian gaming. The tribes have indicated they don’t want to see agriculture hurt here. They feel it creates a really nice environment,” Williamson said. “This district takes a lot of pride being part of that environment. We want to be a positive influence, rather than wearing a black hat.”