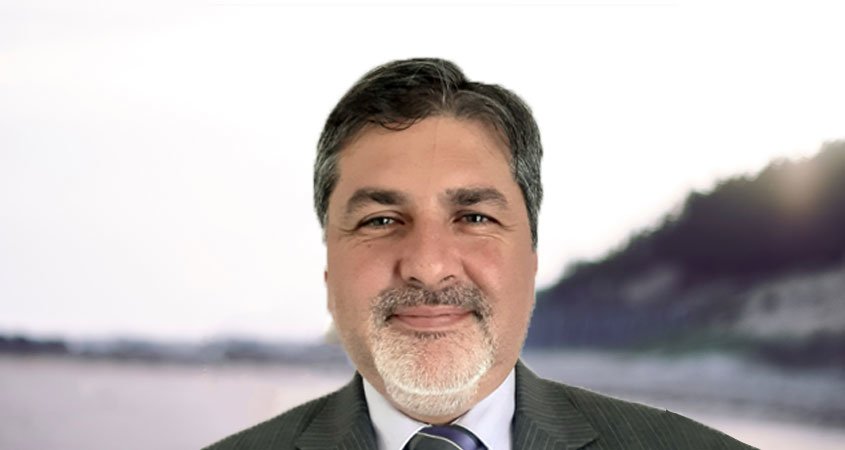 Carlos Quintero was appointed as General Manager of the Sweetwater Authority. He starts his new position September 27.

The Sweetwater Authority Governing Board approved Quintero’s contract at its September 8 meeting.

“After a highly-competitive recruitment process, the Governing Board is excited to have Carlos Quintero joining the Authority as General Manager,” said Governing Board Chair Hector Martinez. “His extensive experience in the water industry will serve him well in his new role. We look forward to working with him and continuing the Authority’s mission to serve the community.”

Quintero is a registered Professional Engineer (PE), MIT Graduate and is currently the Operations Manager for the Santa Ana Watershed Project Authority in Riverside, California. He has 24 years of water industry experience.

“I am honored to have been appointed General Manager by the Sweetwater Authority Governing Board,” said Carlos Quintero. “I look forward to working closely with our Board of Directors and staff to continue implementing the Board’s priorities and further the Authority’s mission of providing a safe and reliable water supply to its current and future residents and businesses.”

At its meeting last night, the @SweetwaterAuth Governing Board appointed Carlos Quintero to the role of General Manager, effective September 27, 2021. Welcome Carlos! 👋 pic.twitter.com/njNRuX1aZt

Sweetwater Authority invests in the education of students in its service area to foster knowledge and appreciation for the value of water, and to bring awareness to the vital service the Authority provides to its customers and community.

The Authority, the Otay Water District, and the Chula Vista Elementary School District, recently announced that a new display will be added to the Chula Vista Hydro Station. The Hydro Station opened two years ago on August 15, 2019, at the Richard A. Reynolds Groundwater Desalination Facility. The Sweetwater Authority and CVESD worked together to create the new display for students.

A record slow start to the mountain snowpack across the West. The red dots show... mountain locations with their lowest snowpack on record for Dec 3rd. Most sites have about 40 years of observations.