The 20-year battle between seawater desalters and Orange County environmentalists and community activists neared a turning point Thursday, the first in a series of final public hearings around a Huntington Beach desalination plant proposal before local regulators.

Hearings and public comments at the state regional water board started Thursday, are continuing today, and could continue to Aug. 7, if needed, with a vote on the required permits for the $1 billion water desalting project planned at the end of the hearings.

Proposed by the Poseidon Water company, the project has become one of the largest battles over Orange County’s coastline in decades.

Water agency customers in several San Diego County communities have received scam phone calls this week demanding immediate payment of water bills by credit card or their water will be turned off.

Don’t be fooled. Hang up. 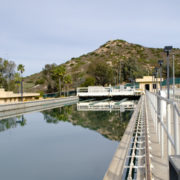 The city typically takes advantage of lower summer lake levels every year as part of a process to maintain the water quality and for maintenance.  Water drawn down from Lake Poway is sent to the Lester J. Berglund Water Treatment Plant for treatment. Replacement water is added back in from supplies the city purchases from the San Diego County Water Authority.

Drinking water is not being discarded. Instead, the City of Poway is moving drinking water into the delivery system for treatment, and holding back on replenishing the lake until the maintenance project is complete.

“It’s not unusual for the water level to be down in the lake this time of year,” said Allie Margie, Recreation Supervisor at Lake Poway. “Our night fishing and catfish restocking schedule aren’t affected – and with less water and more fish in the lake, your chances of making a catch might be better than ever.” 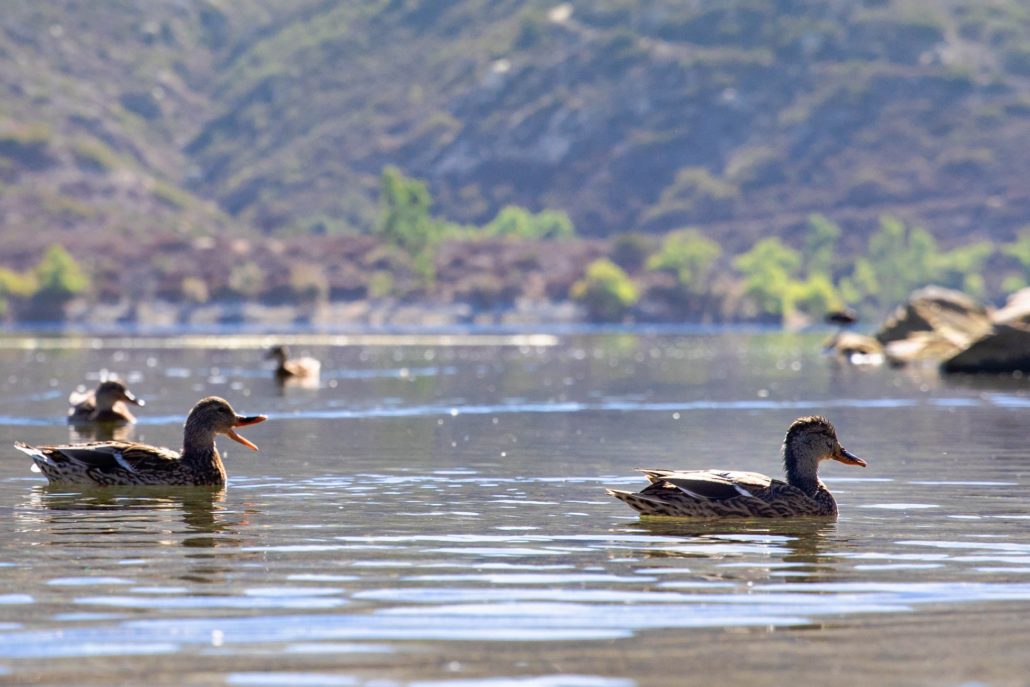 Poway operates a modern water treatment and distribution system. Lake Poway serves as a storage reservoir for imported water from both the Colorado River and Northern California.

Water flows through the Berglund Water Treatment Plant, where approximately three billion gallons of drinking water are treated every year for the citizens of Poway. Once treated, the drinking water enters a system of pipes, pump stations, reservoirs for delivery to customer’s homes and businesses.

Gov. Gavin Newsom’s new blueprint for California water policy offers a stay-the-course agenda for projects and policies intended to help cope with a warming climate and more volatile weather patterns that already are affecting the state’s irrigation, environmental and drinking water supplies. There are no moonshots and few surprises, and that’s fine; it will be challenging enough to ensure that all Californians are hooked up to safe and reliable water supplies to meet their needs for the coming decade and beyond.

The San Diego County Water Authority has an annual Aqueduct Operating Plan, and the SDCWA’s 2020-2021 plan was presented at the Thursday, July 23, CWA board meeting as a non-voting item. The 2020-2021 plan includes shutdowns due to planned maintenance, and Fallbrook Public Utility District and Rainbow Municipal Water District turnouts will be impacted by a November shutdown to Pipelines 1 and 2 and a March 2021 shutdown to Pipeline 5.

The project is a collaboration between OMWD and San Elijo Joint Powers Authority since 2014 to bring recycled water to the Village Park neighborhood. San Elijo Water Campus, located in Cardiff-by-the-Sea, uses a combination of sand filtration, microfiltration, and reverse osmosis to produce high-quality water for irrigation and industrial uses.

A July 23 SDCWA board vote approved a professional services contract with AECOM for $465,069. The CWA issued a request for proposals for a single contract for the two adjacent sites; the Dulin Hill Erosion Repair consultant work will be for technical support while the San Luis Rey Habitat Management Area Restoration activities will include design, bidding and construction support services.

If constructed, the proposed 140-mile Lake Powell Pipeline would be a multi-billion dollar project, one of the most expensive in state history.

Although the pipeline would only serve Washington County, its proponents want the entire state to subsidize the LPP. As taxpayers who’d be required to pay for this mammoth project, we deserve accurate information and well-reasoned analysis that demonstrates the need and economic viability of the pipeline. Instead, studies by the Division of Water Resources (DWR) and the Washington County Water Conservancy District (WCWCD) are biased, incomplete and don’t fairly consider feasible, much less costly alternatives.

If you’re reading this, chances are you don’t really have to think about where your drinking water is coming from, how your food was grown, or what effects such processes have had on the environment. Specifically, in reference to our drinking water, around half of the US population gets their drinking water from either public or private wells.