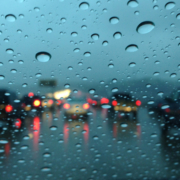 Following the latest storm, two-day precipitation totals on Dec. 7 showed rainfall of 2.6 inches at San Diego’s Lindbergh Field, San Diego’s official weather station. Regional readings ranged from a high of 3.23 inches in the University Heights area of San Diego, to 1.1 inches in Lakeside and less than an inch in the county’s desert areas.

To put the water season in perspective, average rainfall at this time of year is about 1.8 inches.

Sierra Nevada Snowpack off to a Fast Start

In Northern California, late-fall storm systems have dropped a generous amount of snow in the Sierra Nevada, which had been very dry through mid-November. Many mountain areas are reporting twice the average snowpack for mid-December.

More than 60 percent of the state’s water supply comes from Sierra Nevada snowpack as it melts and releases water to lower elevations.  The more snow that falls each winter, the more protection the state builds against drought the following year.

The news is also positive in the Rocky Mountains, though the Upper Colorado River Basin has been struggling with drought for nearly two decades. Rainfall was at 119 percent of average in mid-November.

Even if weather conditions were to dry out through September 2019, the Water Authority and its member agencies have enough water supplies to meet regional demands for the foreseeable future. This is possible due to a combination of drought-resilient local and regional water resources, including the Claude “Bud” Lewis Carlsbad Desalination Plant, conserved agricultural water transfers, savings from canal lining projects, and continued water-use efficiency measures.

A weak El Nino is expected to form and continue in the Northern Hemisphere this winter and into the spring. As a result, the U.S. Seasonal Drought Outlook released on Nov. 15 favors drought improvement or removal for California and the southern portion of the Southwest.

Meteorologist Alex Tardy of the National Weather Service San Diego office predicted near-average precipitation in the region in his 2018-2019 outlook, noting that “past precipitation events have been extreme” with extended dry periods between storm patterns that bring heavy rain. 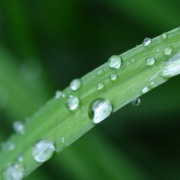 Approximately half of the water spent by average California homes is used outdoors, mostly for irrigation. Unfortunately, up to half of commercial and residential irrigation water is squandered by evaporation, wind, improper system design, or overwatering, according to the U.S. Environmental Protection Agency.

During the winter in metropolitan San Diego County, healthy soil can absorb water in surprisingly large quantities to be released slowly to plants as they use it during drier months – like using a savings account to pay for expenses over time.

That’s particularly true during wet spells like we’ve had in late November and early December 2018; no need to spend irrigation water when Mother Nature is making the deposits for you.

Water that enters the soil as rain or irrigation is like a deposit into a soil checking account.

By keeping track of those transactions of water in and water out, it is possible to know how much water in the soil “reservoir” is available in the landscape at any given time for the plants to access.

The initial soil bank balance is determined by direct observation or is assessed after a thorough wetting of the soil by irrigation or winter rains. Every day, plants take small amounts of water from the soil. Rain and irrigation fill up the water bank again. The trick is to make sure this “account” does not get overdrawn.

How can you tell when the account is depleted? Smart irrigation controllers and landscape professionals can calculate this for you. You can also rely on a soil probe, or even testing the landscape by feeling the soil surface with your fingers.

Back-to-back California storms blanket the Sierra Nevada in snow, more than twice the snowpack level compared to this time last year, with winter still nearly two weeks away. At the same time last year, the Sierra snowpack was 47 percent of average, the San Francisco Chronicle reported Friday. A series of systems starting around Thanksgiving dropped several feet (meters) of fresh powder in some mountain areas.

San Diego welcomed an unexpectedly large amount of rain since mid-November, surpassing last year’s rainfall total in just the first 10 weeks of the season. Following the latest storm, two-day precipitation totals on Dec. 7 showed rainfall of 2.6 inches at San Diego’s Lindbergh Field, San Diego’s official weather station. Regional readings ranged from a high of 3.23 inches in the University Heights area of San Diego, to 1.1 inches in Lakeside and less than an inch in the county’s desert areas.

The Imperial Irrigation District, which holds some of the oldest and largest rights to Colorado River water, on Monday tentatively agreed to a one-time contribution of up to 250,000 acre-feet of surplus water if needed to stave off shortages in Lake Mead. But they tacked on several last-minute conditions aimed at easing farmers’ fears of permanently losing water, and to force federal and state officials to guarantee funding for clean-up of the Salton Sea.

An updated Day 3-7 Hazards Outlook has been issued. ... https://www.wpc.ncep.noaa.gov/threats/threats.php

And now the forecast for storm #2 (Mon-Tue). This system is expected to be much ... colder, dropping snow levels to 2000-2500 ft! Gusty winds and widespread rain are also expected. Be prepared for hazardous travel conditions.