he final figures won’t be available until midnight. But San Diego will end the current rainy season (October 1-September 30) with roughly 3.34 inches of precipitation, which is 7 inches below average, says the National Weather Service. The deficit is even bigger in Ramona, which recorded approximately 5.80 inches of rain, which is 10.24 inches below average.

Once considered pipe dreams, the concept of saving the Salton Sea by tapping ocean water from Mexico, to keep the accidental salt lake from drying up, will get an official consideration at two meetings in the desert this week. The California Natural Resources Agency will look at three competing proposals at a hearing in Coachella Monday, and in El Centro on Thursday.

Light showers could hit parts of Los Angeles County beginning late Monday as a low pressure system moves onshore, with some areas across the region expected to get up to an inch of rain on Tuesday, forecasters say. The eastern end of Los Angeles County, including Azusa, could get less than a 10th of an inch of rain starting Monday after 6 p.m., said Kathy Hoxsie, a meteorologist with the National Weather Service. A slight chance of isolated thunderstorms is also forecast.

When it comes to water, arguably the most important resource in the Imperial Valley, conservation is essential to the long-term success of the local farming community and to area residents. The Imperial Irrigation District, the fourth-largest irrigation district in the nation, is responsible for delivering water to about 500,000 acres of farmland. IID manages the largest gravity-fed irrigation system in the Western Hemisphere, delivering Colorado River water — via the All-American Canal — for agricultural, urban, industrial, environmental and recreational use.

Once considered pipe dreams, the concept of saving the Salton Sea by tapping ocean water from Mexico, to keep the accidental salt lake from drying up, will get an official consideration at two meetings in the desert this week. The California Natural Resources Agency will look at three competing proposals at a hearing in Coachella Monday evening, and in El Centro on Thursday. One group of engineers proposes a pumping plant in Mexico to lift the water 100 feet, 130 miles of canals, a four-mile pipe under the U.S.-Mexico border, and a power plant to generate electricity as the water falls 225 feet down to the Salton Sea.

The remnants of Hurricane Rosa were expected to drop rain in the San Diego region Monday, a National Weather Service forecaster said. The storm already brought higher-than-normal surf levels to the coasts Saturday night. The waves were expected to peak Sunday night through Monday evening, before decreasing into Tuesday, according to the National Weather Service. Waves of three to five feet with sets to seven feet were predicted for San Diego County beaches, the NWS said. The swell direction was expected to give south-facing beaches the highest surf, such as Coronado and the Orange County coast.

The San Diego County Water Authority presented its 2018 Water Innovation & Efficiency Award to Kyocera for reducing its annual water use by more than 6 million gallons at its San Diego facility, a decrease of nearly 20 percent since 2014. The award marks the Water Authority’s inaugural effort to recognize water-efficiency investments among the region’s top manufacturing companies in conjunction with the Industrial Environmental Association. The 2018 Water Innovation & Efficiency Award was announced at the IEA’s 34th Annual Environmental Conference at the San Diego Convention Center.

A $500 million dollar project to ensure East County communities have enough water for the future is currently undergoing a financial review, which could determine if the East County Advanced Water Purification Program moves forward. The program would convert wastewater that goes down drains and toilets into purified drinking water. The goal is to supply about 30 percent of the drinking water in East County by 2025, at a cost comparable to imported water. 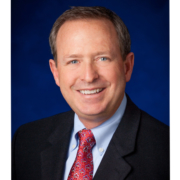 Former City Councilman Jim Madaffer will begin a two-year term on Oct. 1 as chair of the San Diego County Water Authority board. Madaffer, who represents San Diego on the 36-member board, was vice chair and in line to assume the top role. He succeeds Mark Muir, who represents the San Dieguito Water District. “The Water Authority is one of our region’s most important institutions, and I’m committed to continuing our long tradition of providing safe and reliable water supplies that sustain 3.3 million people and our $220 billion economy,” said Madaffer.

The San Diego County Water Authority honored Japanese ceramics and electronics manufacturer Kyocera for reducing the annual water usage by its San Diego plant by nearly 20 percent since 2014. The Water Authority presented Kyocera with the Water Innovation & Efficiency Award at the Industrial Environmental Association’s 34th annual Environmental Conference at the San Diego Convention Center. The award is the agency’s inaugural recognition of San Diego companies that are mindful of their water usage. Kyocera has reduced its water usage by more than 6 million gallons since 2014, resulting in an annual reduction of $62,500 in water costs, according to the Water Authority.

Sweetwater Authority is now accepting applications for a Chemist. As part of our... Water Quality department, the Chemist plays a vital role in keeping the water our customers depend on safe. Find the full job description and online application at http://www.sweetwater.org/jobs

"It has made staying at home much easier during the pandemic.”
El Cajon resident Patricia Wood, inspired by her daughter Kimberly, transformed a thirsty lawn with gopher holes into a wheelchair accessible garden, winning “Best in District” in the Otay Water District 2020 WaterSmart Landscape Contest. bit.ly/3fLZHE0 ... see moresee less

The winning landscape is an accessible garden with well thought-out design, efficient irrigation, and app...
view on facebook
·share