Between 60 and 90 percent of the world’s fresh water is frozen in the ice sheets of Antarctica, a continent roughly the size of the United States and Mexico combined. If all that ice melted, it would be enough to raise the world’s sea levels by roughly 200 feet. While that won’t happen overnight, Antarctica is indeed melting, and a study published Wednesday in the journal Nature shows that the melting is speeding up.

A coalition of environmental groups has sued the California Delta Stewardship Council (CDSC) over what they say are violations of law affecting Delta environment restoration. The suit was filed May 25 in Sacramento Superior Court, where headquarters for the council are located. The plaintiffs include the Center for Biological Diversity, Friends of the River, Center for Food Safety, Sierra Club California, Planning and Conservation League and Restore the Delta.

A federal spending bill containing a provision that could spell disaster for opponents of the California WaterFix project passed an important hurdle when it was approved by the House Committee on Appropriations last week. The Fiscal Year 2019 Interior and Environment Appropriations bill, introduced by Congressman Ken Calvert (CA-42), includes a rider identified as Section 437. If approved, the rider on page 141 of a 142-page document will exempt the California WaterFix project from state and federal judicial review.

A June 28 San Diego County Water Authority hearing will determine the SDCWA’s rates and charges for 2019, but the SDCWA is likely to have a lower rate increase than in past years. A May 24, CWA board vote set the June 28 hearing date for the proposed rates and charges which included a 2.9 percent increase for untreated water supply and an increase of 0.9 percent for treated water. The cost for member agencies to purchase untreated water including both supply price and other charges would increase from $1,303 to $1,341 per acre-foot while the price of treated water would rise from $1,603 to $1,617 per acre-foot. 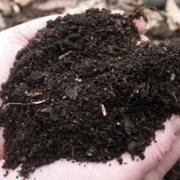