Chula Vista, Calif. – In order to secure additional water sources for our customers, Sweetwater Authority initiated a controlled transfer of water from its two reservoirs on Monday, January 11, 2021. 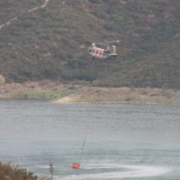 Water agency infrastructure, employees and the public were directly threatened. The fire started in Alpine near the Sweetwater Authority Loveland Reservoir. Employees and anglers at the reservoir had to be evacuated.

Reservoir water was used throughout the firefighting efforts. Designated as critical infrastructure, Loveland was protected by fire crews, who used bulldozers on the property to create fire breaks.

Sweetwater Authority also made water tankers available to provide drinking water to crews and other agencies working the fire. 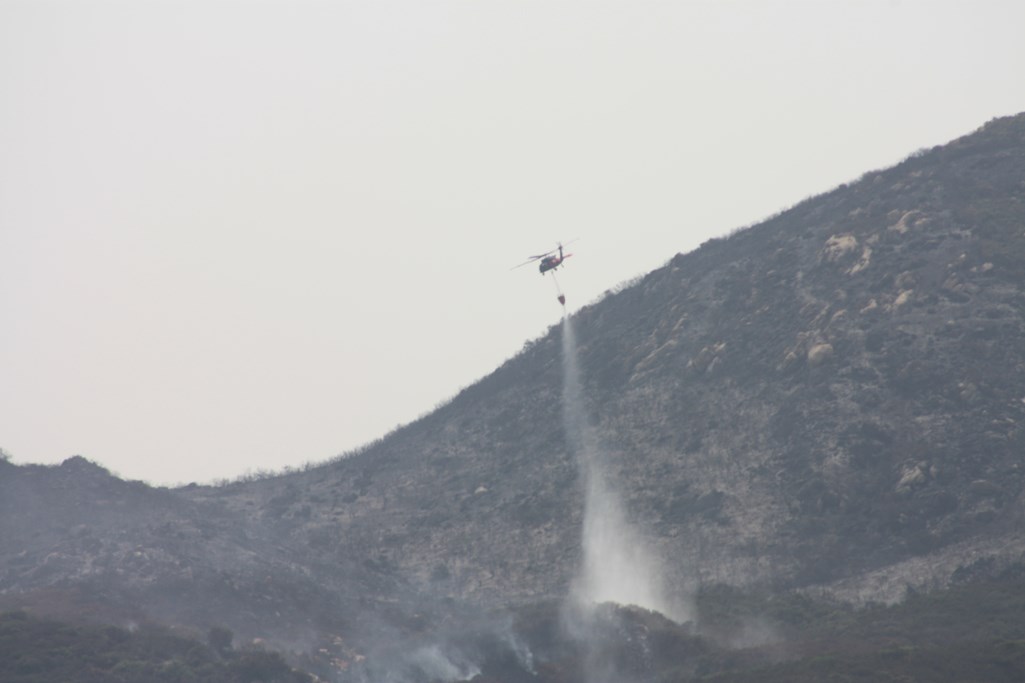 A firefighting helicopter makes a water drop on the Valley Fire near Alpine in September 2020. Photo: Sweetwater Authority

Infrastructure at Loveland Reservoir to protect water quality and provide for recreation was protected and did not sustain damage during the fire.

“We are grateful to the firefighters who worked tirelessly to protect Loveland Reservoir,” said Sweetwater Authority General Manager Tish Berge. “This reservoir is crucial in providing local water and keeping water rates low for our customers.”

The region was in the early stages of a prolonged heatwave when the fire started. The San Diego Union-Tribune reporters covering the fire wrote on September 5:

El Cajon hit 114 degrees and Alpine reached 113 — the highest temperatures ever recorded in those communities — while Ramona got to 112 and San Diego State University topped out at 105, according to the National Weather Service.

By Saturday night, fire fighters were working to control a wildfire that grew to more than 1,500 acres in the rural Japatul Valley area of East County, threatening homes and forcing evacuations.

“We’re throwing everything at it,” said Cal Fire spokesman Kendal Bortisser, as teams used helicopters and air tankers to make water drops. “It is going to be an extreme-attack fire. It is nothing we are putting out tonight.”

The Otay Water District safely curtailed electric power at its facilities during the Valley Fire as requested by SDG&E to help alleviate fire and weather concerns.

In addition to the prolonged heatwave and the Valley Fire, SDG&E continued to monitor potential high fire risk weather conditions. Those conditions may have forced SDG&E to shut off power to reduce the risk of a wildfire. Prior to the Valley Fire, Otay encouraged customers in its service area to safely conserve energy.

Fighting wildfires involves cooperation from many agencies. The Valley Fire is another example of how water agencies, and water infrastructure, are key parts of those efforts. The cause of the fire remains under investigation. 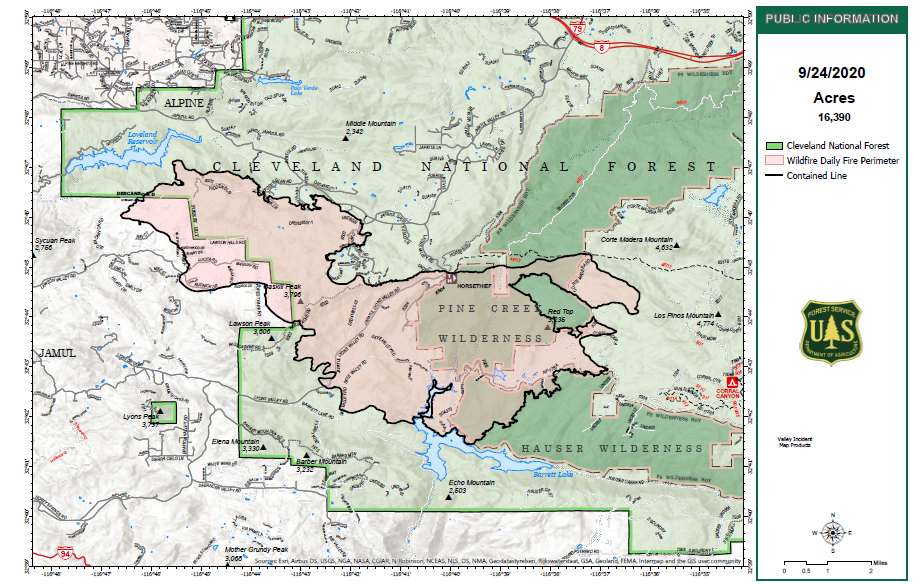