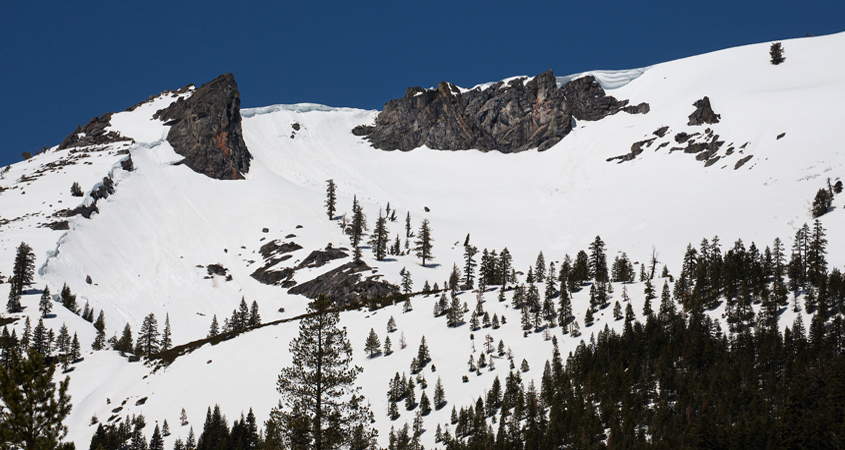 Associate Professor Amato Evan at UC San Diego’s Scripps Institution of Oceanography analyzed snowpack data from 1982 through 2017, publishing his analysis in the December Journal of Applied Meteorology and Climatology, and presenting his findings at the American Geophysical Union Fall Meeting in Washington, D.C.

Evan found no decline in snowfall totals overall, but he discovered snow in mountainous regions is disappearing earlier in the year – in line with earlier projections and modeling. California and other western states rely heavily on snowfall and snowpack for water. When the snowpack melts, it fills reservoirs, a vital resource for cities and farms.

Three decades of investments to diversify the San Diego region’s water supply sources with seawater desalination, recycled water and other supplies have lessened the local impact of snowpack variations, said Dana Friehauf, water resources manager for the San Diego County Water Authority. The San Diego region relies on snowmelt in the Rockies and the Sierra Nevada, along with a variety of local water resources. In addition, the Water Authority has expanded local water storage by raising San Vicente Dam and more than doubling the reservoir’s capacity. That allows the region to hold more imported supplies during wet years to prepare for dry ones.

“By increasing water-use efficiency and investing in drought-resilient supplies and local storage, the San Diego region is less susceptible to changes in snowmelt,” said Friehauf. “But climatic shifts likely will be an important factor in water management across the West for years to come.”

Evan used data for his research collected from a network of over 400 snow telemetry sensors across the western U.S. The sensors compress and expand as snow falls and melts, measuring the weight of the snowpack throughout the season. Evan developed a mathematical expression he could apply to the observations which can identify trends in snowpack variations over the course of the winter season.

Second, higher elevations are showing snowpack characteristics normally found at lower altitudes, with a gradual build up and gradual decline. This translates into less snow and earlier melts. While this has been shown in climate model simulations, the Scripps study is the first time it has been observed. Evan’s findings are consistent with numerous other methods of measuring changes in the seasons.

“The power of this work was the ability to examine how and why snowpack is changing throughout the year,” Evan said in a Scripps news release. “In terms of freshwater in the West, the total amount of snow we receive during the year is important, but how long into the spring that snow stays frozen up in the mountains is also critical.”

The Scripps research was supported by funding from the Climate Program Office at the National Oceanic and Atmospheric Administration.

Interested in using grey water to reduce your outdoor water use? Check out the ... @wcgarden's upcoming #FREE online workshop “Grey Water…To Pump or Not to Pump?” on July 23 at 11 a.m. Register at http://hwd.fyi/mdb.
#sustainability #cawater #GreenHelix

... Make sure you're drinking plenty of fluids, staying out of the midday sun, and checking up on neighbors and relatives. Take extra precautions if you must be outside.

Our water supplies are the basis of economic recov

"Although we regularly practiced extremely good hygiene at the plant. We now have taken extra precautions such as, wearing facemasks, and maintaining social distancing. Temperature stations are now our new norm."