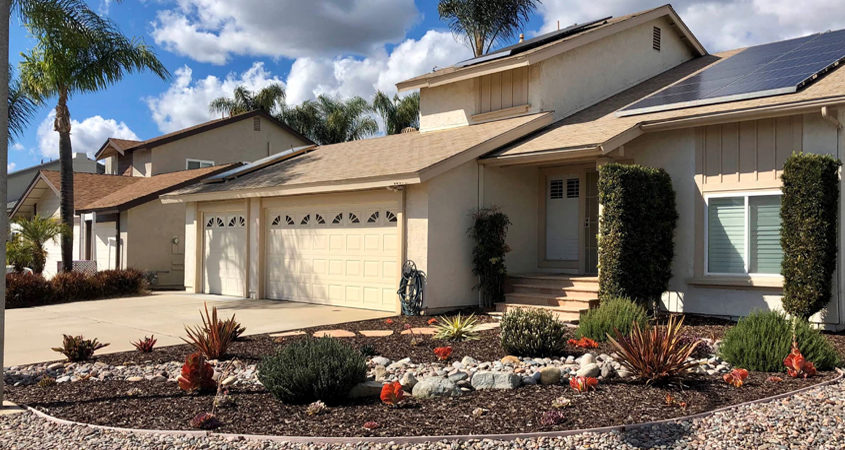 Santee homeowners removed grass, replaced the turf with a colorful, WaterSmart landscape, and won a landscape makeover contest too.

Melissa and Josh Perrell’s new landscaping at their Santee home is bursting with bright colors. Vibrant pink, orange, purple and red succulents are interspersed among lush rosemary and lavender bushes. Even more impressive, it didn’t take a single drop of irrigation over the past year to keep it thriving. 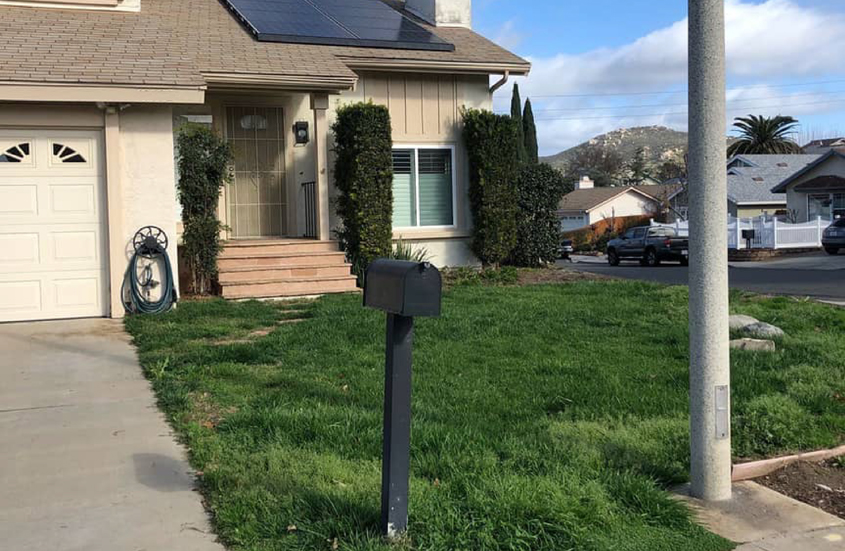 The Perrells landscaping prior to its makeover. Photo: Padre Dam Municipal Water District

The Perrells decided to remove their lawn about two years ago. They wanted a low-water option that would look healthy year-round and require little maintenance. They were tired of spending time mowing it and using large amounts of water to keep the grass alive only to see it get brown during summer months.

The couple learned about the Turf Replacement Rebate Program and applied for the program. To remain within the budget provided, they decided to tackle the installation themselves. This gave them the opportunity to design their own landscape, support local businesses, and choose their own plants. The rebate is now up to $3 per square foot. 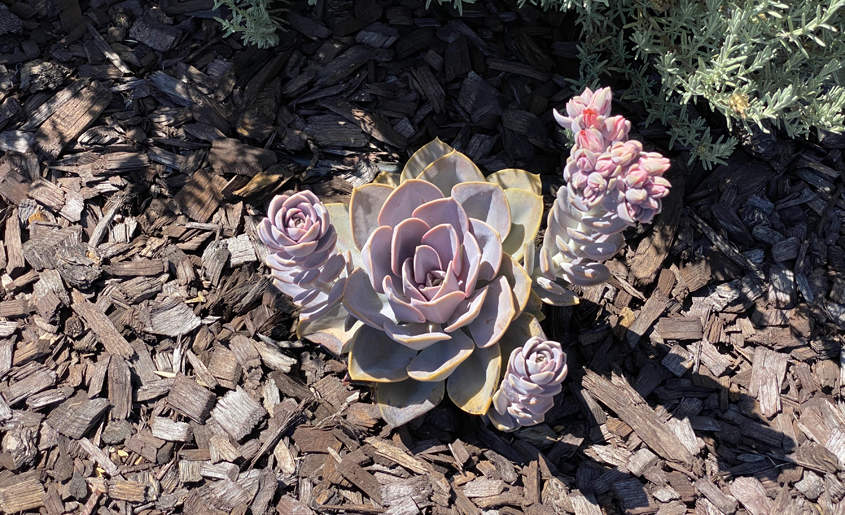 The Perrells chose easy care plants they would not have to prune or maintain. Photo: Padre Dam Municipal Water District

“We chose plants that were hardy so we wouldn’t need to replace them or do too much maintenance,” said Melissa Perrell. “We also incorporated rosemary and lavender because we think it’s neat to be able to cook with and use the plants that you have.”

One week to a beautiful new watersmart landscape 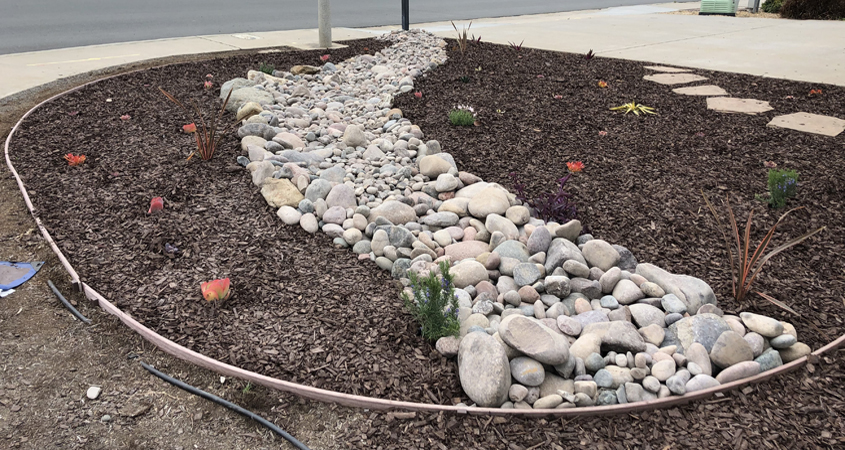 They used a local nursery to select plants that fit their style and budget. By working straight through the process, their landscape completely transformed in less than a week. Their DIY cost-saving approach meant that they were reimbursed for 100% of the cost of their new front yard through the rebate program. 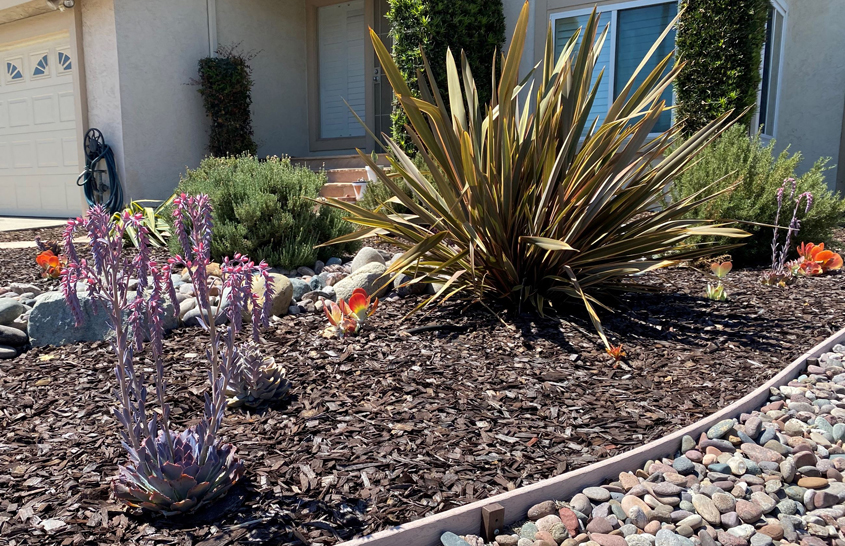 Melissa Perrell loves the low-maintenance needed to keep the new landscape looking its best with no pruning or trimming, and the different heights and colors of the plants. While they have a drip irrigation system in place, the Perrells were able to turn it off and let their landscape be completely watered naturally last year. They recently turned the system on again as the weather began to heat up at the end of June.

“It’s cool that it was something we were able to do together,” said Melissa Perrell. “It’s fun because our neighbors watched us put it in and now when we see them they say ‘Your yard’s looking really nice!'”

💧Meteorologists Forecast a Future Without Snow