For the moment, Mother Nature is smiling on the Colorado River. Enough snow has piled up in the mountains that feed the river to stave off a dreaded shortage declaration for one more year, according to federal projections released Friday afternoon. Just a month ago, forecasters expected Lake Mead to start 2020 about 17 feet lower than it is now, below the trigger point for a first-ever federal shortage declaration on the drought-stricken river.

California remains a holdout on a drought emergency plan for the Colorado River that is due next Tuesday by all seven river states. Holding up the plan has been a fight between two powerful water agencies in Southern California. The drought contingency plan is designed to produce voluntary cuts that would keep the river and Lake Mead from reaching critically low levels. If the plan doesn’t get finalized, the federal government could step in and force mandatory cutbacks instead of voluntary ones for a river that serves 40 million people and some 5 million acres of farmland. 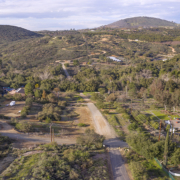 San Diego County Water Authority crews successfully completed the first of three coordinated shutdowns of the First Aqueduct in early March to launch a major renovation of dozens of structures on two pipelines, including the historic Pipeline 1 that first delivered imported water to the region in 1947.

The series of shutdowns was carefully planned for nearly four years to minimize impacts on the community and retail water agencies during retrofits of Pipelines 1 and 2, which comprise the First Aqueduct.

“The First Aqueduct has been a very reliable source of imported water for more than 70 years,” said Chris Castaing, operations and maintenance manager at the Water Authority. “These critical upgrades will make sure we can operate and maintain the pipelines for another several decades to transport water to the region for future generations.”

Started during the Water Authority’s 75th anniversary year, the $30 million First Aqueduct structure and lining renovation project is among the most complicated pipeline retrofits in agency history.

During the next two years, upgrades include replacing the lining on the steel pipe sections; removing 19 associated structures; and retrofitting 41 structures – all without jeopardizing water service to the region.

Project will enhance reliability and flexibility of regional water system 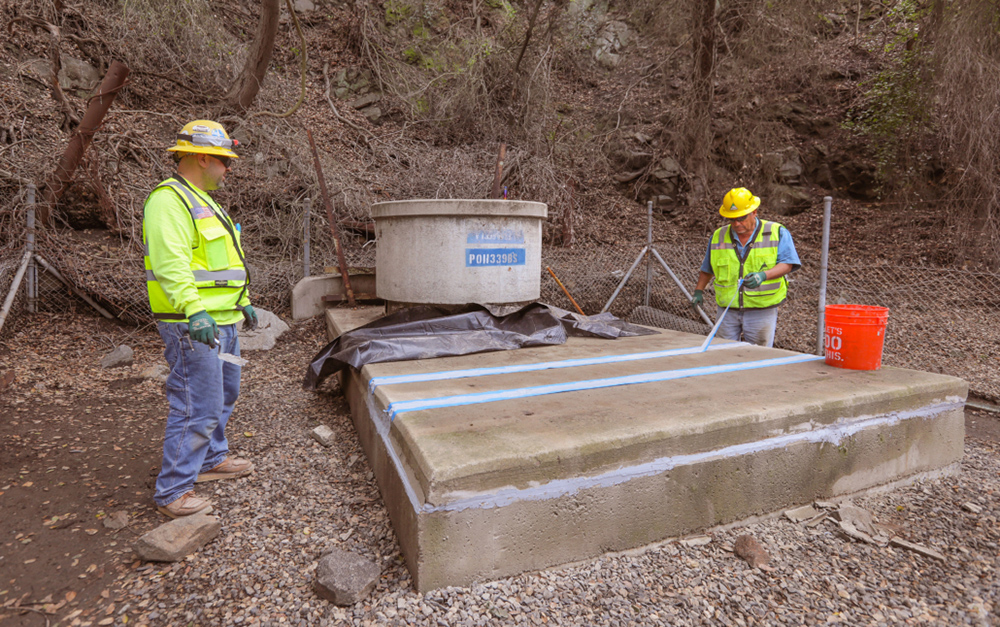 Crews complete work on and seal the top of a bifurcation structure. Photo: Water Authority

Pipeline structures that will be rehabilitated include valves, blowoffs, pump wells and access ways.

Approximately 4 miles of failing pipeline lining on the steel pipe sections will be carefully removed and replaced with new cement mortar lining. Cement mortar is the preferred material, because it protects the interior of the steel pipe from corrosion and premature failure, has a longer life, and is easier to maintain. The project also will add redundant connections to six flow control facilities between the two pipelines, greatly improving the aqueduct’s operational flexibility.

During the first shutdown between February 24 and March 5, crews isolated sections of the pipeline and took them out of service so work can be safely performed on those sections throughout the year. In late 2019, a second 10-day shutdown will allow crews to switch flows to the upgraded sections of pipe and isolate other sections for repairs.

In addition to completing the First Aqueduct structure and lining renovation project, the Water Authority also will perform assessments of 27 miles of the pipeline to determine if additional upgrades will be needed.

For the moment, Mother Nature is smiling on the Colorado River. Enough snow has piled up in the mountains that feed the river to stave off a dreaded shortage declaration for one more year, according to federal projections released Friday afternoon. Just a month ago, forecasters expected Lake Mead to start 2020 about 17 feet lower than it is now, below the trigger point for a first-ever federal shortage declaration on the drought-stricken river. But several weeks of winter storms across the Mountain States have cut the lake’s expected decline by Jan. 1 roughly in half, leaving the reservoir east of Las Vegas safely above the shortage line, according to the new figures from the U.S. Bureau of Reclamation.