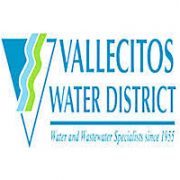 California cities and towns may find themselves on a water budget in the next decade under a pair of bills approved Thursday by the legislature. The measures follow Gov. Jerry Brown’s call to make water conservation a permanent way of life in a state long accustomed to jewel-green lawns and suburban tracts studded with swimming pools. More than a year of legislative negotiations reflected the enduring conflicts over state and local control. Though the bills establish a framework to end excessive urban water use, the proposals were substantially weakened by a series of amendments sought by water districts.

In the next 18 months, a small plane will fly over every city in California, recording data on what kind of plants are growing in our lawns, parks and street medians. That data will help determine where we’re wasting water, and help cities use it more efficiently. It’s a radical departure from the way water conservation has been done in California in the past, when, during water emergencies, state officials would simply instruct cities to cut usage by a certain percentage.

Proposition 68, which was placed on the ballot by the California Legislature, would authorize the sale of $4 billion in bonds to establish and rehabilitate state and local parks and to pay for environmental, water infrastructure and flood protection projects. Opponents raise fair questions about the wisdom of new state borrowing in a year in which the state is running a big surplus. Supporters respond by saying it’s traditional to use bonds to pay for capitol improvements and by emphasizing the bond responds to real needs, starting with its focus on adding parks to neglected poor communities.

The Salton Sea is steadily disappearing, and communities near it are literally being left in the dust. California’s largest body of water — located in Imperial County near the Mexico-U.S. border — has been sinking for years, and dust clouds containing heavy metals, agricultural chemicals and fine particulates connected to asthma and other diseases are harming young people in that area. Children living in Imperial Valley have higher rates of respiratory problems compared to children elsewhere in the United States, according to a recently released government-funded survey conducted by researchers at the University of Southern California.

The Trump administration on Friday named Mike Stoker, a Santa Barbara County attorney and former oil company spokesman who some credit with coining the “lock her up!” chants against Hillary Clinton at the Republican Convention in 2016, as the new West Coast head of the U.S. Environmental Protection Agency. Stoker will lead the U.S EPA Region 9 office, which is based in San Francisco. The office oversees a wide variety of subjects, from air pollution fines against oil refineries to drinking water issues and wetlands permits for developers in California, Arizona, Hawaii, Nevada, and the Pacific Islands.

Three hundred miles to the south, our society rewards the makers of tech trinkets with the greatest fortunes ever amassed in history — largely, infamously untaxed. Meanwhile, a coalition of government officials here and in Sacramento is asking you to pay a little more to ensure that everyone in the state has access to clean drinking water. It’s true, clean drinking water is an admirable goal for all and a sad memory for some. Just ask the residents of Flint. 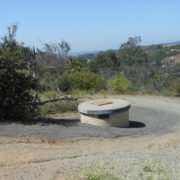 A major water pipeline that runs through rural North County is getting the water industry’s version of a makeover.

The San Diego County Water Authority plans to start relining one of its regional wholesale water pipelines in fall 2018, extending its service life by more than 75 years. Construction is expected to last about one year, and most of the $24 million project will take place underground with few impacts to nearby residents.

Relining projects rehabilitate segments of pipelines based on their age and the need for improvements. Proactive assessments help the Water Authority avoid pipeline failures by identifying potential risks before they cause problems.

The Pipeline 5 Relining Project involves upgrading approximately 2.3 miles of pipeline in eight segments along a 9.5-mile stretch of pipeline that runs through Fallbrook. The Water Authority’s project team hosted an open house for residents and answered their questions at the Fallbrook Library on May 1.

The Water Authority manages 310 miles of large-diameter pipeline to convey water throughout San Diego County. Approximately 82 miles of these pipelines were installed between the early 1960s and late 1980s. These pre-stressed concrete cylinder pipes (PCCP) are made from a combination of steel and concrete.

First used during World War II to help minimize the use of steel, this pipeline type is used extensively around the world. Numerous failures in similar pipes nationwide prompted the Water Authority to take proactive measures to reinforce its PCCP pipelines with steel liners starting in the early 1990s.

Proactive assessments help the Water Authority avoid pipeline failures by identifying potential risks before they cause problems. To date, the Asset Management Program has saved water ratepayers more than $200 million by prioritizing repairs, avoiding unnecessary work and maximizing the service life of the region’s large-diameter water conveyance system, which includes pipelines ranging in diameter from 20 inches to 9 feet.

Water Authority construction crews will conduct most of the work underground, inside the pipe. They will access the pipe by excavating, establishing, and entering the pipeline through nine access sites, or portals. The portals are excavated pits 25-feet wide by 60-feet long and spaced roughly 525 to 2,500 feet apart. At each portal site, 40 feet of existing pipe is removed to permit access inside the pipe.

Work isn’t active at all portals at the same time; crews will shift from one portal to another. Much of the work associated with the project will be within public street rights-of-way.

When the project is finished, the Water Authority will have rehabilitated approximately 47 miles of the 82.5 miles of PCCP in its system.

More information about the Fallbrook project, including details about upcoming meetings is on the Water Authority’s project webpage.

7 AM radar showing scattered showers moving SW to NE, and a few thunderstorms ... off the San Diego County coast. Showers will continue through the die, dwindling this afternoon.

T-Storm chances will mostly shift to mountains/deserts this afternoon.