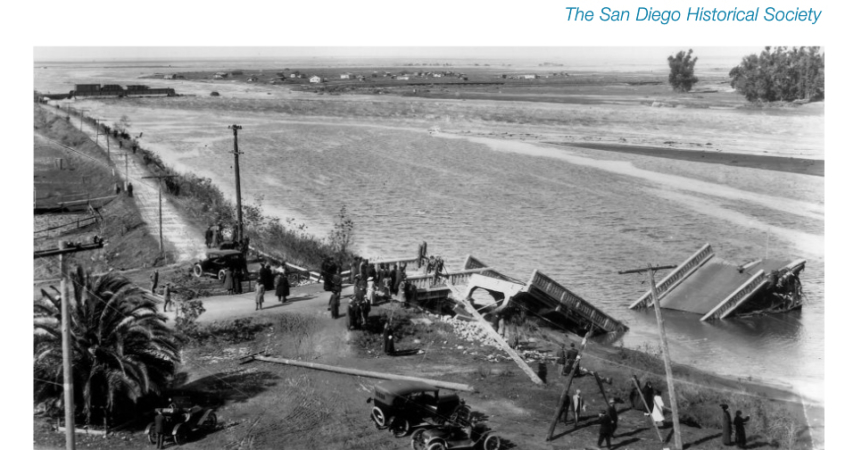 Despite the construction of magificent new dams, the San Diego region suffered from lack of water supplies due to a ten-year drought. Desperate for rain, the City of San Diego hired rainmaker Charles M. Hatfield in December 1915 for $10,000 with the promise he could fill the Morena Reservoir.

From January 15 – 20, 1916, it rained throughout San Diego County. The San Diego River rose six feet, creating a mile-wide flood in Mission Valley. Roads and bridges throughout the county were wiped out. But the Morena Reservoir wasn’t full. Citizens wanted the City Council to stop paying Hatfield to make rain, but it refused.

From January 25 – 30, it rained another 14 inches in the mountains. Flooding damaged the Sweetwater Dam, and destroyed the Lower Otay Dam. Bridges, railroads and highways were gone. Fourteen people died in the flooding.

Whether it was simply a coincidence, or whether Hatfield really did make it rain, no one will ever know for sure. San Diego County has never recorded a wetter two-week period in the 102 years since January 1916.