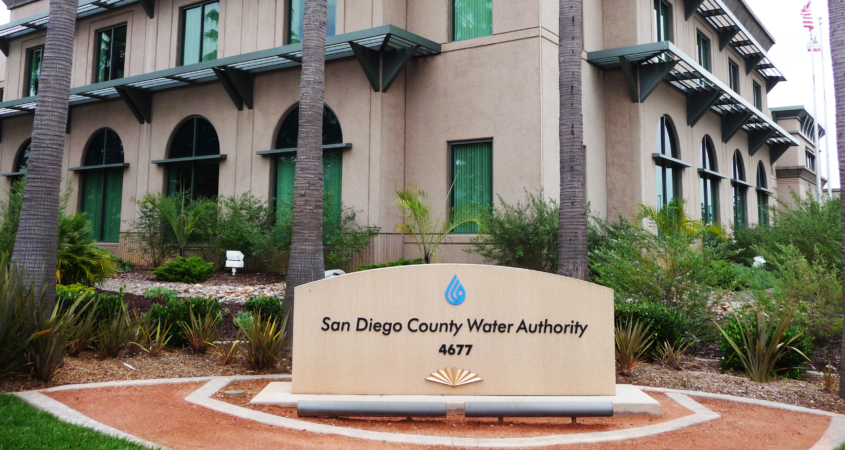 The San Diego County Water Authority’s Board officers Thursday thanked the Metropolitan Water District of Southern California for making a public offer to settle litigation over MWD’s rates, and directed staff to take the following actions:

“Given MWD’s current willingness to discuss settlement in a fully transparent and public process, the Water Authority is more optimistic than ever that an enduring settlement can be reached,” Water Authority Board Chair Jim Madaffer said after Thursday’s (Nov. 21) Board meeting.

“We must carefully consider all aspects of an agreement that will affect our economy, children and grandchildren,” Madaffer said. “That’s why we welcome the opportunity to engage fully with MWD in a public process. Discussions directly with the general managers will increase the likelihood of finding common ground early in the new year.”

MWD’s settlement proposal on Nov. 15 marked the start of public negotiations following more than a year of confidential discussions that didn’t yield an agreement. It followed on letters from the Water Authority to MWD on Nov. 8 and Nov. 12 stating the Water Authority’s belief that the agencies were nearing a point where they could soon resolve most or all of the litigation.

“We appreciate MWD’s desire to resolve our differences, and we are fully engaged with the same goal,” said Water Authority Board Secretary Christy Guerin, who is leading the agency’s settlement efforts on behalf of the Board of Directors.

💧 Opinion: Cross-border ... sewage spills are an emergency – it’s time for the county to treat them like one

"Continuing to improve our water systems relies on collaboration across all ... groups of water users and all stakeholders." - Karen Ross

Deadline for the public to submit written feedback on California's draft #WaterResiliencePortfolio is Feb. 7. https://bit.ly/30JVn29 #cawater

One of our deployed IMETs, who is about to return home, caught this touching ... tribute to the Australian "firies" on one of his last nights down under.

With approximately 1,400 water and wastewater jobs expected to open up across San Diego County in the next five years due to retirements, the industry offers promising opportunities. Explore career opportunities at 👉 sdcwa.org/careers ... see moresee less

"Continuing to improve our water systems relies on collaboration across all groups of water users and all stakeholders" - Karen Ross, California Secretary for Food and Agriculture.