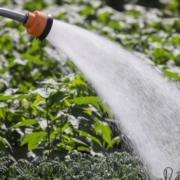 Unlike the current transitional program, the new program will allow new participants to join as a way to strengthen the region’s multibillion-dollar agriculture industry. The program will take effect January 1, 2021, replacing the current program that ends December 31.

The Water Authority will be working closely with its 24 member agencies to implement the program for 2021 by providing program details, such as qualifying criteria and the signup process. Participants in the existing transitional program will be allowed to take part in the permanent program on a temporary basis while being screened for eligibility under the new program. Member agencies have six months, through June 30, 2021, to verify eligibility for existing customers for the new program.

“This unique program will benefit all regional water users and the county’s robust agricultural economy,” said Water Authority Board Chair Jim Madaffer. “It helps farmers sustain their operations – and thousands of jobs – while favoring residential and commercial water customers in the event of future water supply reductions.”

Farmers and growers who participate in the Water Authority program will receive a lower level of water service during water shortages or emergencies. That allows the Water Authority to reallocate those supplies to commercial and industrial customers who pay for full reliability benefits. In exchange, participating farmers are exempt from fixed water storage and supply reliability charges.

San Diego County is unusual among major metropolitan areas in the United States because it includes one of the country’s most valuable and productive farm sectors adjacent to one of the nation’s largest cities.

The region sustains 3.3 million people and a $245 billion economy, thanks to decades of regional investments in water supply reliability projects, including the nation’s largest seawater desalination plant and the biggest conservation-and-transfer agreement in U.S. history.

The Water Authority has provided lower-cost water to growers in exchange for lower reliability since October 2008, when the Metropolitan Water District of Southern California began phasing out a similar program. Since that time, the transitional Water Authority program continued with a series of extensions that expire at the end of 2020.

In June 2020, the Water Authority Board set calendar year 2021 rates and charges, including a rate category for the new ag program. Future rates will continue to reflect cost-of-service standards and be defined annually as part of the rate-setting process.

The new permanent special ag rate was recommended by the Water Authority’s Fiscal Sustainability Task Force, which is assessing a variety of issues to ensure the agency’s long-term financial health. Regional farming leaders provided input to the task force on the parameters of the new program, which will be reevaluated in five years to assess current and forecasted demands and supplies.