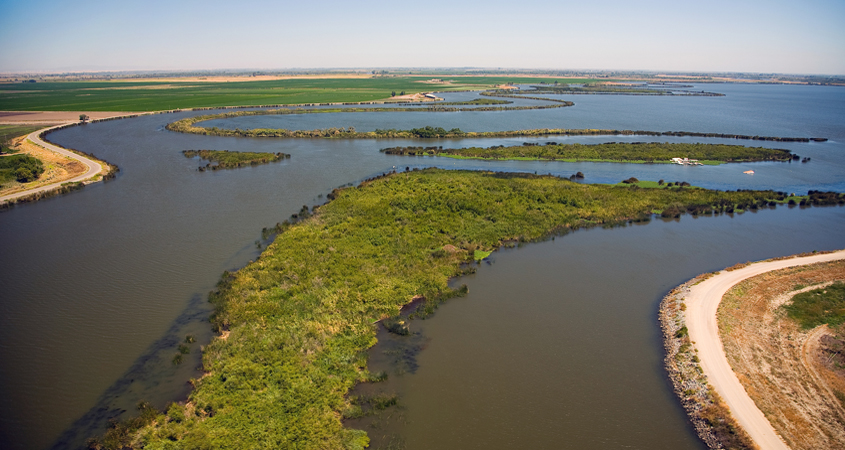 The Metropolitan Water District of Southern California has repeatedly said that the proposed $16.7 billion WaterFix project will cost homeowners $2 to $5 a month.

In reality, MWD’s own data and assumptions show the costs could be $21 a month for San Diego County homeowners when the project’s full debt payments are in effect. The costs would grow to more than $23 a month if MWD ends up paying more for the project – a real possibility given that the MWD board effectively gave the agency’s general manager a blank check for the project.

On April 10, MWD’s board committed $10.8 billion to the twin tunnels project in the Sacramento-San Joaquin Bay-Delta to stabilize its supplies from the State Water Project. This authorization more than doubled its previous pledge. MWD’s own documents show there will be no increase in water supply compared to spending $5.2 billion for a single-tunnel project.

MWD’s costs will impact customers differently across Southern California, depending on how much water their local agencies purchase from MWD.

San Diego County bills also will be affected by how MWD decides to recover its costs through rates and charges. Traditionally, the state Department of Water Resources has characterized facilities like the WaterFix as supply costs, however, MWD’s planning documents suggest that it plans to recoup WaterFix costs through its transportation rates.

If WaterFix costs are allocated to MWD’s transportation rates, average monthly household bills in San Diego County could rise by $21 in coming years because the Water Authority uses MWD’s aqueduct to transport large volumes of non-MWD water from the Colorado River to San Diego County.

If MWD allocates its WaterFix costs as supplies, average monthly household bills in San Diego County would rise by 55 cents to 80 cents when the project is implemented because the Water Authority’s purchases of MWD supplies are expected to continue dropping significantly in coming decades.

All costs would rise if the overall project bill grows beyond current projections.

The Bay-Delta is the hub of the State Water Project, the nation’s largest state-built water conveyance system. That system has become less reliable in recent decades as the environment has deteriorated. San Diego County’s reliance on Bay-Delta supplies has decreased significantly in recent years due to the Water Authority’s successful strategy to develop locally controlled, drought-proof water supplies, and long-term water-use efficiency measures by homes and businesses across the region.

The Water Authority’s Board of Directors has long supported the development of a cost effective and environmentally sustainable Bay-Delta solution, and it has actively engaged in long-running discussions about how to address region’s complex environmental and water supply challenges. The Water Authority’s Board has not taken a formal position on WaterFix because of key unanswered questions about who would pay project costs.

The current projected cost for WaterFix is $16.7 billion, and MWD’s Board voted April 10 to pay 64.6 percent. However, MWD Board left the agency’s actual WaterFix payment to the “reasonable discretion and judgment” of its general manager, to whom the Board also gave sole authority over determining the project’s final cost.

The Water Authority’s delegates to MWD’s Board voted against the funding proposal because MWD did not provide sufficient cost-benefit analysis of the options or enough time to fully evaluate the recommendations. Delegates from cities of Los Angeles, Santa Monica and San Fernando also voted against the proposal, which passed with 60.83 percent of the vote.

“Adán is a proven consensus builder who is ideally suited to lead ...Metropolitan’s diverse 26 member agencies during a period of historic transitions impacting water supply and the environment both in MWD’s service area and the Southwest."
— Water Authority Board Chair Mel Katz.

“Adán is a proven consensus builder who is ideally suited to lead Metropolitan’s diverse 26 member agencies during a period of historic transitions impacting water supply and the environment both in MWD’s service area and the Southwest." — Water Authority Board Chair Mel Katz. ... see moresee less