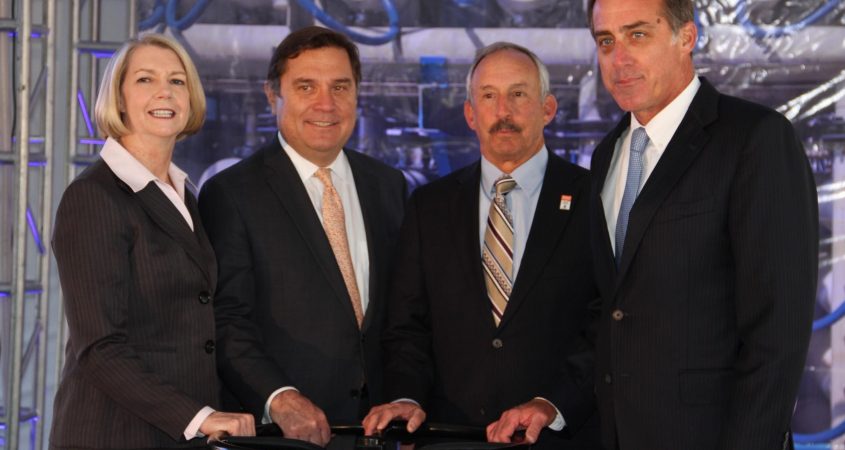 More than 600 elected officials, community leaders and project partners attended a dedication ceremony for the Claude “Bud” Lewis Carlsbad Desalination on December 14, 2015. During the dedication event, the plant was named in honor of the late Carlsbad mayor, who was instrumental in making Carlsbad the host city for the plant. The event culminated with a “turning of the wheel” to symbolize the start of the water delivery. The Carlsbad plant is the nation’s largest seawater desalination project, producing approximately 50 million gallons of water per day, or about 10 percent of the region’s water supply.